How live casino has evolved 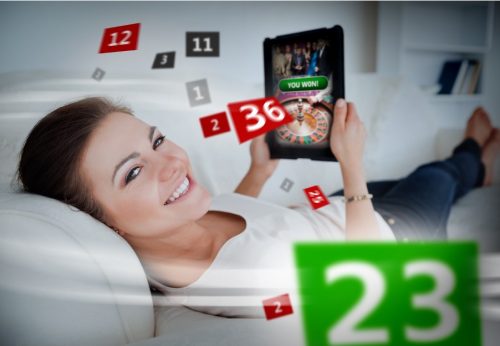 Gone are the days where playing at home has to be boring – with the introduction of live casino gaming, you can enjoy all of the fun and frolics of the casino scene without leaving the front door. But of course, it’s not always been that way.

At the very beginning, there was a struggle to even legalise the casino buildings themselves, let alone the advancements in technology that we enjoy today. With that in mind, let’s take a look at the journey that live casino has taken, and how much the games have evolved to get to the place that we recognise today.

With laws and regulations everchanging, gaming tables would operate on riverboats in some parts of America, until licenses became available and permanent establishments were forged. The first dedicated casino building was constructed in Renaissance Europe, predominately in parts of Italy and France. The initial casino structure was vastly different to what we know of today, with our traditional gaming setting not developing until the 19th century, starting in North America.

Online casinos made their mainstream debut in the mid-90s, thanks to the fully-functioning gaming software that was developed by a company called Microgaming, which were based on the Isle of Man. The site was released in 1994, starting off a craze that now makes up for nearly 50% of all casino gameplay.

From there, individual gaming sites were formed. 1998 saw the launch of “Poker Planet”, a site that only offered online Poker games to avid gaming fans. Surprisingly, despite the fact that dial-up internet had its issues and technology wasn’t quite advanced enough to fully support this kind of software, players would still flock to play Poker online regardless of the flaws.

In its earliest stages, live online casino services only offered Blackjack as a gaming option. This came after people found that simply playing the iconic card game over the computer lacked the ambience that you would find in a real-life casino. So the only solution seemed to be to inject a little more interaction into the at-home game.

As you can imagine, the initial efforts still left a little to be desired as they were simply streamed games from an active land-based casino. Operating like this meant that parts of the game became obstructed by real-life players getting in the way of the cameras and the video quality also wasn’t up to scratch. It was also found that interacting with the deal was impossible, as they’d be putting most of their focus onto the players that were physically sitting around the table, rather than watching through the screen.

So, how did they solve this? In 2006, a breakthrough was made and online live casino games began streaming from dedicated studios, designed specifically with this intention. Now, at-home players could watch the dealer shuffling the cards, or spinning the wheel, with precision and a clear picture. They were able to communicate with the dealer and feel as if they were really sat at the gaming table. And this is the standard that you experience when you play online today.

Interesting Related Article: “The State of Online Gambling in Singapore“