How Much is a Security Guard?

There are a few questions that must be answered before you can accurately determine the cost of a security service. Probably the most important of these is whether you intend to hire someone in-house or use an external service provider. There are some key considerations associated with that one question alone, so it’s easy to see why hiring a security guard would be an issue worthy of serious thought.

According to the World Protection Group, which specializes in personal security for high-net-worth individuals, why you need a security guard is a major factor when deciding how to proceed. These guards undertake specialized training in the form of close protection courses. 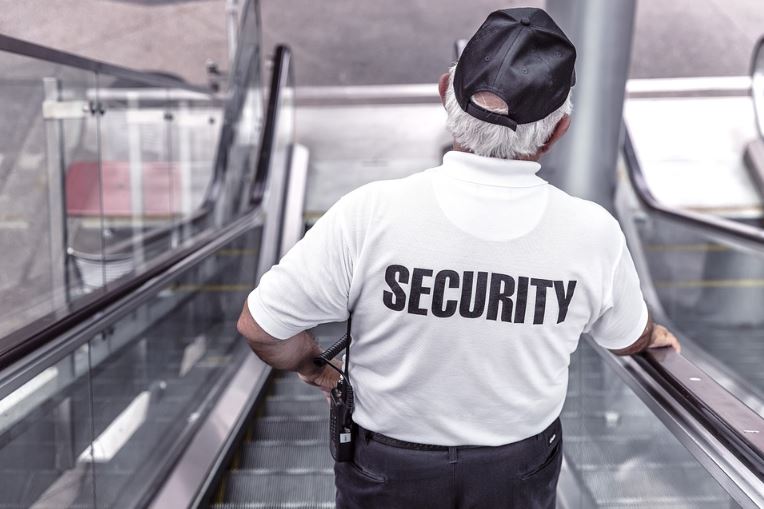 Here are some of the most relevant and pressing issues associated with the task.

What Type of Security Guard is Needed?

Before determining the true cost of a security guard, you need to know which type you need. Most security guards have received specialized training for the kind of work they do, and the depth of that training may also impact what it costs to hire them. No matter what type of security guard you need it’s important you make sure they are reliable.

An in-house security guard is someone who works for your organization and will be trained by your company to carry out whatever function you need them to. They are paid a salary by your company and provide services at your discretion. Most often these types of security personnel work for larger corporations that can afford to train them for specific tasks.

Patrol officers are hired by groups of companies to monitor several locations throughout the day. They generally patrol these areas from a vehicle, which means that they are not present at any one location all day long. The patrols are generally conducted at scheduled intervals, and they’re usually available for emergency calls as well.

Security agents don’t dress like security guards, because they wish to blend in with the normal crowd at special events. They’re often used for loss prevention purposes but sometimes also used as bodyguards for celebrities or other high-profile individuals. 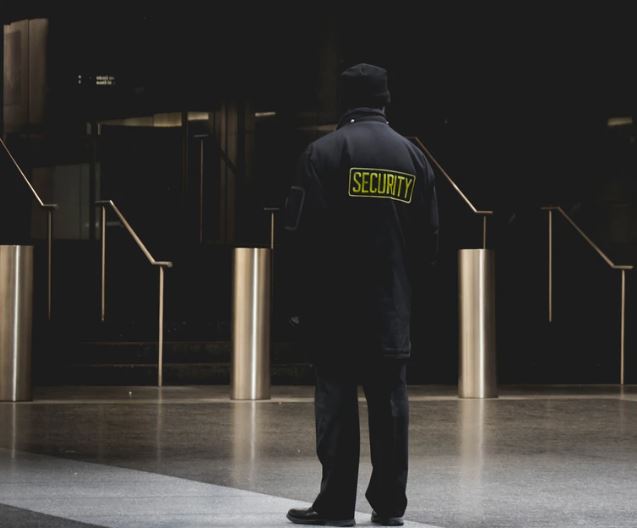 One of the biggest factors which affects the cost of a security guard is whether or not the guard will be armed. Armed guards have been through more training than unarmed guards and therefore are generally more costly. It’s also true that if you’re hiring an armed guard from a contract agency that the agency will have to pay more money for insurance, which also impacts the cost.

The type of event which is being protected by a security guard will also affect the cost. For instance, if a security guard is only protecting the premises of a storefront or a mall, that will always cost less than a special event like a major gathering for a party or something similar.

The time of day also has an impact on the cost of hiring a security guard; since night-time events held in the city would be much more costly than any kind of simple daytime event. The place where the event is being held would also have an impact because it’s inherently more dangerous to stage a party in an inner-city than it would be in the suburbs or out in a rural area.

One last factor that can have an impact on the cost of a security guard, is the specific type of individual being hired. As an example, if you were to hire an off-duty police officer for your security service, you can expect to pay two or three times the amount you would pay an ordinary security individual simply because they’re law enforcement professionals who have received extensive training.

Do You Require an Armed or Unarmed Guard?

Without a doubt, unarmed security guards are less costly than those who are armed. An unarmed guard will wear a uniform and will often be equipped with some kind of communication device, but has not been trained to carry or use a deadly weapon. The primary purpose of a security guard in the first place is to simply provide a presence that acts as a deterrent to crime or mischief and when something does occur, their training requires that they interview witnesses and report on any crimes.

Typically, you can expect an armed security guard to cost between $3 and $5 more per hour than unarmed security personnel. Although prices can go a lot higher than that depending on the guard’s experience, the location of an event, and the degree of risk to which he/she is exposed to. Armed guards are required by most state laws to be trained in the use of their firearms and must be licensed to do so. Keep in mind that for most applications, it’s not necessary to hire an armed guard, because the mere presence of a security guard generally acts as a strong deterrent to any kind of mischief. 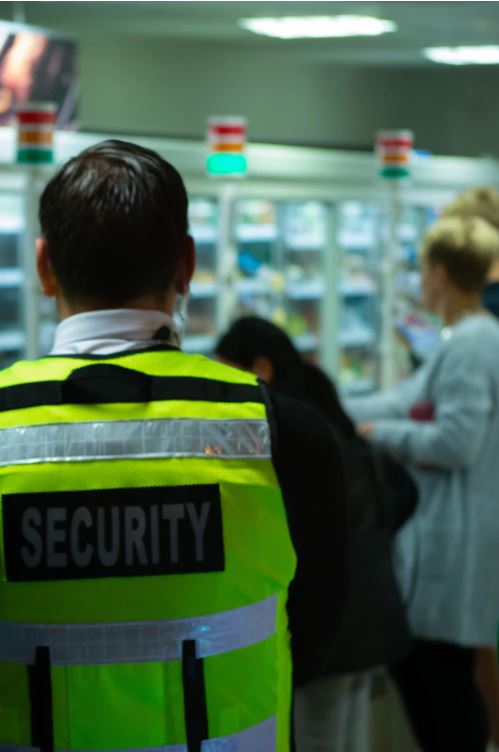 In most cases, on the basis of cost alone, it would be more advisable to outsource the security service required by your organization or for a specific event. But it’s usually not as cut and dried as mere cost savings and there are some other considerations involved with deciding on whether security should be provided in-house or by a third party.

One of the major factors comes into play when your organization becomes involved in some kind of litigation over a claim of negligent security. This means your company hasn’t done due diligence to assess the risk involved to the premises and visitors or that you haven’t provided adequate security for the protection of assets and personnel.

The best return you can achieve from your security guard investment is when employees, customers, and anyone else involved with your organization feels safe and secure at work. The lowest cost you can achieve for the security service will certainly not always be your best choice, simply because greater benefits can be provided by an option that may cost you more.

For instance, when you retain a high-risk security service, very often what you’re really paying for are the benefits they provide as well as some value-added services. If you’re looking for a very specific kind of security service, you may be better off to train individuals in-house and pay them an annual salary. In the majority of cases, however, it will generally make more sense to hire a third-party, although not necessarily the cheapest one.

When you’re hiring a security service, there are a few things you should look for to obtain the best value. You’re better off hiring a small business security firm in most cases because they will generally give you better service than a national security firm might. It’s also good to make sure that any company you hire has security as its main focus, rather than offering several different services to the public.

You should also inquire about uniform options available with any security firm you hire because you’ll want to know whether they show up in police-style outfits or in plain-clothes uniforms. A really important aspect of hiring a security firm is checking on their reputation. You can do this by reading online reviews of their service and checking out star ratings which are associated with each security firm. You can also ask any potential candidate company for references and then check them out yourself.

Any security firm that you hire should be licensed and insured for business and you’ll want guards to be well trained; these are the types of questions you should ask during an interview. Finally, any security firm that you work with should be willing to accommodate whatever your needs are. This can be in the area of scheduling specific work hours, holiday services, short-term or long-term contracts, and general flexibility of services provided.

When you intend to hire a security guard directly, as opposed to contracting with a security service, it’s best to be armed with a few facts that will help you in your search. A typical salary for a security guard is in the area of $11 an hour, although that can rise to $16 an hour, and in the case of it an armed guard, possibly $20 or $25 an hour.

The skills which you should seek in a qualified security guard include experience with security equipment, good observation skills, a history of reacting well to danger, having a thorough criminal background check, owning a state license for security guards, and possibly having skills for First Aid and CPR. A security guard with all these qualifications will add a great deal to your organization’s well-being and will also inspire confidence in all who work and visit there.

Interesting Related Article: “How To Spot The Most Dependable Security Companies“