How Much Did the Online Gaming Industry Grow in the Past Decade? 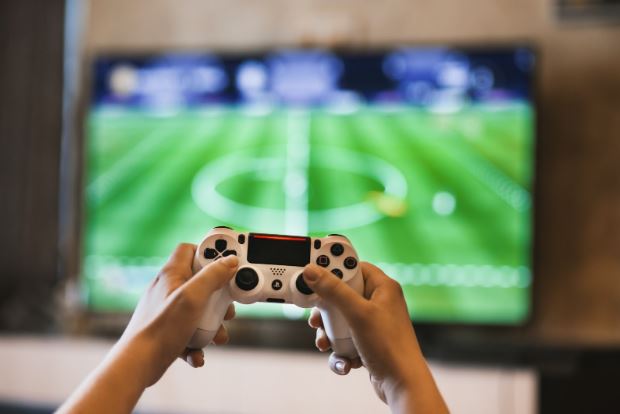 Online gaming has been popular since your personal computer could connect to the internet. Still, it hasn’t been a profitable source of income for both the player and the companies that support it until the past decade. By 2021, it’s estimated that the entire global media and entertainment market will exceed 2.2 trillion USD. Online gaming, including social, mobile, and free-to-play accounts for roughly 19.9 billion U.S. dollars alone.

Online gaming took off in 1994

Before the massive spike in revenue, online gaming was limited to computers with a good enough internet connection. It wasn’t until 1994 that online gaming really took off, and it was due to the first online casino. The UK-based software developer, Microgaming, made it possible for others to bet on roulette, blackjack, and poker from the comfort of their home. Two years later, more than 200 websites launched, and developers were soon needed to re-create Microgaming’s online persona.

One of those is NetEnt, a Swiss-based developer that still exists today. They currently make slot graphics for websites like Casumo casino and are known for their live dealers and games with progressive jackpots. Outside of the online gambling industry, there wasn’t an intense amount of online play. LAN parties were used to get passed the long load times.

LAN parties, short for local area network, was a gathering of people with computers or game consoles, where an established connection was made between the device and a router or a switch. The size of these networks varies between two people to hundreds. LAN parties took advantage of conventional household networking equipment where the “host” would bear the brunt of the data. This limited the need for all of your friends to have fantastic internet.

Although LAN parties still exist, they aren’t necessary anymore because fast WiFi is easy to come by in large cities and most countries. Even in the 1990s, when online gaming was taking off, it was possible to play with people all around the world. Notable titles like Nexus: The Kingdom of the Winds, Quakeworld, Ultima Online, Starcraft, Counter-Strike, and EverQuest dominated the market with console gaming quickly following suit.

In Japan, the Famicom (Japanese Nintendo) Modem in 1987 gave users limited connectivity to the internet, but, could download games and upload scores. The Sega Meganet, Satellaview, and SegaNet came shortly after and were similar to the Modem, with a few added features. The first home consoles to truly have online capabilities were the PlayStation 2, Dreamcast, and Xbox – each of which had the ability to play with different people as long as they had the same console, an ethernet cable, modem, and a decent internet connection.

The momentum didn’t stop in the 2000s, where the massively multiplayer online genre took off. Games like World of Warcraft, Star Wars Galaxies, Final Fantasy 11, Guild Wars 2, and Star Wars: The Old Republic were insanely popular. Most of these games are still widely played today, have frequent updates, and die-hard communities. Separately, a new competitive section was born: DoTA, Warcraft III, Heroes of Newerth, and League of Legend was showing the birth of Esports.

Even though gaming as a competitive venture isn’t a new idea, tournaments in the late 2000s were starting to see a high amount of prize money attached to them, including a title. Ten years ago, you were lucky to win a couple thousand at a tournament. In the 2010s, esports became a significant factor in the online gaming industry, with many game developers designing and providing funding for competitions and events.

It’s estimated that the total audience of eSports has grown to over 460 million viewers and has a total revenue of USD 1 billion per year. In a decade, online gaming has gone from a casual past-time hobby to a sport recognized by multiple leagues – although it’s labeling video gaming as a sport is still controversial and a point of debate. Regardless of where video games lie as a sport, online gaming is here to stay.

The growth of esports and online is thought to have influenced by the mass building of broadband internet networks, the high unemployment rate, and the mass availability of internet cafes all over the world. The accessibility we have to the internet through our phones and other devices is also another reason. Since this is unlikely to halt, online gaming could become a trillion-dollar industry in the next decade as technology, like VR and higher performing computers becomes less expensive by the day.