Israel Figa Explains How Past Lessons Can Help Revive the U.S. Economy

The COVID-19 pandemic was completely unprecedented and took the world by a storm. No country was prepared to handle the drastic impact it has had and policymakers are still grappling with the economic and humanitarian impacts.

They have come up with a battery of intervention for helping businesses and individuals, but the fact is that no event since World War II has ever caused an economic downturn of such scope or scale. Therefore, it is not surprising that leaders are very much uncertain about what will work. Dr. Israel Figa believes that the best way to figure out how to recover and revive the U.S. economy is for leaders to learn lessons from the past. 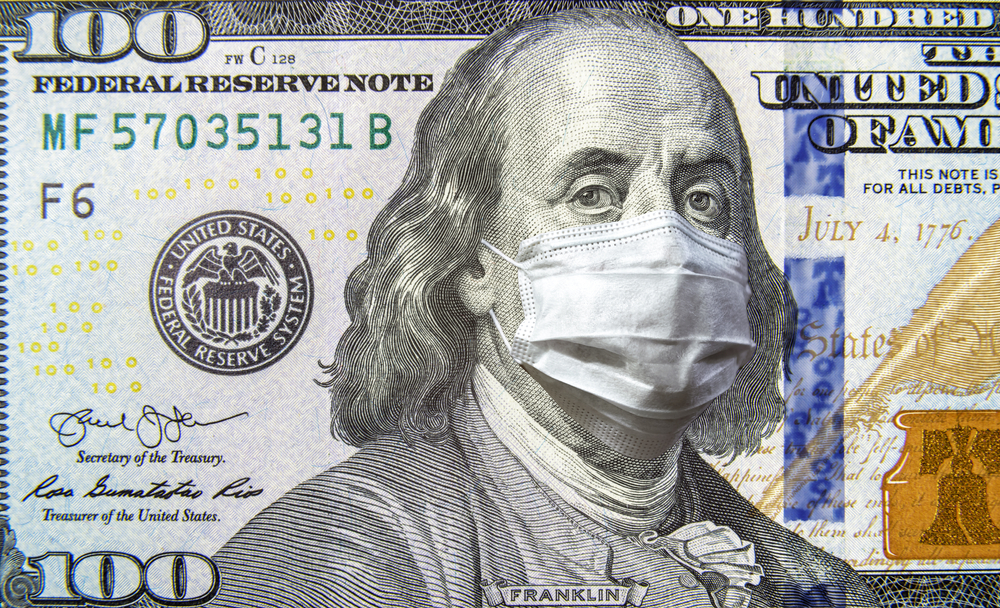 US policymakers should try and understand economic interventions that were carried out by other leaders for overcoming the economic crisis. When you look at successful government responses to crises that happened previously, whether environmental disasters, epidemics, or financial downturns, several themes emerge.

Secondly, since preexisting economic trends are accelerated during times of crises, the effective government responses are those that take them into account and then come up with a long-term plan.

Lastly, for ensuring long-term economic recovery, planning should begin early, mostly alongside the crisis-relief efforts. Let’s take a look at them separately:

According to experts like Dr. Israel Figa, recovery is mostly dependent on public health and bolstering human capital. This can be done by helping people in retaining their existing jobs or helping them acquire new skills they can use for finding new jobs.

For instance, during the Great Recession, enrollment in government training programs was increased by state workforce agencies by 56% in 2009, and once again in 2010. Not only did these programs provide training on short notice, but they also partnered up with educational institutions.

The Layoff Prevention Act of 2012 was passed by the federal government later on due to persistently high unemployment. Under this act, funding was provided and new provisions were made for broadening opportunities for employers when it comes to offering work-sharing programs.

This made it possible for some employers to retain some of their employees, although hours and pay were reduced. This approach for saving jobs was taken based on research that staying employed was good for the physical and mental health of the people and unemployment leads to increases in mortality, particularly long-term unemployment.

It is a fact that those who are economically vulnerable even before a crisis would be negatively affected when it does happen and will have the toughest recovery. Amidst the Great Recession, the bottom 10% earners faced a loss of income 2.5 times worse than that of the richest 10%. Dr. Israel Figa says that as compared to economic disparity, sources of advantage tend to go wider.

New risk factors were brought to light by Hurricane Katrina, which had a disproportionate impact on some residents, such as lack of English proficiency, residence in poor-quality and high-density housing, and social exclusion. So far, the COVID-19 crisis has followed a similar trend. Research indicates that Black Americans are 5% more likely to have jobs that are at the risk of reduced hours, furloughs, or layoffs, as compared to White Americans.

Broader market trends are also accelerated by crises, according to Dr. Figa. Before 2008, the automotive industry had been dealing with a lot of challenges for years because of changing consumer tastes, increased global competition, and uncompetitive cost structures.

These challenges were only heightened by the financial crisis to the point that the government had to intervene. Today, the pandemic has been confronted by a lot of retailers in a weakened state after years of increased competition and changing consumer behaviors.

By March 30th, the pandemic had begun to spread in the United States and this had led to a 9.7% increase in the rate of mall vacancies. As far as workforce trends are concerned, hiring had shifted to higher-skilled knowledge workers in the wake of the 2008 financial crisis. This suggested that trends towards automation of work were accelerated due to the Great Recession.

As governments are still coming up with recovery plans from the coronavirus, Israel Figa explains that they could give some thought to accelerating trends like workplace digitization and the continued shift to online consumption.

History indicates that recovering from a huge crisis is mostly uneven, so leaders need to learn to pace their policies over a few years. There was consistent growth in employment between 1933 and 1937 during the Great Depression, but it declined by 5% in 1938. It took five years for international tourism to New York City to recover fully after the 9/11 terrorist attacks. Most recently, during the 2008 financial crisis, unemployment rates had doubled and only went back to prerecession levels in 2015.

According to Israel Figa, successful past responses were able to anticipate and accept a permanently changing world. An excellent example of a policy that was designed to last is the GI Bill or the Servicemen’s Readjustment Act of 1944.

A new peacetime order was established by the bill when it came to the country and its veterans. Between 1944 and 1952, nearly 2.4 million home loans were backed by the bill and it helped around eight million veterans to continue their professional training and education. Nearly 80 years later, the GI Bill is still supporting service members.

Almost $10.7 billion was spent by the Department of Veteran Affairs in 2018 for supporting the education of around 700,000 beneficiaries. Dr. Israel Figa says that policymakers today can also consider such similar, long-term, watershed measures for rebuilding the future.

What Could Help in Economic Recovery Post-COVID?

Even though every crisis is different, Dr. Figa believes that it is possible for policymakers to adapt previous approaches to the current situation for emerging with the capabilities, talent, and infrastructure needed for long-term resilience. The response to the current pandemic evolves on a daily basis, but what we have learned already can supplement past lessons.

As economics is restarting, leaders are looking for ways to restore GDP, consumption, employment, and other aspects of aggregate demand. The consumption and labor trends that were emerging going into the crisis, along with long-term trends that are related to inclusive growth, should all be considered when coming up with potential solutions. Some recovery initiatives that can be taken post-COVID are:

These interventions are great examples for policymakers who are thinking about kick-starting longer-term economic recovery. But, if they want to focus on an inclusive recovery, they should think about systemically vulnerable businesses, like those that are woman-owned or are a minority, because these will not be able to recover at the same rate.

According to Dr. Israel Figa, there is a need to focus on these groups because minority business owners are less likely to be approved for capital loans and women owners may not apply for big loans.

Preparing for a Transformed Society and Economy

There is immense pressure on policymakers to focus on the short-term. However, it is important to understand that the ‘next normal’ will become clear in the long-term. Government leaders, especially at the local and state level, should consider a number of interventions that are more oriented towards the future. Dr. Figa has highlighted some of the interventions below:

Policymakers can try to boost growth by encouraging private and public sector innovation through a supportive ecosystem. Local government leaders could take advantage of the power offered by open innovation efforts, such as higher investment in R&D and education, challenge competitions and grants, and open networks for attracting talent to their area and promoting innovative and resilient ecosystems.

For instance, New York City managed to build the second-largest tech startup ecosystem in the U.S. in a single decade with a dedicated plan for attracting tech companies and developing local talent. New York’s tech sector now accounts for about 300,000 jobs and New York was ranked second globally in 2019 for startup output.

In another example, Columbus, Ohio, metropolitan area was able to attract venture capital and entrepreneurs by leveraging the fact that they are home to a large research university i.e. Ohio State University, and headquarters of a number of retail brands are based there. Funding from venture-capital in Columbus was $35 million in 2009, but it grew and reached $578 million in 2019.

In 2016, the city became the national winner amongst seven candidates for the Smart Cities Challenge, organized by the US Department of Transportation. This further increased startup activity and provided support to the city’s digitally-enabled transformation. Dr. Figa believes that other new innovation hubs could also emerge from this current crisis.

Dr. Israel Figa believes that policymakers should also consider making investments in programs that help in making the transition to a new reality. Programs that include reskilling, job matching, and labor dislocation will be vital for building the workforce of the future.

Existing state programs, such as Ohio’s TechCred and New York’s Workforce Development Initiative may be scaled up for creating regional talent pipelines in order to meet demands as new kinds of jobs emerge. Employers who are facing talent shortages in healthcare, computer science and related fields, and transportation and also launch training boot camps and recruiting efforts.

There are some programs that have been focused on reskilling exclusively, as they have targeted the most vulnerable regions and populations. For instance, Hawaii has launched its Reducing Unemployment Disruption and Driving Economic Regulation program.

It recognized that there was a shortage of training opportunities for some vulnerable segments of its population. They are providing up to $100,000 to businesses for the new employees they had hired after March 1st, 2020 for helping them offset training costs and other skill-based learning.

Dr. Israel Figa reiterates that decisions that were made during past crises have played a vital role in not only helping cities, states, and regions surviving, but have also helped them come out of these problems stronger than before.

Will your city become known for offering an unparalleled business environment to businesses that are interested in expanding and digitizing? Is it possible for workers in your locality to become reskilled and help in the way of future growth? Can your state become one of the top tourist destinations? The answer to these questions will depend on the policymakers and will determine what the ‘new normal’ will be.

In the last few weeks, economies all over the world have begun to reopen and it hasn’t taken long for their leaders to realize that restoring public confidence regarding their safety is of the utmost importance. Some international examples of measures taken for building confidence include increased self-checkout, automated temperature checking, reduced cash handling, and even plexiglass shields between the tables.

As per Dr. Figa, state leaders should consider similar measures, especially the ones that focus on the support needed by vulnerable populations. Governments still have a long way to go and have numerous challenges to deal with when it comes to restoring public confidence and ensuring the economic recovery of the country.

Interesting Related Article: “Brexit the future pandemic for the British economy after COVID-19“