Online advertising is rapidly changing as time passes. As technology advances, digital marketing specialists are discovering new metrics that can have a significant impact on our marketing campaigns across all marketing channels. Profit bidding and POAS marketing is a term that you’ve probably heard for advertisements. POAS, interestingly, is now making an appearance on the scene. Online marketers are gradually shifting away from ROAS and toward POAS. Today, some advertisers believe that POAS is a better indicator of the profitability and conversion rates of your PPC campaign than ROAS. In this section, we’ll try to understand the difference between ROAS and POAS, as well as how to use POAS to create profitable ads and campaigns. 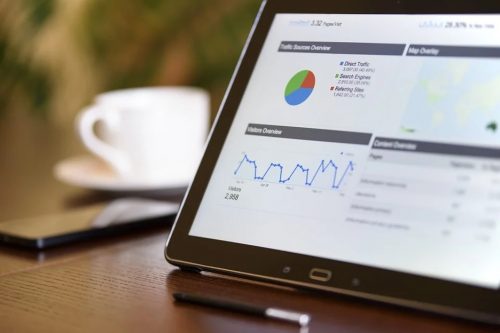 In addition, for POAS to be effective, we will identify some areas that you must visit after applying it. Profit on Ads Spend (POAS) is a marketing metric that calculates the gross profit generated by each ad spend. Return on Ad Spend (ROAS), on the other hand, calculates the total revenue generated for each ad dollar spent. It could be ROAS targets or Target ROAS. However, ROAS is now more commonly referred to as “Revenue on Ad Spend” rather than “Return on Ad Spend.”

Profit on Ad Spend (POAS) is a metric for measuring the return on investment of online marketing and advertising campaigns. ROAS is an abbreviation for Return on Advertising Spending. However, it is mostly used in eCommerce to generate revenue from ad spending. As a result, POAS marketing is the next big thing in PPC marketing, and it’s time to jump on board. You may have begun to hear about POAS, not only through Google ads but also through profit bidding.

This allows you to let Google and Facebook’s algorithms optimize for profit rather than revenue. This enables them to demonstrate when they have reached their break-even point, which should be one because this is the point at which they make equal amounts of profits and advertisement spends.

If it rises above one, it indicates that they will continue to make a profit; if it falls below one, it indicates that they were unable to generate enough revenue from advertisements or sales to cover all expenses. This strategy will increase the profitability of your ad spend and allow you to scale much more effectively. Simply by turning off all non-profitable advertisements.

The highest ad spend in Google Shopping is allocated to where the revenue comes from, and it frequently happens that products with a lot of competition and high searches are there. However, this is sometimes unprofitable, and products with lower revenues often bring in profit because accessories have higher margins. One of the primary reasons eCommerce market leaders are shifting to using POAS as the primary KPI in marketing channels such as Google and Facebook is their ability to outbid and outperform their competitors. When bidding, you should no longer focus solely on revenue, but rather on both revenue and profit. Google’s smart bidding strategies can help you cut ad costs.
Therefore you should keep in mind such methods in order to boost your page online.