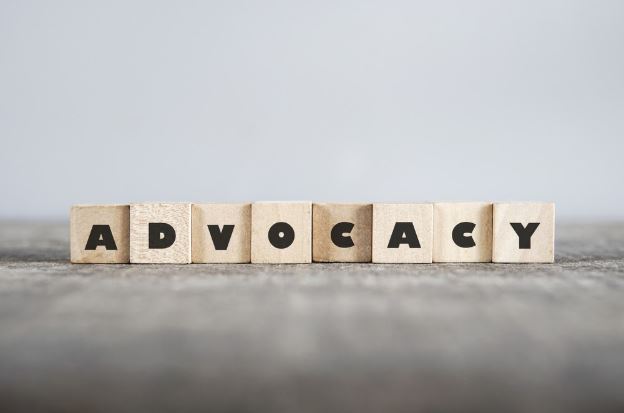 In an over-crowded marketplace, brands must go a long way to acquire and retain the trust and advocacy of an audience, which is often at the risk of legal ramifications and lost revenue. The fact that we see this narrative play out day after day simply proves that businesses know it is a smarter call to keep in the graces of their audience, with brand advocacy a truly powerful resource to behold.

Let’s review some recent examples of these instances and the undercurrent of being transparent and politically correct online in the public eye and its advantages.

Folau was a PR nightmare that surely no one could have predicted, with his homophobic social media posts prompting Rugby Australia to give him a firm warning which he proceeded to break with yet another homophobic post. This caused public outcry over the offensive content that was shared with his enormous following and the seemingly careless way in which he shared it despite having the warning.

McDonald Murholme, lawyers who look work within the employment law area, have added commentary to this published case and have noted that if Rugby Australia fired Folau due to pressure from their sponsor Qantas, they might be liable. This is of course exactly what happened, with Folau’s contract being torn up and his rugby career ended.

Despite the case and settlement that inevitably followed as predicted by Alan McDonald, it was clearly of greater value to Rugby Australia and Qantas to be viewed in the public eye as an organisation that has a zero-tolerance to discriminatory behaviour. Rugby Australia has since basked in the glow of their decision, and the Folau case has even been highlighted as an example of how employers (and specifically those operating in the sporting world) should act if faced with the same circumstances.

Folau, although socially misguided, was by all accounts an elite athlete but will never play again in Australia as no brand will want to put themselves through the public scrutiny that would come with supporting this behaviour.

More recent still was the firing of legend NBA announcer and radio host, Grant Napear, when he tweeted ‘All lives matter’ on Twitter, with the tweet being picked up and poignant questions being asked of NBA over their stance and what they make of this tweet.

The Black Lives Matter movement of 2020 is one of the largest demonstrations of civil unrest in over 100 years, with many brands and personalities coming forward to support the movement and have the very uncomfortable discussions surrounding global racism. Whether Grant Napear intended to add insult to injury or simply hadn’t understood the movement and the unintentional offence of ‘All lives matter’ is unknown – but the consequences were very real.

Since Black Lives Matter started in 2013, it has gathered enormous momentum, and the NBA and Grant’s radio employer has not been silent about their support in this movement. Both parties could not risk being associated with a viewpoint that counters the Black Lives Matter message and ultimately had to put their money where their mouth is and make an example against this comment and sentiment.

What has since unfolded is that there may have been many other statements and beliefs articulated by Grant Napear that have been race-motivated.

As America’s election season draws closer, it will be a truly symbolic end to a truly memorable year. While Trump was elected four years ago and still appears to be supported by his followers, there is a significant undercurrent that is not ready to tolerate his governance for another four years.

With Trump continuing to post to social media during the Black Lives Matter movement, Facebook employees circulated petitions to have Trump’s social media activity scrutinised in the wake of these unfolding events, which was denied by Mark Zuckerberg. Then came the virtual walkout (with most employees working from home) so that they could support their communities and contribute to the Black Lives Matter demonstrations around the country.

This act of support has added to what has been a history-making month, with Facebook employees believing that this hateful rhetoric can no longer be protected under freedom of speech and should be stopped and removed by the employees and company that can make this happen.

Additionally, the very act of these employees taking off a workday to be part of the demonstration has propelled Facebook in the public eye, even if the petition was not acted upon and Mark Zuckerberg didn’t act on the demands of these hundred employees.

In 2017, Australia faced the decision of whether to legalise same-sex marriage. A national plebiscite was rolled out, with the result being that approximately 61% of Australians voting to legalise it. In an unexpectedly bold and creative stance, Ben & Jerry’s actually banned the sale of two same flavour scoop until the law had passed in Australia.

This ‘no same flavour’ ban received much publicity from the media and the public. Ben & Jerry’s is a global brand, and choosing to partner with an Australian equality campaign like this has really resonated not only with the LGBTIQ community, but its many supporters who choose to honour brands that fight for freedom and equality.

Another reason this stance captured the attention of Australians was that is was imaginative, and showed that all businesses can communicate their values and beliefs creatively, regardless of the goods and services they put out into the world. Brand advocacy starts with intention, and if brands put the effort into identifying their own values and establishing a voice that supports their standing – they will find they engage a quality audience that wants to support them.

Brands can no longer sit on the sidelines, as consumers want to know that they are supporting brands that share their view of the world or at least have the conviction to support a competing view. Not only does this attract a better audience, but it also positions these brands as reputable employers and partners.