How safe is to use the ride-sharing services? 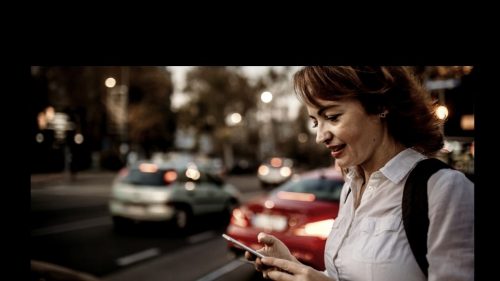 In the last decade, ride-sharing services are gaining more and more popularity on a daily basis. Companies like Uber or Lyft are serving as a link between the drivers and millions of customers throughout the world.

The stats published by the companies say that around 3 million trips are executed daily just by Uber, and the numbers are getting bigger each year as the ride-sharing services are becoming available around the world.

There are lots of advantages to using ride-sharing services instead of a more traditional taxi. The price is around 40% lower, and it is much easier to call an Uber driver with just a few taps on your phone than hailing a cab.

Besides that, users say that riding with an Uber driver is a much more pleasurable experience, especially if you are a sociable person and like to share a car with other people looking for a ride from point A to point B.

Whenever you are not entirely sure if you can drive your vehicle, after grabbing a drink with your friends, for example, you should use the service of one of ride-sharing drivers. Most of the traffic accidents worldwide are connected to drunk driving, so why risking them?

Having a decent car, a smartphone, and a will to drive for a couple of hours that way earning some money on the side can get you a job in one of the ride-sharing companies.

But what about the passengers’ safety?

The stats published by Uber for 2017 and 2018 show that the amount of accidents is around 50 percent lower than the national average. The report says that in 2017 there were 0,59 accidents with fatal results per 100 vehicles miles traveled.

The number decreased in 2018 to 0,57 fatal accidents per 100 vehicle miles traveled than 1,13, which is the national average. Almost 50 percent lower risk of being involved in a deadly collision is a winning point for a ride-sharing game’s biggest contestant.

While these stats favor the San Francisco-based company, it is essential to note that the reports only show the accidents while there was a passenger in the car.

Around 30 percent of the fatalities in the Uber-related accidents were pedestrians, while 25 percent were Uber drivers. The report published by the company left out two critical numbers, accidents that occurred while the driver was alone in the car and the collisions without the fatal result.

Worth noting is that accidents with deadly consequences represent only 1,7 percent of crashes with non-fatal injuries. With those numbers in the equation, the report’s results wouldn’t be as perfect as the company tried to demonstrate. The company said that publishing only fatal accident stats was that they are easier to classify consistently.

Up until 2013. every collision or incident involving a ride-sharing companies drivers were reported and published in the yearly stats. But that law was problematic for car-hailing giants Uber and Lyft, so those numbers were declared confidential after much pressure.

It is also worth noting that those were only traffic-related accidents we just mentioned. Numerous sexual and physical assaults are connected to this ride-sharing giant.

More precisely, the 2017 and 2018 report states 5,981 accusations of sexual assault and 19 physical attacks with a fatal cause. These numbers are shocking and represent a significant setback for the company and a big question for the new passengers.

How to prevent this type of assault from happening in the future? Bills like Sami’s law are a vital ingredient for the future safety of the passengers.

An example of a non-traffic-related accident was the disappearance, and eventual murder, of South Caroline student Samantha Josephson, kidnapped by one of the imposters who pretended to be a driver she called.

In May 2019, the bill called Sami’s law was introduced as a piece of federal legislation that requires drivers in car-hailing systems to have easily recognizable, well-lighted signs and a scannable QR code. Every misrepresentation of the license or symbol of the company would be criminally charged.

What are your rights as a passenger?

The most problematic is that Uber and other ride-sharing companies don’t require their drivers to hold any safety measures. For example, one of the major causes of the collisions is the Uber app that drivers need to tap to accept the ride while driving that way, losing their focus from the road.

According to the state law, the accident happened in, and the injury level, you may have the right to sue the driver. It is challenging to sue the company directly for the accidents, including their drivers because the drivers are independent contractors, and they use the company just as a link between them and the passengers.

Uber has a 1 million dollar insurance policy for traffic-related accidents such as this or various others. There are different ways of how and in what situations you claim this insurance policy, one of them being that the accident was Uber driver’s fault.

Recovering for the medical treatments or lost wages because you were unable to work, or any other damage for that matter if you have been injured in an Uber-related collision, is tricky.

They need to be dealt with professionally to get the best results and claim the right amount to cover all of your expenses. For that reason, top advice is to hire a local rideshare accident attorney to handle the accident case and not to do it on your own.