How Technologies Will Stop Global Warming

Certain gases and particles that remain in the air that result in air pollution. In other words, we can say that air contamination is mostly created due to the tinny liquid and solid particles in the form of different gases. 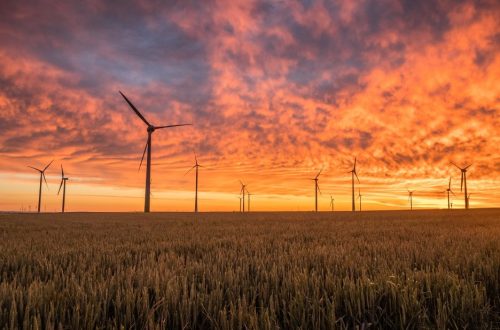 Climate change and air pollution are affecting every corner of the world. Diseases are on the rise with the growing time. And we still don’t realize the importance of clean nature, because we are heading towards the technology hype and have been in tough competition with our competitors. We have lost the sense of taking care of the air pollution.

Pollution could be in the form of dust, it could be in form of garbage, water pollution, and the other types that can harm the human and the living organisms living on the earth.

Particularly we need to increase determination to change the utilization of petroleum products because these are the basic and greatest reason for rapid environmental change, sustainable power. Furthermore, we need to help individuals and nature to adjust to the inevitable changes ahead that we have to face in future.

The question that arises here is why tech is the future and if technology could help reduce global warming or is technology itself the bellwether of pollution?

We will discuss some important points of technological involvement in global warming.

The technology’s influence on global warming

Technology has played its vital role in respect influencing global warming. Its role was started in the mid of 1880. That was the second Industrial Revolution also called the Technological Revolution.

In this rise of the industrial revolution, the big achievement was the use of coal which helped out to be used in homes and factories. This advancement in technology comes with some serious consequences.

That earlier technology helped people to build businesses and power homes but so far as it was the beginning of industrial rise the technology was old and it used to result in the carbon emissions in a huge amount.

In 1961 as per the United States Department of Energy, coal became the primary fossil fuel to generate electricity. And so the process is going on still coal and natural gases are the primary sources of generating the electricity.

When cars were built, they were having high consumption fueled engines that started impact on the air negatively because they exhaust different gases, smoke, and dust particles in the air.

Thanks to modern technology because today’s cars, ships, airplanes, and many other machines are now the climate-changing emissions. Whereas we are heading towards the nuclear energy because we already have achieved the milestone of solar energy

How positively the technology can affect the global warming

The term technology refers to the use of scientific and logical information for viable purposes and as a result some sort of machinery to be developed whether used for creativity or either destruction.

Technological advancements are altering the way we live but ultimately it is also driving us through the profundities of calamity in the form of climate change.

Hence with the rise of modern technology, machinery is also intended to be helpful in overwhelming global warming.

Talking about modern technology, how is it saving people and the world from global warming? The technology is headed to the Hybrid cars and engines; these are 75 % pollution-free cars. Hybrid engines are a combination of gasoline engines and electric motors. Both the systems are connected in a common transmission. All the systems of these two specialties blend the sources of both the powers. When it works it recovers energy through regenerative braking. It resulted in less usage of gas consumption with better mileage.

Now with more advancement in technology, car manufacturers and producers have introduced new technology in these running machines.

Not only the home-use cars but it includes the truck and big trucks, transit busses, transit local trains and to some extent partially added the tractors as well.

These electric cars work in three different dimensions; the hybrid plugins are the combination of a diesel engine with gasoline with the help of an electric motor.

The second part is fuel cells; now these cells split the electrons from hydrogen molecules that generate electricity and as result, it runs the electric motor.

The third most important factor is the chargeable batteries. A huge amount of electrical power can be stored in these batteries. Most importantly if you are having an electric car you will need the best car battery chargerfor any emergency use. Even though these cars show proper information about electric power consumption but for your ease, you should get the charger as well.

The emissions like gasoline (Petrol and Diesel) create severe air pollution and form some very critical diseases in the human body. But technology has revolutionized itself with the day by day innovations and hence these electric vehicles are totally out of air pollution. Here technology reveals itself with a very good deed.

Environmental change impacted as of now affecting the glaciers (with heat-trapping gases) in the past 50 years. Also, that this effect will just increase in the coming years.

Now that we are seriously thinking about the advancement and innovations in technology, it is also every person’s responsibility to keep protecting our world from every type of pollution.