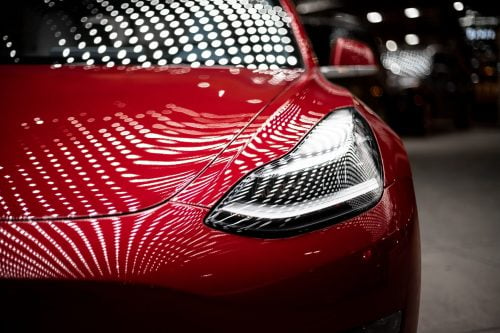 Tesla has become one of the biggest game-changers in the automotive industry in the past years, although it is much younger than the consecrated names.

The company, whose CEO is Elon Musk, was founded only 17 years ago, in July 2003, but it has since revolutionized the car industry. Autopilot and electric cars are just two of the many trends set by Tesla. The other two are the software and the design.

But the company hasn’t only changed the auto industry in ways people only thought of, but also influenced the kind of cars its competitors must make to keep up.

Using renewable energy as fuel and giving cars the capacity to self-drive changed the game for carmakers. In the world of automobiles, innovation has become mandatory.

This year, Tesla became the most valuable auto company in market value – this means that this was achieved mostly because of the auto revolution we have been witnesses of in the past years. The value of the company is over $300 billion today.

The company led by Elon Musk anticipates and sets trends, being one step ahead of its competition in fulfilling the consumer demands. OK, maybe another company would have done it first eventually, but Tesla had the right means to do it first.

Over the years, the topic of how Tesla changed the auto industry has gotten plenty of interest. More and more books and TV documentaries are based on their revolutionary ideas, and there is even a slot game called Tesla available at Unibet Online Casino, which has an RTP of over 96%.

But which are the specific features which have forced the auto industry to change forever?

Autonomous driving technology is something that people have been dreaming of for ages. In October 2015, Tesla released the autopilot, but at that time Musk cautioned drivers to be careful.

In the following years, more and more autonomous driving cars were seen on the roads. And this was one of the starting points of the race that brought these features to other automobiles– for example public transportation and off land transportation having autonomous abilities.

The next aim is the fully autonomous level of driving, which is the maximum level. This means vehicles will be able to steer, accelerate, brake, and monitor road conditions like traffic jams. This level may be achieved in the next years, or even next year. For now, Tesla’s autopilot already detects speed limits and traffic lights.

We all know that Tesla equals electric cars, or at least this is how they built their image through the years. While this wasn’t really a world’s first, Tesla was the first company to release such cars on a wider scale.

Also, having the fastest electric cars on the market in the present makes people recognize Tesla as the actual “father” of these cars. A bonus is that electric cars are considered safer than traditional cars.

While the mileage per charge is lower than the same mileage with a full tank of classic fuel, this is an issue that will be addressed soon, giving that 20 years from now more than half of the cars sold on the planet are expected to be electric ones.

Other features include an exclusive and highly aesthetic design – because Tesla values its car image a lot – and the software update technology, including the ability to update software remotely or via the cloud. This means remote software updates without the need of plugging a cable in. Amazing, right?

What will the future bring? Well, for starts, Elon Musk already promised futuristic updates to newer models of Tesla, and they sound actually incredible. The new technology used by the automaker will see the car “fly” from 0 to 60 mph in just one second. And if that isn’t revolutionary enough, we don’t know what is.