How to Beat a DWI Charge 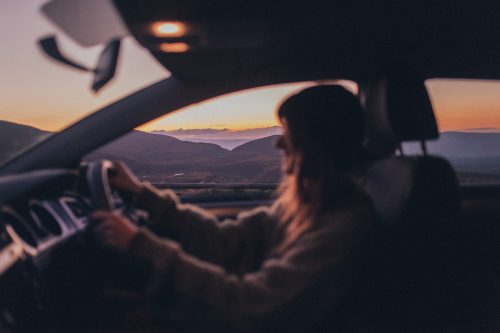 Failing any style of DWI test can lead to your arrest for the offense of driving under the influence of drugs or alcohol. It’s important to note you are innocent until proven guilty when arrested for any reason.

Beating a DWI charge will require you to get the help of an experienced lawyer with knowledge on legal loopholes who can sniff out and exploit any flaws for your case to be dropped. Your lawyer can argue carefully based on facts such as when or if an actual breath test was taken or the alcohol content readings from blood samples instead of relying solely on the officer’s report.

There are usually many case scenarios that can be used to argue in your DWI defense. It’s wise not to plead guilty and seek the help of a lawyer instead. Below, we will go through some of the ways to beat a DWI charge.

There are two different ways DWI tests measure your blood alcohol concentration level. Unfortunately, these tests are not always accurate, as they use the concept of partial ratios. This means they use estimated ratio and not the actual ratio. An experienced lawyer can use this in your defense, as it can be inaccurate depending on one’s sex, body temperature, breathing pattern, and even the ratio of the red blood cells.

2. Challenge If The DWI Traffic Check Was Legal

There are strict rules police officers must uphold before and during an arrest. When these rules are not followed, your rights are violated. Your lawyer will use them to your advantage to fight for your charges to be dropped. An example is when being arrested and the officer fails to read your Miranda rights. You can refuse to answer their questions such as where you were before, where you are heading, and how many drinks you had. Regardless of what the officers will lie telling you, refusing to respond to these questions is within your rights.

3. Accuracy of The Blood Test Administered

During an arrest where you’re required to take a blood test, the officers will either take you to a nearby hospital or police station for your blood to be drawn. A blood test is usually considered the most accurate form of testing for DWI, but it can also be a challenge, as a lawyer will argue based on how long it took before being administered, leading to a rise in alcohol level.

Traffic officers carry out several tests to distinguish whether one is fit to be driving or is under the influence; these include: walking in a straight line, standing with one leg, and even nystagmus of the horizontal gaze. However, one can argue the tests were inaccurate based on police intimidation, nervousness and dizziness, insufficient light, and even interference from your attire.

6. No Actual Proof of Who Was Driving

If you happen to be arrested in a parked car and you end up in court, don’t worry. If there is no actual proof you were driving the vehicle, then your lawyer can claim this for you and all charges could have been dropped.

Even if it’s your first offense DUI the penalties can be very serious, you can end up in country jail up to 30 days! Calling a lawyer should be your first priority after being arrested. If you can’t afford one, the court will provide you with free legal counsel to ensure due process.

Speak as little as possible and never say anything without consulting an attorney; police officers are trained to lie or use manipulation tactics to convince people to incriminate themselves.

You may be interested in: How to Beat the Heat at Home If You Live Somewhere Warm