How to Bet the Puck Line: Complete Guide 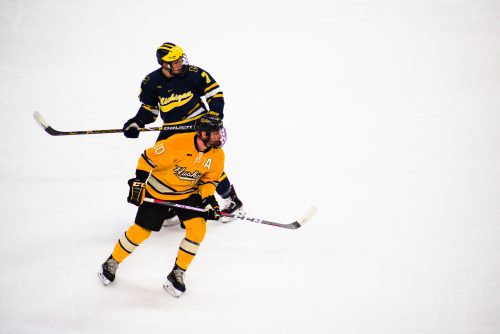 There are many ways to bet when it comes to sports betting. One of the most popular bets is called the puck line, and in today’s blog post, we will be discussing how to bet on sport’s favorite game. If you’re looking for a way to spice up your weekend, then this complete guide is just what you need. You may also look upon this latest app review where you can easily bet on the puck line.

What is a puck line?

Hockey is among the fascinating sports to bet on in the world of sports betting. Because of the fast pace at which the NHL is played, hockey has become the most exciting sport to watch. Sportsbooks will provide bettors with various betting options, including the “puck line,” which is quite the most prevalent. The puck line is a sort of bet that is only available in hockey. It mixes the concepts of a money line, and a figure spread into a single wager.

Although both wagering styles use the term “line,” there are significant variations between the puck line and the money line while wagering on hockey games. Goals determine the puck line scored rather than wins or losses. The wager as to which team would win the game is required by the money line.

With such a 1.5-goal spread, a favorite would not only have to win yet win along with at least two goals for a gambler to win the stake. In exchange, an underdog might lose by a single goal while still paying out a profitable wager.

Strategies for betting on the puck line

With so many various sorts of gambling, it’s easy to get lost when you want to watch an NHL game with certain money at stake. There are occasions when betting mostly on puck line is a better option than betting on money line betting odds. If you’re a novice, then it’s best to stick with Moneyline or puck line betting until you get used to how NHL games work and have developed some proficiency in predicting outcomes of matches.

In this way, when something special happens during an NHL game, you can make quick decisions instead of miscalculating odds.

What to watch for when betting on the puck line?

Here are some things to think about before placing puck line bets:

When the home team is traveling, it can be tough for them to get up for games. This often leads to a lack of focus and sloppy play, which increases your chances of winning when betting against their puck line. Make sure you check whether or not they are coming off an extended trip before placing bets.

Certain NHL clubs will play far better at home than they could on the road.

A shot effort in a 5v5 play is called a Corsi. It is called “Corsi for” when a team fires the puck there at the net. It’s known as “Corsi versus” if the opposing team gets a shot. The corsi percentage is determined by the distinction between the two motions.

Fenwick excludes blocked shots. A body, stick, or glove can stop the puck if it’s not shot at the net directly – so Fenwick counts only those pucks that make it to the goalie. It’s considered more accurate than Corsi because of this difference in the counting process.

We hope that this guide helps you bet on the puck line.