How To Choose A Graphics Card

The Graphic card is an important part of the computer. Whether it is for gaming or professional work you should always take care in choosing the best GPU for your computer.  In the case of gaming, Graphics are considered more important than the CPU itself.  We cannot consider a particular GPU to be the best for you but in this post, we will be giving you a proper guide on how to choose the GPU which suits your PC the most. 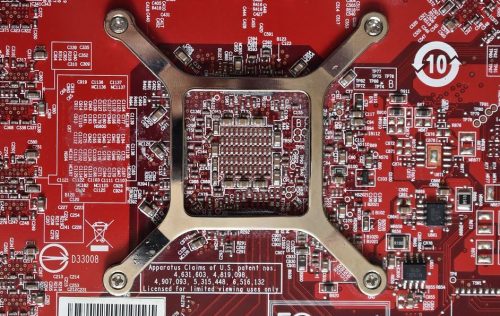 In the world of Graphics cards, there are mainly two Vendors who create some of the best GPUs available in the market. Yes, you got it right, We are talking about NVIDIA and AMD. AMD has launched its Ryzen series and if we talk about NVIDIA we can see some high-level products likeRTX 2060 graphics card at their End.

Before we move further here are some points which you should consider before purchasing your selected Graphics card.

Many people fail to understand that only the GPU cannot give a boost to their gaming performance, You may have heard about bottlenecking and this is where it happens. This is possible that your CPU is not capable enough to take care of the GPU you are attaching to it. For Example, if you would pair an RTX 2070 Super with an Intel Core I3 then surely you would not get the results you would have been thinking of. So make sure you upgrade your Processor first before going for a heavy graphic card.

This is the most common problem faced by users when they buy a new graphics card for their PC. A good graphics card requires a high voltage supply with at least a 6-pin or 8-pin connector. You should check the power requirements of the graphics card you are purchasing to check whether your PSU is powerful enough to support your new card or not.

This is a big assumption in the minds of the gamers that if they would attach two GPU’s then their performance would be boosted by 20-30 FPS at a higher resolution. Let us clear your mind and tell you that if you go for a Dual –GPU setup it would give you a maximum boost of 5 frames per second, but would cost you almost Double a Graphics card’s price.

This would have cleared the basic questions in your mind and now we can move further on, to help you to choose your desired and most suited GPU.

Budget is the most important factor to determine which GPU suits you the best for your Rig. The GPUs are classified with price ranges varying as per performances. You can even get a Graphics card for under $150 and one can cost you more than $700 also, the final choice would be made upon your budget. For mid-range 1080p gaming, you can get a decent GPU under $500, for low-end gaming you can go for a GPU under $150, and for high-end gaming, you can go for a GPU over $700.

There is a nail-biting competition between these two rival vendors. It is very hard for some users to decide, whether they go for AMD GPU or an NVIDIA graphics card. In some cases, NVIDIA’s GPU has performed better and in some cases, AMD’s GPU has out passed NVIDIA. It depends on the use, If you are looking for professional use, we can say that the NVIDIA Quadro series is far better than the AMD fire pro series, as the fire pro series has not impressed its user that much with its performance. The AMD RX series has given a tough time to the RTX series of NVIDIA. AMD GPU’s are relatively cheaper than NVIDA’s. You can go for either NVIDIA or EITHER AMD, We would say if you are low on the budget then AMD would be the solution for you, but if you can spend some bucks then you should go for NVIDIA.

Now when you are clear with everything we will tell you which factors you should always keep in your mind when buying a GPU.

The modern AAA titles require a big amount of dedicated memory to be available to render all the high-quality effects. You should keep in your mind that for decent 1080p gaming you should have a GPU with at least 4GB dedicated memory, you can also take it up to 8GB if you are good on the budget.

When going for a high-end graphics card, you should always check your graphics card first if it’s VR compatible or not, or else it would be a waste of your money. We would advise you for a GPU like the RTX 2070 Super or the RTX 2060 graphics card, which supports the VR and also are the game changers in terms of performance.

You should always take care when you are choosing among the sub-vendors. There would be different variants for a single GPU like you can get a GTX 1660 in a single fan from MSI and on the other hand, it is available in dual fans from ASUS. We would advise you to go for a Dual-fan GPU because they provide a better cooling system to the Graphics card.

In the end here is the list of some worthy Graphics cards according to their prices to ease you more in picking the best GPU according to your budget or need.

That’s it for today we hope that this post would have helped you to finally buy your desired Graphics card. If you have any questions, you can reach out to us by commenting in the comments section below.

Interesting Related Article: “What is the Importance of the Graphics Card in a PC?“