How to Play 3-5-2 Formation in Football by a BetZillion Expert, Tim Harrison 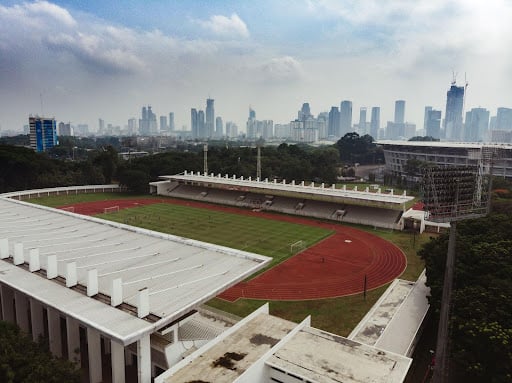 Coaches adopt different approaches to a football game, all to ensure they can get the best result for their teams. While there are many formations in football, one of the formations that always get fans interested in a game is the 3-5-3 formation.

Usually, fans are used to seeing four defenders take up the defensive responsibilities for a team. However, the 3-5-2 formation comes in a different dimension, with three or five defenders responsible for keeping the opposition players from scoring.

Tim Harrison, a betting expert at BetZillion, spoke with Market Business News about this formation, checking out its history, strengths, and weaknesses. You will also find the example of VIP betting websites where you can place bets on teams that play with the formation.

While the 3-5-2 formation has become very popular in modern football, the formation has a history from the past. The first notable moment the formation became prominent was during the 1986 World Cup as the then Argentine manager Carlos Bilardo adopted the formation to make more room for Diego Maradona.

Although Bilardo had already tried the formation since 1984, he eventually helped the Argentine National Team win the 1986 World Cup.

Here is how Argentina won the FIFA World Cup in 1986:

After that success, the formation spread abroad but later went out of favour. It wasn’t until the early 2010s that it started to come back into prominence again, thanks to Antonio Conte, who has now achieved success with the formation at Chelsea and Inter Milan.

The setup of the 3-5-2 formation is simple. However, it is flexible, as teams can twerk it in the midfield a bit.

Apart from the goalkeeper, whose duty is to man the goalpost, the formation sees three central defenders.

The three defenders include:

While the three defenders could take up flat positions, standing side-by-side, one could act as a sweeper.

The three defenders’ essential attributes are to be strong, vigilant, and fast. While the RCB needs to cover the right side of the defense, the LCB must cover the left side. On the other hand, the main center-back must handle the middle of the defense and offer support to the RCB and LCB.

The positioning and duties of the five midfielders are essential because they are the focal point of this formation. First, there are two wing backs: right-wing back and left-wing back, whose duties are to man the right and left sides of the pitch, respectively.

The wing backs are naturally defensive-minded players responsible for keeping the opposition wingers at bay and, simultaneously, with offensive responsibilities. As a result, they must be strong, agile, and fast. In addition, the wing-backs must be excellent in defense and potent in attack.

An example of an excellent wing-back is Chelsea star Reece James whose clip you can find here:

The two strikers must be excellent to get the best out of the 3-5-2 formation. Usually, a team can set up with two traditional No. 9s who will have to be goal poachers. On the other hand, the setup could be one standard No. 9 and another striker playing off him in the No. 10 role.

Generally, the attacking or central midfielders, the wing-backs, and the No. 10 would be responsible for creating chances to get the strikers going.

Strengths of the 3-5-2 Formation

The first thing that comes to mind when you see a team set up a 3-5-2 formation is most probably that the manager wants to play defensive football. However, this is not the case, as the formation offers flexibility. The formation is generally an excellent counter to the 4-3-3 formation. Thanks to the wing-backs, the team can be secured offensively and defensively. When wing-backs surge forward, they can be confident that they are protected because of the three-person central defense.

In addition, the formation allows a team to dominate possession as they can overload the midfield areas. Sometimes, one of the three-person defenders could step into the midfield with the ball, leaving the opposition confused about who to mark.

Weaknesses of the 3-5-2 Formation

While the 3-5-2 formation offers so much effectiveness, weaknesses are attached if a team does not execute it properly.

The first noticeable weakness is when the wing-backs join the attack and sometimes take time to fall back. It could leave the team exposed at the back, especially in the case of a counter-attack. As a result, it is vital to use strong, agile, fast, and defensively aware wing-backs.

Generally, the 3-5-2 formation is susceptible to weaknesses when a manager does not have the right fit of players for each position. It takes discipline and the right mentality to thrive with this formation.

An example of a team that recently triumphed with the formation was Inter Milan under Antonio Conte in the 2020/21 season.

Although the 3-5-2 formation is not widely used in football, several managers have adopted it to attain success. Before you visit a bookmaker of your choice to wager on teams that use this formation, it is vital to understand how the formation works. It will help you make the best betting decisions to get the best out of your bets.

You may be interested in: How to Learn New Skills Quickly