How to Repair a Non-Working Disposable Vape Pen? 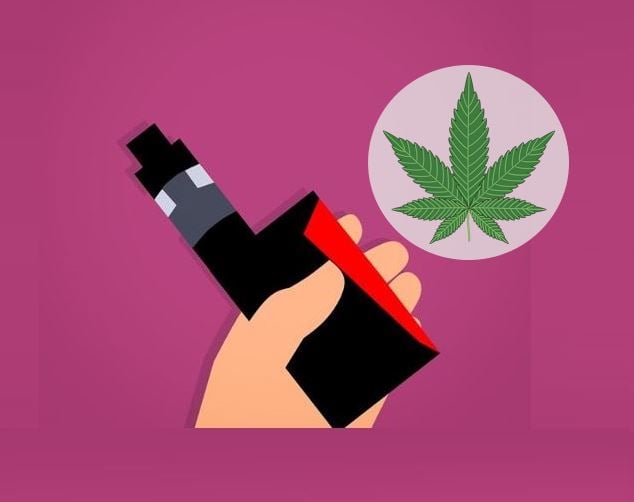 CBD consumers are turning to disposable vape pens as a convenient, portable method to acquire their daily dosage of hemp. Disposable vape cake pen is very appealing since they are all-in-one devices that don’t need to be charged, put together, or filled with e-liquids before they can be used to vape. They are tiny enough to fit in a pocket and come in different strain amounts.

Which Parts Make Up a Disposable Vape Pen?

Most disposables are made up of three primary components: a coil, a battery, and a pre-filled pod or cartridge.

The majority of disposables—whether they include CBD or nicotine—come with an attached cartridge or pod. While most of them fall under “pod vapes,” some can be categorized as “disposable vapes” since they come with a removable pod or cartridge.

There aren’t many connections between the pod and the battery that may go wrong because everything is integrated. The top of the pod will also feature a mouthpiece that permits the vapor to enter the mouth when you draw or inhale from the device.

The heating element of disposables, the coils, are built into the cartridge or pod, and hence the entire device.

Coil receives electricity straight from the battery and warms up to produce vapor through the mouthpiece, which is the component in charge of heating the e-liquid. The resistance ratings of the coils will vary, and although some may be standard round wire coils, the majority of the newest disposables use a mesh coil.

The battery is the last and most important part. The majority of disposable gadgets will contain a battery with a capacity between 280 and 1000 mAh. Usually, the internal battery of a gadget grows in size.

However, you could discover that some more recent disposables feature a little battery that can also be recharged by USB-C. The conductivity of the coil and the volume of pre-filled e-juice in the disposable usually determine the battery size. The battery is intended to be as long-lasting as the vape fluid. With disposable rechargeable gadgets, this is not the case.

How to Repair a Disposable CBD Vape Pen

CBD vape pens are the perfect option for cannabis stores since they are practical and incredibly user-friendly. Even the government made many laws in the favor of these cake pens. Unlike conventional modifications or cutting-edge pods, they are affordable and don’t put a lot of strain on the budget. They are less expensive than the majority of vaping devices because of their accessibility.

But what one should do if your disposable gadget simply won’t produce vapor for you, despite your best efforts?

Sometimes a failed shot from a disposable is just the result of an air bubble blocking circulation in the cartridge. If this is the case, try repeatedly tapping or swiping the cartridge’s side; doing so should break it apart. Naturally, you should exercise caution to avoid damaging the item by hitting it too hard.

The problem may occasionally be a blocked mouthpiece. Clothes lint, bits of paper, and other debris might end up getting trapped in the mouthpiece if you store the disposable in a pocket, handbag, or messy drawer. To discover whether anything is obstructing the airway, try to peek inside. Then, carefully work your way around the inside of the mouthpiece using a small, pointed instrument, like a safety pin or a toothpick, to try to dislodge anything that could be lodged inside.

When you tug on most disposables, they usually give you some form of signal that the battery is functioning. Frequently, this is a light that shines when you breathe in. Your gadget may have one of these indications, but if nothing happens when you pull on it, the fault can be a drained battery, which is an unrepairable manufacturing defect.

Since there are so many low-cost disposable gadgets on the market, no manufacturer is ideal, and occasionally you may just have gotten a dud due to poor quality management. There may be broken internal connections, an expired battery, or a broken coil. It’s possible that it wasn’t like this when it left the manufacturer’s storage, but it may have happened in transit. If this is the case, you can swallow the losses and buy a new gadget.

Sadly, as is frequently the case, some disposable vapes can be fixed using the techniques mentioned above, but in some cases, the equipment you bought is simply defective. Of course, you could always get in touch with the manufacturer or the shop where you bought it to see if you can get reimbursed, but since disposables are so inexpensive, it could be a lost cause.

Although manufacturers’ mistakes won’t always be avoided, it’s advisable to stay with reputable companies with a solid track record for quality assurance. In this manner, there is a lower possibility that you may receive a defective disposable device.

You may be interested in: How to Choose the Best Disposable Vapes?