How to stop robocalls with ease in 2021

Robocalls are on the rise once again as the economy continues to improve after the pandemic. According to YouMail’s Robocall Index, robocalls increased by 15% in February, reaching over 4.6 billion nationally. According to YouMail, robocalls averaged 159 million calls a day in February, or about 1,911 calls per second.  Robocalls are on track to hit 51 billion in 2021, a major increase from 2020. The explanation for this rise is that call centers have reopened. The pandemic shut them down, but as the markets and country recovers, call center calls rebound as well. 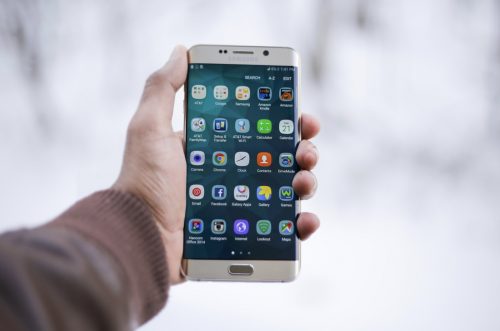 All four big US carriers have a form of free spam call blocking. The Traced Act, signed into law by then-President Trump at the end of 2019, is a bipartisan piece of legislation that allows federal departments and law enforcement greater authority to combat robocalls by punishing the offenders.

The Traced Act, in particular, stretches the statute of limitations for law enforcement to pursue abusive offenders, raise fines and allows telecommunications carriers to authenticate calls to decide if the phone number calling you is legitimate. In 2019 the FCC approved a proposal that allows networks to more actively ban spam calls.

The Traced Act will take time to be implemented across all departments and phone companies, so don’t expect to see a drastic drop in unwanted calls immediately.

Also, keep in mind that not all automated solicitations are unconstitutional. Political campaigns, debt collectors and charities are all permitted to make calls. What is not permitted are calls from bogus IRS agents intimidating you or businesses claiming you received a free holiday that you never signed up for.

However, here are 5 easy ways to avoid robocalls in 2021.

Many robocalls appear on your caller ID as “blocked,” “unknown,” or “private,” while most companies and people appear as recognizable phone numbers. You should be able to stop all incoming anonymous calls without missing an important phone call.

If you have a home phone, you will be able to use Anonymous Call Rejection. To use it, dial *77 and listen for three beeps. Once you hear those three beeps, hang up.  Any call that masks its number will be blocked from calling your line.

Use Hiya, a third-party app

Based on a database of established scammers, the third-party Hiya: Spam Phone Call Blocker will alert you of robocalls and fraud calls. The software deals with phone calls related to bribery and criminal activity, as well as those related to telemarketers.

Hiya detects spoofed calls that begin with the same digits as your own phone number. You can also enter contact details into the app and Hiya can tell you where it came from and whether it’s a spam call.

The standard app is completely free. A premium edition with exclusive functionality is available for a seven-day trial, priced at $3.99 per month or $24.99 a year.

Millions of people cheered when the Federal trade commission established the National Do Not Call Registry and in an ideal world, registering would prevent telemarketers from calling you. Putting your name on the registry makes it illegal for phone companies to contact you.

However, scammers do not strictly abide by the law and they are unconcerned with this list. Having said that, it’s still a smart idea to register your contact information as an extra layer of security from unauthorized calls from within the United States.

It is easy to register on the National Do Not Call Registry. Go to donotcall.gov and input the phone line you want to be included on the list. Take note that fax numbers are subject to various rules.

You can also dial 1-888-382-1222 from any phone number you wish to be added to the list. Your number will remain on the list until you request removal or give up the number.

The Do Not Call registry also removes you from for-profit business call lists after you sign up. Although the effect is not instantaneous. Telemarketers only regularly refresh their listings, which is why the FTC claims it can take up to 31 days.

Political parties, foundations and poll takers can still contact you. Businesses from whom you have purchased things or made a deposit during the last 18 months have the right to call. When they call, though, remind them clearly that you want to be removed from their list and they must respect your order, even though they will attempt to persuade you otherwise.

Truecaller is an alternative to Hiya

Truecaller works hard to prevent spam phone calls and text messages. The app recognizes each incoming call, particularly those from unknown numbers, so you can tell whether it’s legitimate or not. Truecaller will block unsolicited calls based on identified spammers as well as numbers you manually enter.

The standard app is completely free. You can remove all advertisements and reap other perks for $4.49 a month or $29.99 a year.

Spam call security is integrated into Google’s Android smartphones, including the Pixels, Nexus, and Android One. Users with Caller ID activated will get an alert if suspicious spam or robocall is received.

Aside from ignoring the call, the recipient can block or whitelist the number if the spam flagging is considered a mistake. Any number that has been barred can be unblocked at any time. There is an alternative option to report the call to Google.

All of us are bothered by robocalls and spam calls throughout the day. Some of them wait until you get home from work in the evening to bug you right as you sit down to rest and forget about the annoyances you had to put up with all day. If you ask someone you meet about their encounters with spam calls and robocalls, you’ll certainly get the same outrage, exasperation and maybe even feelings of helplessness as you do. The suggestions above will assist you in how to stop robocalls in 2021.

Interesting Related Article: “Industries That Have Seen Growth as a Result of Mobile Data Improvements“