There has been a steady decrease in the number of smokers, according to the World Health Organization. But when it comes to vape, it is a different ball game entirely. 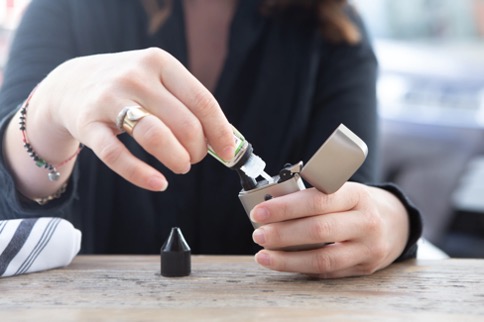 What are vaping devices?

Vaping devices are electronic devices that simulate tobacco smoking. These electronic nicotine delivery systems are powered by batteries. Vaping devices consist of an atomizer and a tank. Instead of inhaling smoke, users inhale the vapor, which sometimes contains nicotine, flavorings, and other chemicals.

Vaping devices are readily available in any vape shop online. These vaping devices look like traditional tobacco cigarettes, pens, or even USB memory sticks. Irrespective of how they look like, these devices function alike. At the moment, there are more than 400 e-cigarette products in the market.

How do vaping devices work?

It is essential to note that most vaping devices consist of four different components, and they are:

When a person puffs, it activates the atomizer, which then vaporizes the e-liquid in the tank. The individual then inhales the vapor.

Why are Vaping devices beneficial for the market?

Vaping devices are considered to be a safe alternative to smoking cigarettes. Although the industry is not yet regulated equally, and vaping side effects are still under review.

The vaping industry has become more popular because vaping devices are now efficient in terms of their battery life and the different variety of flavors they have – which is why many customers are now attracted to them.

The increasing price of traditional cigarettes is anticipated to boost the demand for vaping devices in the market.

It is essential to know that the market is progressively growing due to a rapid awareness from medical experts that the term “e-cigarette” is safer than traditional cigarettes.

Furthermore, vendors’ constant improvements and customizable options of vaping devices are likely to influence a new growth in the global market.

Do ‘vaping’ and ‘e-cigarettes’ have the same economic influence?

Due to the fact that both vaping and e-cigarettes are the same, they tend to pose the same economic effect. E-cigarettes, vapes, vape pens, Juul, and so on all mean the same class of product, and the e-cigarette is the product itself, and vaping refers to the use of e-cigarettes.

The e-cigarette market is increasing sporadically as the number of vapers rises. Currently, the global market is approximately worth $19.3billion, from its earlier value, which was $6.9billion five years ago.

Today, the US, UK, and France have the biggest vape markets. Additionally, e-cigarette smokers in these countries have spent more than $10billion on vaping products.

The open system e-cigarette is the most popular

E-cigarettes are divided into two types: open and closed e-cigarette systems. In an open system, a user can refill the vaporized e-liquid by themselves. According to Euromonitor International, the value of open vaping systems rose from $5,000 in 2013 to $45,000 in 2023.

On the other hand, closed vaping systems are ready-made refills, and they are screwed directly to the battery.

The vaping market size was valued at $12.41Billion in 2019, and it is expected to grow at a revenue-based CAGR of 23.8 percent from 2020 to 2027. It is crucial to know that the market will gain traction over the predicted time frame, resulting in increased demand among younger folks. Due to a wide range of e-cigarette options, more millennials will use more vaping products in the future.

Most vape shop customers are people that want to quit smoking. Vape shops online and CBD stores are becoming popular. From 2015 till date, vape shops – both online and at retail locations – have proliferated.

The Benefits of having vape

There have been lots of mixed reactions around vaping. But here are some benefits of having a vape.

Vaping is a better alternative to smoking. Its numerous influences on the global market may see its market value increase in the future.

Mike Brown is a senior editor and a blogger at  VapeJuiceDepot. His true passion is to provide assistance in creating software to help businesses grow. Developing a system to engage people together as the products change the hands of millions of people is a thrilling accomplishment.