How Video Games Could Influence the Gambling Industry 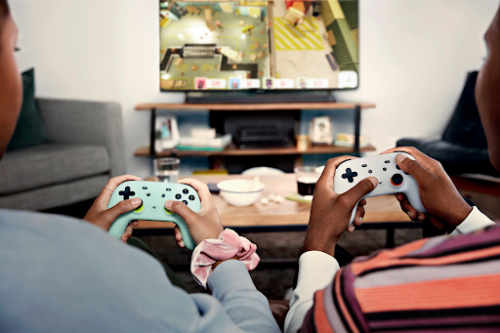 Video Games as the Way to Attract Younger People

Not so long ago, Nevada and New Jersey passed a law that allowed operators to offer skill-based games in land-based casinos as a way of attracting many young punters. Popular video games like Angry Birds and Candy Crush can now be played alongside high roller poker games in world-class casinos like the Bellagio.

The objective is to have many skilled based games filling up casino floors, including popular console video games ranging from shooters to racing. This will help to achieve the goal of having many younger people in the casinos than we have witnessed in the past. Also, with the growing popularity of mobile casinos presented by CasinoDeps, it is the possible way to attract new users. With many young people visiting casinos regularly, it is a challenge for the operators to contain them to play for a long time. By 2014, the millennials made up 27% of the visitor to Las Vegas, but only 63% were able to gamble.

The Need for Introducing Skill-based Games

The biggest percentage of people playing at casinos in Vegas are aged 50 years and above. Some executives have been disappointed to see that many casinos are being wired for a generation that is no longer the majority.

With many areas of casinos, including games having face-lifts, the slot machines are the only ones that seem to have been left behind. The objective has always been to insert a coin and spin for a chance to win. However, casino developers have introduced arcade games at wide plasma screens as well as themed cabinets based on blockbuster TV shows, but the concept is still the same.

The reason why people love Gamblit skill-based games is that they are simple and deliver a casual experience. The latest title from the developer is Smoothie Blast, where players make smoothies using assorted fruits.

Unlike the standard slots that are random, you get to choose the fruits to include in your smoothie. The best part is that some combinations reward higher points to boost your winnings. Gamblit has worked with several video game developers interested in skill-based games to deliver high quality and entertaining games. Such games could be played single player competing against the house as well as classic games like blackjack or poker. According to Eric Meyerhofer – CEO of Gamblit Gaming – the company could even opt for a popular franchise like Call of Duty.

The idea is to change casino floors from being flooded with slot machines to smaller games but more engaging with unique themes and other great features. Many people were surprised by which the legislature passed the law to introduce skill-based games in the casino industry.

The idea of having skill-based games in casinos was supported by Tom Mikulich, the senior vice president at MGM Resort International, which owns leading Las Vegas casinos like the Mirage, Bellagio and Mandalay Bay. This explains why many casinos have upgraded the facilities in the past years to attract a bigger young audience.

There’s no doubt that video games have greatly influenced the casino games we play today. Introducing these games in casinos will help in attracting many people, especially the young generation, to visit land-based casinos. The introduction of video games in the gambling industry has led to the invention of eSports tournaments that are more competitive. However, there has been a debate that casino operators are using video games to explore the young generations with unstable income.

Interesting Related Article: “How has the internet changed gaming? “