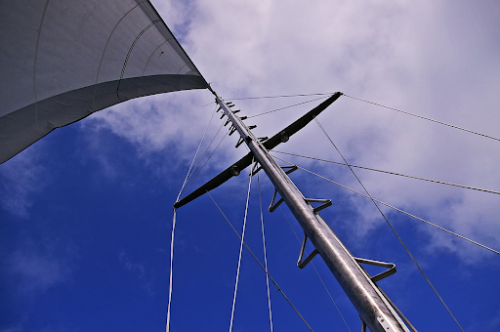 Alternative, renewable energy sources for yachts are slowly making their way into mainstream use. There are several options available,  including wind power, solar power, hydropower, and hydrogen. But should you consider investing in these alternatives?

Essentially, any sailboat is mainly powered by the movement of sails through the wind. This was the very first form of energy used for maritime purposes since the very first ancient ships set sail. But today’s sailboats have evolved to incorporate a sleeker structure with a motor and all modern conveniences.

Wind power is also becoming increasingly popular in the U.S. and around the world.  And the US is home to more sailboats than almost any other country in the world. This is especially true in states with very good weather like California or Florida. When looking into yacht rental in Los Angeles, we found a wide variety of sailboats and yachts to choose from.

A wind-powered generator is another method of powering up a vessel with green energy.  An onboard wind generator can produce enough energy to meet the needs of a 45-50ft yacht. Although noise and vibration in strong wind conditions are cited as the most common drawbacks of this energy alternative.

Solar power is one of the most well-known and widely used renewable energy sources. Lightweight, flexible and customizable solar panels are being produced these days that can be mounted on yacht surfaces like hulls and masts. Of course, solar energy is more effective in locations that get a lot of bright sunlight.

Solar power is the conversion of energy from direct sunlight into electricity, most commonly using photovoltaics. Photovoltaic cells convert light into an electric current A 40ft monohull would have enough space for about 1,200W of PV panels. These could produce about 360Ah on a bright, sunny summer’s day.

The amount of space where solar panels can be installed is limited on smaller crafts. A more recent development aims to solve this issue. It entails the use of thin solar film that can be attached to the sails of a sailboat. This combines the two green energies: wind and solar power, to maximize power production.

While solar and wind power energy output is subject to prevailing weather conditions, hydropower is not. Hydro turbines are very popular because of their silent operation and high energy production. They are effective at generating energy at all times, regardless of the sun or wind.

It is often seen used for catamarans, where this hydro energy can power a propulsion battery bank as well as the electronics onboard. Hydro turbine generators convert the mechanical energy from moving water into electrical energy to power up electrical components on your boat such as navigation, lights, etc.

And new hybrid propulsion systems are emerging that use regeneration to produce large amounts of power off of a freewheeling propeller. These hydro generators are effective for various types of yachts and on all bodies of water: streams, rivers, lakes, and oceans.

Hydrogen power is another green energy that’s been thrust into the spotlight. In fact, it was used to power up the relay event torch at the Tokyo 2020 Olympics Games. But what makes the use of hydrogen fuel cells a good idea for the environment? And can it also be used for powering electronics on a yacht?

Hydrogen refueling is quick and simple, and the hydrogen fuel cells emit no carbon monoxide. That’s good news for your health and the environment. The use of hydrogen in yachts is a relatively new concept compared with other energy sources. But it is gaining a lot of acceptance.