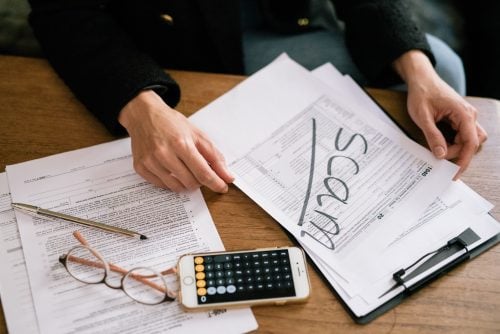 A wide range of investments, including corporate stocks, municipal bonds, bank notes, investment contracts, and more, are referred to as “security.” Securities fraud occurs when someone engaged with one of these investments lies, cheats, or steals to achieve financial benefit.

White-collar crimes like securities fraud can be committed by anyone, including private citizens, professional financial analysts, securities brokers, businesses, and even government organizations. Numerous aggressive stock traders who have spent decades making wise investment judgments are now being branded white-collar crooks due to their bad financial judgment.

The United States has increased consumer protection measures since the financial crisis of 2008, and it has tightened up the enforcement of the laws that apply to Wall Street’s white-collar workers. However, some engage in crimes known as securities scams, which involve using investor money only for their financial gain. Multiple elements must be present for the government to establish its case. A securities fraud attorney can guide you through your case about the financial crisis.

Though securities fraud can take many forms, it is typically defined as misrepresenting information to investors to influence their decisions to benefit personally and financially. They can take the form of stock pump-and-dump schemes, Ponzi schemes, high-yield investment fraud, and others.

The main objective of securities fraud is to persuade someone to invest by providing false or misleading information. The penalties for committing securities fraud include significant fines, prison terms of up to five years, probation, and other court fees.

Racketeer Influenced and Corrupt Organizations may also accompany securities fraud accusations (RICO) charges, adding decades to the sentence if the offense was related to funding a criminal organization.

“Churning,” “pump and dump,” “insider trading,” and “outsider trading” are the four most typical forms that are prosecuted.

Churning is the terminology used to describe the behavior of a securities broker persuading a client to make several trades to increase the broker’s fees or commissions. Since brokers are fiduciaries, they are legally obligated to act in the client’s best interest rather than their own.

This method entails buying and selling an enormous amount of stock to give the stockbroker commissions at the expense of the gains made by the client. Churning must be possible for the broker to make investment decisions in the customer’s account.

Repeated in-and-out purchases or sales of stocks are not essential to fulfilling the client’s objectives; it is a tell-tale sign of churning.

These are generally hurriedly constructed offices with fast-talking telemarketers who persuade individuals to purchase dubious stock during cold calls (think the early scenes of Wolf of Wall Street). These efforts, which employ high-pressure sales techniques, create enough demand to drive up the share price, “pumping up” the value of the shares.

The business sells its shares for a significant profit (or “dumps” them) after the stock reaches a specific price, which lowers demand and prices and causes investors to lose money.

This entails trading stocks or other securities of a publicly traded corporation by a person who has access to specific information that is not generally accessible. Due to the unjust treatment of the investors who lack access to this information, this is prohibited.

According to the SEC, trading by business officers or other important persons must be reported to a regulator or made “promptly” public. Case law, rather than statutes, is where most laws governing insider trading are decoded. Under federal law, insider trading is subject to treble damages, and criminal prosecutions carry a maximum 20-year sentence.

The SEC is prosecuting this relatively recent crime, made possible primarily by data breaches and hacking into financial systems’ databases. This is directed at people who break into companies illegally to obtain information that isn’t readily available to the public and then use that information to trade stocks. The SEC began issuing subpoenas in 2015, asking for information regarding any data breaches businesses have experienced.

Typically, the prosecution must be able to demonstrate that the defendant willfully or deliberately misread or withheld information and that the investor reasonably relied on the information obtained, as a result, leading to a loss of money.

The prosecution’s case will fail if it can be demonstrated that the loss was not caused by the investor relying on misleading information or if the defendant can demonstrate that they acted neither knowingly nor negligently or understood that their information was wrong.

Often, the best defense is to have an experienced lawyer on your side as soon as possible. Corporate leaders who refuse to cooperate with the SEC risk losing their jobs; nevertheless, speaking with the SEC could lead to a criminal indictment or provide damning information to the authorities.

The Department of Justice receives documentation from the SEC regarding its civil fraud investigations to bring criminal charges. Before speaking to anybody else, engage a skilled attorney to help you navigate the SEC’s interview and investigation process, even if you believe you are merely involved in a civil matter.

Securities and investment fraud is a complex area of the law. It is common for prosecutors to add additional charges to securities fraud allegations, including bank fraud, wire and mail fraud, computer fraud, tax fraud, RICO, obstruction of justice, and money laundering. These have the potential to augment any sentence imposed if found guilty.

White-collar investment professionals risk losing their certifications and qualifications if found guilty, which might negatively impact their capability to earn a handsome living in the near future. This is in addition to receiving harsh civil penalties and lengthy jail sentences.

The financial preparation of a public company is often the responsibility of a director or senior officer, and those found guilty may be barred from holding that position. They may also be subject to disciplinary action by state licensing boards that regulate professionals like accountants and financial planners.