How Are Independent Restaurants Staying Afloat Throughout COVID-19?

After a year of ups and downs caused by COVID-19, keeping independent restaurants open has been difficult. Due to heavy lockdown restrictions, large chains have suffered drastically, meaning the picture looks pretty bleak for independent establishments. 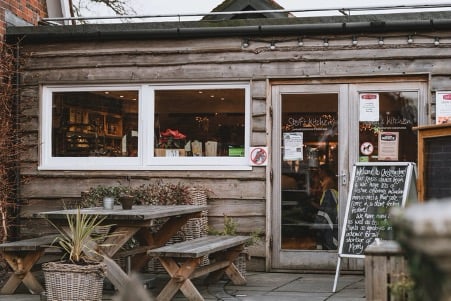 The latest rules imposed by the UK government have hit the industry the hardest. Now, with a second lockdown well underway, it might seem as though seeking legal advice in Ipswich, London, or any other local area you reside in may be your only chance to keep your company afloat. That said, there are ways in which restaurants have adapted to ensure they remain open.

In this post, we’re going to discuss how COVID-19 has impacted independent restaurants, and how many of these restaurants have managed to remain afloat. We’ll then take a look at the ways they’ve done this, and explore whether they’ll be able to survive into the future. What does the future hold?

How Has COVID-19 Affected Independent Restaurants?

When the seriousness of COVID-19 became apparent across the world back in March, the UK hospitality industry feared the demise of their entire sector.

Following a strong January and record-breaking Valentine’s Day, restaurants were seeing marked decreases in footfall as people were told not to visit places in large groups and to avoid excess contact with people in public.

On 16th March, a nationwide lockdown was officially announced, and restaurants had to shut their doors completely. Soon after, UKHospitality’s chief executive, Kate Nicholls, said that if restaurants stayed closed until Christmas, a third of the sector would be at risk.

Fast forward to today and there have been 1,467 large and independent restaurant closures this year. This is a 59.1 percent increase on the 922 that closed in 2019.

These numbers are obviously high, but of the 26,000 restaurants in operation at the beginning of the year, most seem to have found ways to stay afloat during the pandemic.

How Have These Restaurants Managed to Stay Afloat?

Now that we know how independent restaurants have been affected by the pandemic, it’s time to look at exactly how they have managed to stay open for business. Perhaps you can take inspiration from these adaptations for survival… 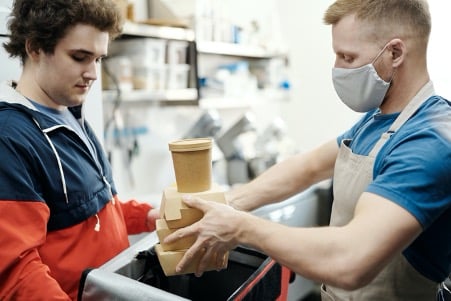 The easiest way for these independent restaurants to stay afloat was to start offering takeaway. If the customers can’t come to you, you have to deliver the food to them.

Back in July, a survey of UK restaurants by City Pantry found that nearly a fifth (19 percent) of them started offering takeaway services to survive the pandemic. Many of these independent restaurants even continued to serve takeaway after the country reopened. This way, they could ensure those who weren’t comfortable leaving their homes yet could still purchase their food.

This tactic wasn’t a complete solution to the problem, with 44 percent of restaurants still struggling with a drop in sales. That said, it definitely helped keep the industry afloat during the first lockdown.

On 20th March, the UK government announced their job retention scheme, with the aim of helping employees stay on the company payroll. These measures allowed businesses to put their staff on furlough, whilst the government paid each employee 80 percent of their wages, as long as they stopped carrying out work for the company.

Independent restaurants took full advantage of this scheme, furloughing the staff they didn’t need. In some cases, they maintained a skeleton crew to cook and deliver takeaway food.

Once businesses were allowed to reopen, the government provided further incentives with their ‘back-to-work bonus’ scheme. This scheme paid businesses £1,000 for each furloughed worker they brought back; a decent amount of money for a small, independent restaurant. 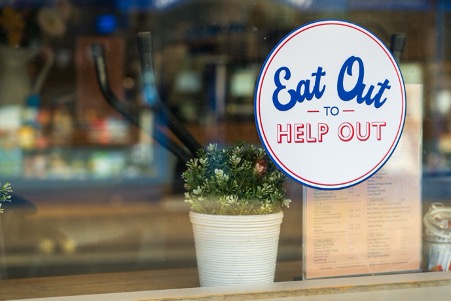 The third factor that helped keep independent restaurants alive was the famed ‘eat out to help out’ scheme.

This half-a-billion-pound scheme paid for 50 percent of diners’ meals, up to £10 per person, on Mondays, Tuesdays, and Wednesdays. It ran from the 3rd of August to the 31st of August and managed to encourage diners to spend 34.2 percent more than they did the previous month.

According to Barclaycard Payments, four in 10 Brits made use of the scheme and it was used to claim more than 100 million meals by the end of August.

4. Made their customers feel safe

Both large and independent restaurants put in the effort to make their customers feel safe from the minute the first lockdown ended. To do this, they:

everything they could to make their customers feel safe.

This unquestionably had an impact on how many customers actually decided to sit down and eat in independent restaurants.

Despite this effort, the government felt it was necessary to put strict rules in place where every diner had to enter the restaurant with a mask on and not take it off until they were seated. They also encouraged table service to keep customers from coming into contact with each other.

This didn’t seem to put people off too much and, again, probably made them feel safer and more willing to dine out at independent restaurants again.

The first hint that government rules were starting to work against restaurants was when they introduced the 10 pm curfew. 100 major hospitality firms spoke out against the new curfew, saying it would make their fight for survival harder.

This leads us to the situation we’re in now, which we’ll discuss in the next section. 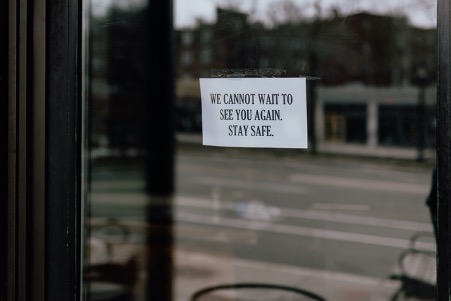 What Does the Future Look Like for Independent Restaurants?

Despite all the efforts, independent restaurants put in to survive the pandemic, and all the schemes provided by the government to support them, the future looks shaky for the industry.

As of 5th November, the UK has gone into a second national lockdown, and all restaurants have been forced to close. The lockdown is expected to last until 2nd December, but many speculate that it could last a lot longer.

At this stage, it feels as though, after all their efforts, large and independent restaurants are back at square one. They’re having to rely on the takeaway systems they set up during the first lockdown if they even set them up in the first place.

Any restaurants that were unable to adapt during the first lockdown will certainly need to reconsider how they’re going to make money the second time around. Thankfully, the furlough scheme has been extended until March, so independent restaurants will still be able to keep their staff on payroll until then.

Hopefully, customers will turn up in large numbers like they did when the first lockdown ended. However, without the ‘eat out to help out’ scheme, and it being winter, the crowds might not materialise.

Today, we’ve covered how COVID-19 has affected independent restaurants throughout the pandemic, and how those restaurants have survived thus far. We’ve also delved into whether they will be able to survive through the second lockdown and beyond.

Any business that has managed to adapt and survive thus far has the chance to keep themselves afloat a little longer. If the lockdown lasts beyond 2nd December, this outcome might become less and less likely.

Hopefully, we’ll be out of this lockdown soon, and people come out of their houses, ready to support their local independent restaurants again. For now, we’ll just have to wait and see.