India’s digital sector is gaining global recognition for a profile upgrade – from back-office provider to front-end developer. Gaming studios illustrate perfectly why investors are willing to support such potential. 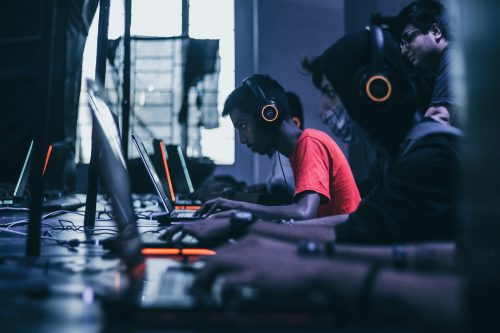 For a number of years, the Indian IT sector has seen considerable support by foreign (and national) investors, mostly in support centres and back-office engineering. Appetite comes with eating, however; and know-how and experience lead to initiative.

Increasingly over the past couple of years, India has attracted targeted investment from venture capital funds willing to support higher added value in the digital sector – complete development of global products and their support and innovative platforms for international consumption.

A Bangalore game developer has promptly raised USD 1 million to make its social games better and known globally. “Bombay Play” is a relatively new brand but is a perfect example of those ambitious young desi studios which drive forward the digital development scene.

Ever since mobile gaming outgrew all other digital games a couple of years ago, investors have been looking towards the fastest-growing global smartphone markets. For its sheer volume (above 700 million smartphone users, currently) India has seen a growing need to respond to an organic growth in demand for handheld virtual entertainment.

Gaming studios began focusing on solutions for the national market first. Curated desi content in social and casual mobile games was met with instant approval. Real money casino  games are also growing notably, since they allow players to use their skills and abilities and socialise – for example, profiting from an interactive roulette payout chart while chatting to one’s friends.

There are a lot of websites that offer online casino games. It’s recommended to read reviews on India Casino Info to find the one best suited for you.

World-Class Games Made in India

While many tech segments are already thriving in India, the gaming development studios are just starting to climb the global pyramid. Composed largely of efficient startups rather than billion-dollar companies, it still counts more than 300 important developers, where there were around 25 companies about 10 years ago.

Venture Capital investors Lumikai have put their trust in Bombay Play, just as Playco and Leo Capital have done. Those same VC funds report that even though only a “meagre” half a billion USD has been injected in the sector in the last few years, that is happening at an increasing speed over the past year or two.

While success is never guaranteed, top names in the industry that have delivered results in the past are surely a cause for confidence. Bombay Play’s co-founders, Oliver Jones and Abhas Saroha, have been together at Zynga and Moonfrog – two of the industry’s leaders. The latter company has also notably created India’s immensely successful Teen Patti Gold, a perennial top performer; and the studio counted amongst its driving forces the US developer Mark Skaggs who co-created top gaming hits like Command and Conquer and FarmVille.

Expanding its view beyond the Indian consumer base, the most successful desi gaming studios are pursuing a global following by offering the best they are capable of. Fresh financing and management ideas certainly help.

New and upcoming gaming studios have found inspiration in India’s own extremely competitive digital sector but also in China’s experience in repositioning as a globally relevant developer market and not just a back office for foreign leadership. Amid a complicated 2020, with Covid-19 lockdowns and an ongoing trade war between China and the US, about 1/5 of the leading 100 mobile games on the American market are still developed by Chinese studios.

A related (national) success story is that of Zynga games acquiring numerous Turkish game development studios for its cause, paying top dollar for their top talent.

India’s segment leaders will need further seed financing, if they are to promote their achievements in live and real-money gaming, as well as social, multiplayer, card and strategy games onto the wider mobile gaming scene. “Instant gaming” is also gaining traction (i.e. requiring no download or login), an area where Playco recently raised USD 100 million to pick up operations.

India’s repositioning might take some time. But with the talent, innovative drive and ambition of its development companies – in gaming and beyond – we might just see such a transformation becoming the norm in a shorter time than we thought.