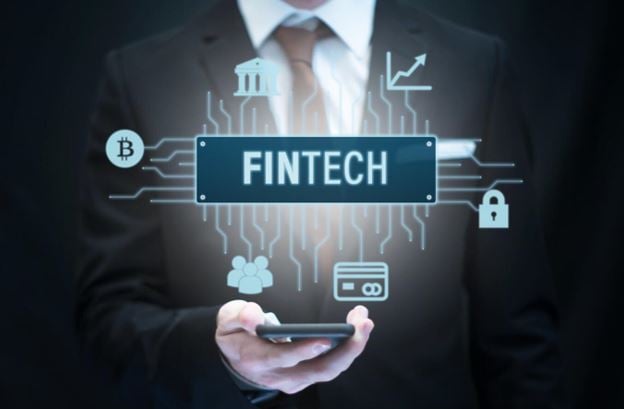 This growth and success of the industry can be largely attributed to top FinTech leaders in India like Sanjiv Bajaj, Uday Kotak, and others who through their financial knowledge and acumen have helped revolutionise the FinTech industry in particular and the financial sector in general. Mentioned below are some of the best digital pioneers in India.

Mathur received a B.Tech degree from IIT Roorkee and joined Schlumberger as Wireline Field Engineer. In 2014, he started and co-founded Razorpay, a payments company. The company’s business model is to provide payment solutions to online merchants. Within seven years, Razorpay has established itself as a leading financial solutions company and has made it easy for Indian businesses, both established and start-ups, to accept payments digitally.

By employing innovative technologies like digital on boarding, launching UPI, focusing on API integrations, and introducing new verticals like neo banking and lending, the company has been able to provide a simple payment method for its customers. Starting out small as a payments company, the unicorn status of the company can be attributed to the professional approach of the management.

One of Top Financial Leaders in India, Sanjiv Bajaj comes from an illustrious business family. He is the great-grandson of Jamnalal Bajaj and the son of Rahul Bajaj. His elder brother, Rajiv Bajaj is the Managing Director of Bajaj Auto. Born in 1969, Sanjiv Bajaj entered his family business in 1994 when he joined Bajaj Auto.

Under his leadership, Bajaj Allianz General Insurance achieved significant growth and by 2017, was rated at the second position in the list of India’s most profitable insurance companies. Due to his contributions to the industry, Sanjiv Bajaj made it to the India Today Power List 2019 and was named in the ‘Top 50 Power People: The High & Mighty’.

Through the use of technology, paperless processes, customised product offerings, use of data analytics, Bajaj Finserv and Bajaj Finance have made it easy for customers to get loans and to participate in other transactions, while also providing a wide range of products.

Under Sanjiv Bajaj, Bajaj Finance is further strengthening its position by entering the payments solution business. In the fourth quarter of FY21, the company will launch Bajaj Pay for consumers. This service aims to provide its customers with an integrated payment solution that includes credit card, PPI, UPI, and EMI card.

One of India’s leading bankers, Uday Kotak is the Executive Vice Chairman and Managing Director of Kotak Mahindra Bank. Uday Kotak has been bestowed with many achievements and honours including Ernst & Young World Entrepreneur of the Year in 2014.

Forbes magazine included him in Money Masters: The Most Powerful People in the Financial World in 2016, and he was ranked at the 8th position in India’s 50 Most Powerful People of 2017 list by India Today. He is also a member of many important committees like the High-Level Committee on Financing Infrastructure, GOI, SEBI’s Primary Market Advisory Committee, etc.

Uday Kotak has been at the forefront in embracing new technologies to make banking a much more convenient and pleasurable experience for customers. In 2014, Kotak Mahindra Bank launched Kaypay, a money transfer service through social media platforms, and Jifi. Kaypay allows Facebook users to send money to one another. The Kotak Payment Gateway makes it easy for the bank’s customers to pay utility bills, shop online, and transfer money for an online trading account.

The National Agriculture Market (eNAM) has roped in Kotak Mahindra Bank as its digital payments partner in a bid to facilitate online transactions for farmers, traders, and other stakeholders on eNAM.

An IIT Delhi graduate and an MS from the University of California, Berkeley, Alok Mittal is the CEO of Indifi. For the successful running of small businesses, the company enables them to get unsecured loans through a hassle-free and convenient process. Alok Mittal is also the brain behind Plaksha University. He is the founding member of the Indian Angel Network and co-founded JobsAhead.com.

Alok Mittal is very passionate about his work and aims to make a valuable contribution to the FinTech sector through start-ups. Indifi has also tied up with Facebook. Small businesses advertising with Facebook can get loans at an interest rate ranging between 17 and 20 percent.

The FinTech industry is growing at an exponential rate and has also emerged as a significant contributor to the economy. The success of the industry can be attributed to the professional and innovative approach of some of the top FinTech leaders in India. Through their companies and start-ups and by providing superior financial solutions, these top financial leaders in India have boosted the growth of commerce and payments.

Interesting related article: “What is Financial Technology or FinTech?”