The 4 Introvert Traits that Make Them Ideal Business Leaders

It’s a commonly-held belief that the best leaders and entrepreneurs in the world tend to be extroverts. After all, many of us came of age at a time when Microsoft’s Steve Ballmer could regularly be found acting out in outlandish and often cartoonish fashion – and succeeding wildly at it. 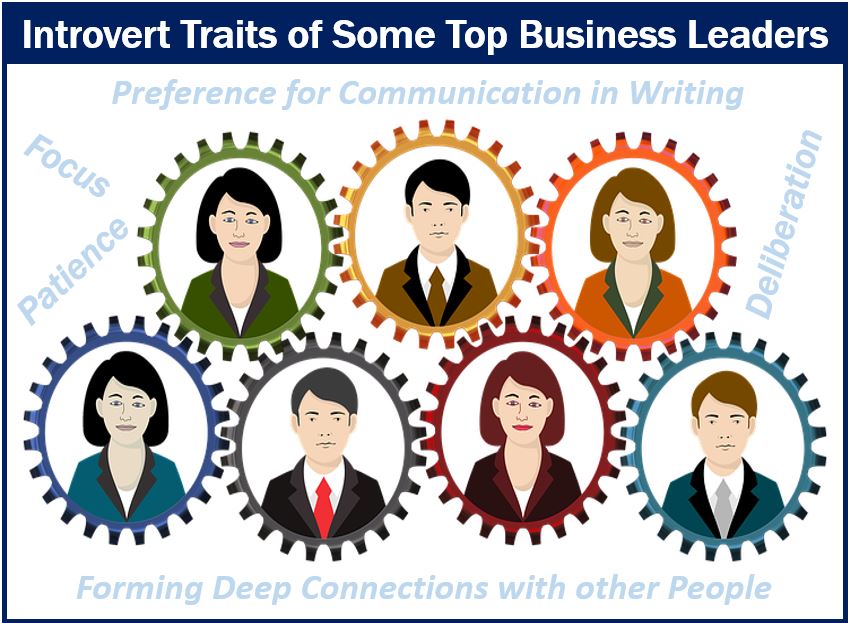 At the same time, Ballmer’s extroverted contemporaries, like Apple’s Steve Jobs, helped build trillion-dollar companies based on some innovative ideas and a cult of personality fashioned in their own image. In such an environment, it’s no wonder that so many people believe that extroversion is a prerequisite for business success.

In reality, however, the image of the extroverted business genius is as flawed as some of the people who popularized it. That’s because, for every Ballmer or Jobs, there was also a Gates or Wozniak behind the scenes providing the substance behind the over-the-top personas.

Today, there are even countless examples of introverts who’ve risen to become the new icons of business success – like Tesla’s Elon Musk, Facebook’s Mark Zuckerberg, and Google’s Larry Page. They, and others like them, are proving that introverts can be all-stars in the business world by maximizing the very traits that were once considered weaknesses for business leaders.

The good news for all of the introverts out there that aspire to be the business leaders of tomorrow is that they have it within them to turn their introverted traits into legitimate assets. To provide them a roadmap to doing so, here are the four traits of an introvert that make them ideal business leaders.

1. The Drive For Substance Over Style

By their very nature, introverts prefer to focus on tasks and work to see them through, rather than to cheer-lead others into doing so. In a leadership position, that tendency can allow an introvert to lead by example, which is what effective teams need to thrive.

As it turns out, introverts are well suited for that very task. That’s because the brain of the introvert is sensitive to acetylcholine, which is a chemical compound that helps us to focus on our tasks and get them done. For that reason, an introverted leader will be able to maintain their focus and guide their teams through complex undertakings no matter how long it takes – and will derive intense pleasure from doing it. In almost every imaginable scenario, that staying power will lead to business results that can’t be matched by the non-introverted among us.

2. The Ability to Connect Deeply With Others

Being a good leader means developing a keen understanding of the individuals that make up the whole of the organization you’re managing. Although introverts don’t thrive at making dozens or hundreds of superficial connections with other people over short periods of time, they do have an innate desire to form deep and meaningful connections with the people in their orbit.

In the short run, that won’t help with things like getting through business networking events, but over the long run, it will allow the introvert to build strong, interconnected teams that will go the extra mile for one another – performing better than the sum of their parts. The ability to get the most out of everyone in a team is a key measure of a business leader’s management skills, and introverts have what it takes to bring out the best in everyone they work with.

One of the key functions of a good business leader is the ability to solve problems, often in pressure-packed situations. To thrive in that sort of environment, it’s necessary to be able to calmly assess the situation at hand, and arrive at well-thought-out conclusions that take every available bit of data into account. That kind of behavior is a strong suit of the introvert, and there’s a real physical reason for it.

A research study found that introverts have bigger, thicker gray matter in their prefrontal cortex, which is the part of the brain responsible for decision-making. That well-developed region of the brain makes it natural for an introvert to mull over even the most complex decisions without being impulsive or irrational, leading to better results.

In short, this physical asset of the introvert allows them – in the words of Rudyard Kipling – to keep their heads when all about them are losing theirs, which is a prized ability for any business leader.

4. A Preference for Written Communications

In the old days, business leaders communicated with their organizations through periodic, showy gatherings (just think of the aforementioned Steve Ballmer and his infamous “I love this company” screed). That meant successful business leaders needed to have the ability to connect with employees in such settings, and rarely, if ever, interacted with anyone on a one-to-one basis.

Today, however, the advent of electronic communications like email, instant messaging, and social media means that today’s business leaders can connect with team members on a constant and direct basis. That new reality favors introverts, who tend to favor written communications, and can even be prolific writers. Handling communications in this way strengthens interpersonal bonds, and helps the leader remain on the inside of the teams they lead, rather than remaining more of a distant, detached figurehead. Plus, they’ll never have to shout at the top of their lungs to be heard.

Putting it all Together

Today’s introverts will find the business world is far more receptive to their preferred way of doing things than it once was, and in fact, that it may even be shifting very much in their favor. For those that share the traits mentioned above, the way is now clear to break the old-school business leadership mold and become a hard-working, empathetic, and laser-focused professional that inspires others by example.

To get there, all that’s needed is the right mix of business management skills, the will to succeed, and a desire to turn their introverted nature into the fuel for a career with no upper limits. The phenomenal success of today’s crop of introverted business leaders proves that it’s possible – so the real question is, what’s stopping you from following in their footsteps?