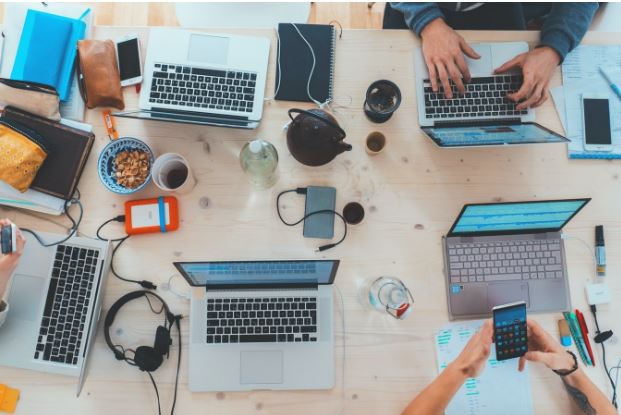 With the growth in cloud computing, many so-called industry experts claim that Active Directory (AD) is becoming irrelevant in this day and age. However, it’s essential to have an open mind about such claims. The reality is that an on-premise directory technology such as AD doesn’t have to be replaced by a solution operating in the cloud. Instead, it can be enhanced by it. Let’s have a quick dive into how AD started off and how it fits in today’s cloud computing scenario.

A brief history of Active Directory

How was AD historically used in IT environments, and what is the way ahead?

Historically, AD managed access and identity to and for network resources in medium-to-large sized organizations. In many IT environments, AD also controls enterprise-wide access to critical resources by offering services that authenticate and authorize users who want access to those resources. When AD was launched, most enterprises used to run their systems in an on-premise environment, for the simple reason that cloud infrastructure had not yet taken off in terms of scalability and reliability.

In 2020, migrating to the cloud for large enterprises has become feasible because of the rise of popularity of large scale PAAS (Platform as a Service) and IAAS (Infrastructure as a Service) solutions such as Microsoft Azure, AWS (Amazon Web Services), GCE (Google Compute Engine).

A lot of enterprises have already moved to the cloud or are seriously considering moving their IT infrastructure to the cloud. However, over the years, enterprise IT teams have invested a considerable amount of time, effort, and energy in setting up privileges and roles in AD. They would like to find a way to continue using AD while considering cloud migration. In a hybrid environment (having on-premise and cloud IT infrastructure), enterprises need to have an IAM (Identity and Access Management) strategy that works in both environments.

How can AD provide an added layer of security for cloud deployments?

With ransomware, malware attacks, and high-profile breaches increasing regularly, security concerns are rising across the globe. While you can take a few steps to protect your data, AD can help in defending enterprises from such attacks.

What are the risks of file sharing outside your enterprise environment, and how can you overcome them?

There are several security risks that your company may face by using third-party cloud storage services. Some of these are:

Dropbox, Google Drive, and OneDrive have become popular in the last few years. However, enterprises that rely on them potentially lose control of their sensitive data. Using such services for file storage results in data ending up being stored outside your company’s firewalls.  As a result, you, as a business, do not have control over your own data.

The cloud inherently is a multi-user environment with resources being shared by a multitude of users. With the usage of a third-party file storage service, your company’s sensitive data could be leaked due to hacks or malicious attacks.

Today, enterprises permit their employees to use their own devices for work-related activities. Such a Bring Your Own Device (BYOD) policy allows employees flexibility and saves their employers from investing in IT equipment. However, a BYOD policy has potential security risks if it is not appropriately managed. Lost, stolen, or misused devices can expose an enterprise’s sensitive data to a malicious third party. He, in turn, can get access to the company’s network to steal essential data.

To get around such security risks, an enterprise will benefit by using AD in conjunction with a Group File Sharing solution such as Gladinet’s CentreStack.

Interesting related article: “What is Cybersecurity?“