Is Ethereum a better long-term investment than other cryptocurrencies?

Bitcoin has dominated the crypto market for an extended period, but it looks like its reign may be coming to an end now that Ethereum is about to complete the Merge. Over the last few months, Bitcoin has struggled to overcome the resistance zone and move above its current price, but it failed to register a decent increase. Ethereum and other altcoins have attempted an upside break during the same period and gained resistance. Ethereum is the most popular altcoin and has greater utility than many other cryptocurrencies, so investors and enthusiasts put their trust in it when building portfolios. Ether (Ethereum’s native token) has registered a steady increase in value since it was launched in 2015. When Vitalik Buterin first introduced it on the market, it had a $0.311 value, but it rapidly grew over the years and gained plenty of volatility. Ether offers a 700.000% return on investment at the moment because it has experienced heightened volatility due to worldwide events and a shaky stock market. While it hit some highs and lows over the last few months, experts believe that the massive software upgrade from September 2022 will make its price soar in the following months.

What differentiates Ethereum from the other digital currencies is its utility as a software network that facilitates app development, NFTs creation, and digital tool management. The Ethereum network has countless applications and uses in the tech sector, especially for decentralised finance, entertainment, music, and gaming. Its differentiating features make it one of the most popular cryptocurrencies among investors. According to its annualised rate, Ether’s ROI is around 300%, which means that investors can quadruple their investment. And let’s not forget that cryptocurrency prices are quite volatile, so ether’s price could climb overnight.

The general consensus believes that ETH’s price could increase after the Merge, even if the market registered a downturn over the last few months. 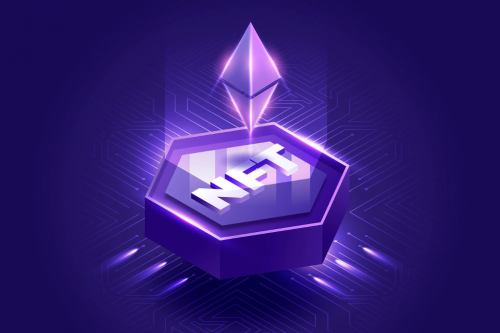 What affects the Ethereum price

Investors should understand the changes in Ethereum’s value before adding it to their portfolios. Ethereum is an open-source blockchain that enables smart contract development. Vitalik Buterin created Ethereum because crypto users were dissatisfied with Bitcoin’s limited utility. Even if altcoins are as volatile as all other cryptocurrencies, many specialists think ether is one of the most flexible and stablecoins because it makes solid use of blockchain technology. Ethereum uses its revolutionary blockchain technology to create a software platform that facilitates the creation of decentralised applications that require no third-party involvement. Since its launch, this altcoin has had ambitious plans to decentralise business operations and currency trading. Ether is used to buy decentralised apps that run on the Ethereum network and incentives miners to run the Ethereum protocol on their devices. From this point of view, Ethereum and Bitcoin have similar reward systems.

Ethereum’s price depends on the demand and supply of the markets. A series of factors impact its evolution and value, so let’s discuss them in detail.

No one can deny that even in the present market conditions, Bitcoin still has the greatest influence over the value of other digital coins. When its price increases, the other cryptocurrencies’ value also increases proportionally. And the reverse happens when its price drops. However, Ethereum’s price is also influenced by the coin that dominates the market and considering that Bitcoin has been the number one digital coin according to market capitalisation, it directly impacts Ethereum’s evolution. We should also mention that in July 2021, Ethereum dominated Bitcoin for the first time in history, and if the trend continues in 2022, Ethereum’s price could increase.

A series of assets are available on the cryptocurrency market for different investor segments. Legacy digital coins like Ethereum and Bitcoin are ideal for long-term investment because they carry lower risk than newer tokens. Those wondering how to buy Ethereum to add to their portfolios should know that it’s available on trading platforms where they can compare its price to newer cryptocurrencies and decide which investment they find more profitable for their portfolios.

Starting with 2021, Ethereum has engaged in a network change process. Ethereum always promoted the fact that it has an unlimited supply of coins, but this might change. The Ethereum London Hard Fork will cut down the fees it charges from crypto users, which may impact the available supply of Ethereum. The process can trigger deflationary pressure on ETH, increasing ETH’s price over time because the maximum supply will become limited.

Any improvement to the Ethereum platform will reflect its added value. Lately, the platform has experienced various extensive upgrades that have maintained the cryptocurrency’s value high. The upgrades are split into four stages: Frontier, Homestead, Metropolis, and Serenity. Serenity is the following upgrade planned for the Ethereum platform and aims to improve its scalability, speed, and efficiency.

The Merge will also impact the blockchain’s functionality because it enables the network to solve bottlenecks and increase the number of transactions. The Merge is defined as the much-promised moment when Ethereum will switch to a proof-of-stake consensus mechanism which enables it to run on superior technology.

Non-fungible tokens also affect Ethereum’s tokens because they’re a form of cryptocurrency that contain assets instead of holding money. Each non-fungible object has a distinct value, which adds value to the Ethereum blockchain that hosts NFTs. Any increase in the number of NFT trades causes a spike in Ethereum’s value as the two markets are closely related.

The European Investment Bank revealed that it plans to offer a two-year digital bond on the Ethereum blockchain starting in April 2021, which led to a new price record for the currency. In addition, in March 2021, Visa announced that people can now transact USD Coin through the Ethereum blockchain. Over the last two years, several companies announced their investment in Ethereum, and every new supporter spiked an increase in the coin’s price.

Whatever happens in the future, Ethereum will most likely register improved functionality and demand.

Interesting Related Article: “How NFTs Will Change the Future of Business“