Is it Time to Start Contemplating Business Ideas for the Metaverse? 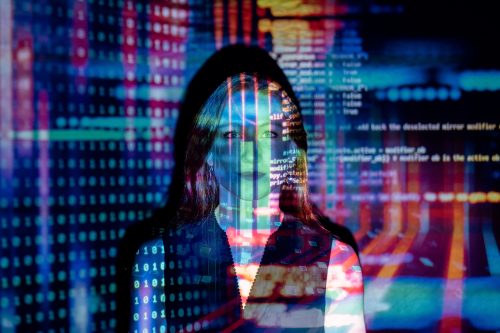 The internet has opened a world of opportunities and changed the way we live, but it almost feels outdated now, as if the time has come for something even bigger. When Mark Zuckerberg announced his plans for the shared virtual reality space known as the metaverse, it felt like the logical next step. It may be a while before this vision turns mainstream, but business-minded people can already begin thinking about how to find success in its early stages.

Let’s examine how three of the biggest industries of the internet age could be moved into the metaverse.

When thinking of the greatest successes of the internet era, nothing comes close to eCommerce. Jeff Bezos and Jack Ma became two of the richest people in the world by getting into online shopping at an early stage, and their ventures with Amazon and Alibaba respectively inspired many others to join the industry. It’s now worth more than $4.28 trillion globally.

There’s no doubt that eCommerce will play a massive role in the metaverse, but it may look a lot different to how it does today. Instead of scrolling through online catalogues, shoppers are more likely to explore virtual stores and see the items represented in digital form in front of them. Anyone interested in this type of venture would be wise to establish an eCommerce site now and then investigate ways in which to adapt it for the metaverse.

In terms of online entertainment, iGaming has ruled the roost for the last decade and the sector is worth around $300 billion in 2021. There’s no doubt that this form of playing will move to a virtual reality setting when the metaverse comes about, and there is a vast amount of potential for it.

Sites in the online gambling industry are traditionally adaptive to changes, and always evolve alongside emerging technology.

The pages are designed in such a way that they allow operators to quickly jump on new trends and incorporate them into a site’s existing features. The metaverse could lead to a rise in virtual casino experiences that allow players to move around and visit different games.

For anyone interested in following this path, building an iGaming site is now simpler than ever. Most major companies now use iGaming platforms that have preconstructed features such as an intuitive CMS, modules that can be customised and powerful analytics tools. These platforms provide strong templates to be built upon. They are fully customisable and are designed for growth and scale.

Over the last five years, entertainment streaming services have risen to the fore. Now, Netflix is accompanied by various other options like Amazon, Hulu, and HBO Max. There are also gaming subscription services gaining traction, including Google Stadia and Xbox Game Pass. In the metaverse, these platforms are likely to continue but could allow for more communal experiences. A business idea could be to offer a VR environment in which people can view films and play games alongside one another.

A lot of things need to fall into place for the metaverse to take off, and VR headsets will need to enter the mainstream. It could be flourishing within a decade, though, and businesspeople who jump in first will benefit.

Interesting Related Article: “What is the Metaverse? Definition and examples“