Is Keto Diet Good for Health?

The ketogenic diet, keto diet, or whatever you want to call it, is not exactly new. Not at all. And although its use had other therapeutic origins other than weight loss, in recent years it has been considered on several occasions as a weight-loss strategy. 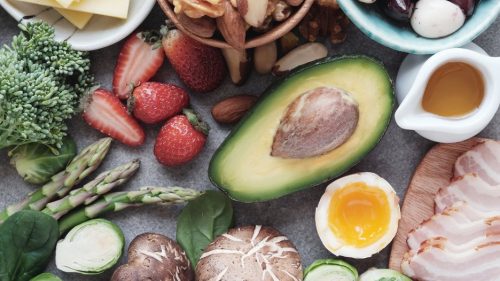 Here we continue, almost 50 years later, still wondering if the keto diet works or not to lose weight. You can imagine the generic answer: it is possible that for a certain profile of people with an X metabolism and a Y mentality, this diet is well adapted to their circumstances and “works” for them.

But generally speaking, this is not the solution to the obesity problem we have in the world. If it were, half a century ago we would not have any problem, and therefore you would not be reading these lines now. Some tourists often argue that the diet proposed by Atkins to lose weight more than ketogenic was hyper protein, which is still further proof of the scarce, if not null, unanimity that there is on dietary issues not even within oneself current (whether the Atkins diet was ketogenic or not should be beyond doubt, since he himself defined his slimming proposal as ketogenic in his work, and has also been endorsed by different scientific publications).

What, Simply Put, is a ‘Ketogenic’ Diet?

If we look at the origin of the expression – keto-gene diet – it is the way of eating that favors our metabolism to generate ketone bodies. Thus, when a certain amount of this class of compounds is circulating in the blood, the body is said to have entered ketosis.

What are Ketone Bodies?

They are a series of substances that, as fuel, are generated in our cells – mainly those of the liver and also those of the kidneys – in very specific situations. In English, they are called ketone bodies and hence the keto diet and the current ketone fever.

They are mentioned in the plural, but do these ketone bodies have a specific name?

Yes, the ketone bodies that we refer to in this context are mainly three: Acetoacetic acid, beta-hydroxybutyric acid, and, to a lesser extent, acetone.

No, and yes. By definition, no, since the fact of “entering ketosis” is a completely natural process – in the circumstances already mentioned – that is set in motion to safeguard a greater and irreparable evil such as dying by not being able to continue encouraging the lifetime. However, entering ketosis is not without risk as long as ketosis is the gateway to ketoacidosis.

What is Ketoacidosis, is it Serious?

It is the decrease in blood pH due to the high concentration of ketone bodies in it (which, obviously, have an acid character). Normal blood pH is limited to very narrow margins, outside of which —both above and below— important biological functions are altered, the most visible and striking, oxygen transport. Beyond these pH limits, and also depending on how long it remains, life is seriously compromised.

This situation is serious for everyone and is especially dangerous in some people, such as in patients with type 1 diabetes and kidney patients among others. It must be recognized that, although they are not frequent, situations of ketoacidosis have also been reported in the case of people who have followed a strict low-carbohydrate diet, such as this case or this other.

Now it’s time to answer the Galician, with another question: is it easy to make a shot from the line of three on a basketball court? It will depend on the training and motivation of each one. It must be agreed that, for the general population, the answer to both questions is usually the same: no.

It is not easy to follow these kinds of diets because it is not easy to follow them long enough: in this study, the low adherence to this kind of diet was contrasted among a population of cancer patients. And diets that are not adherent are the least successful in achieving their goals. We are quite clear that regardless of the name it has and whatever its characteristics, the diet that works best to lose weight is the one that keeps its users practicing it for longer. Keto-enthusiasts often argue that it is not only easy to follow but especially enjoyable. If they were right, populationally speaking, it is something that should make us return to the previous argument: then obesity would have long since ceased to be a problem.

Does it Work to Lose Weight?

There seems to be little doubt that ketogenic diets are effective for weight loss in the very short term. But in the medium and long term, they have not proven to be better than other eating patterns with a totally different dietary profile. That is, it happens the same as the rest of weight-loss diets: they always seem to work initially … but then not. This is what “going on a diet” has – removable and put on – while also taking weight as the variable to control, compared to assuming continuous changes in our lifestyles (and regardless of weight).

Let us remember that above all questions of aesthetics and sizing, the issue of overweight and obesity is, at least from the perspective of a server, a matter of public health. And as Julio Basulto would ask rhetorically, is there anyone interested in learning to drive in the short term and then not knowing how to drive again? That’s the thing with these kinds of fad diets – they haven’t been shown to work better than any other in the long run.