The 2020 Kentucky Derby is finally underway with the Belmont Stakes settling last June 20. The iconic Derby is scheduled to take place on September 5, 2020, at Churchill Downs. It will take the middle jewel of the U.S. Triple Crown this time, which will feature at least twenty-three-year-old thoroughbred horses competing in the dirt track. 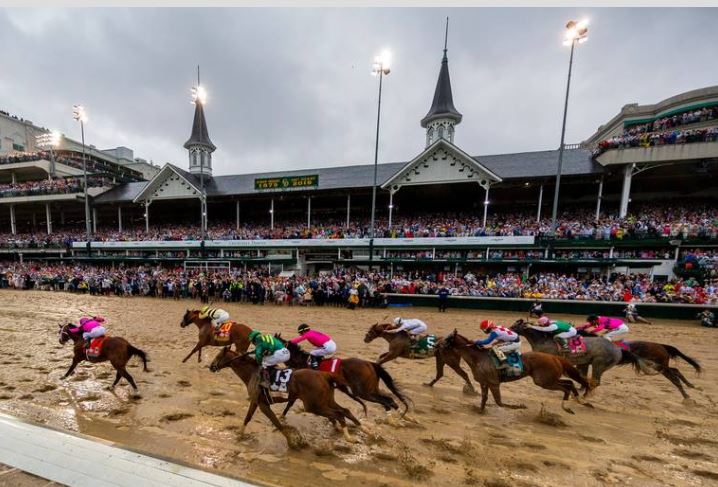 After winning the Belmont Stakes, Tiz The Law will joust in the coming Derby to take one step closer to the Triple Crown. Aside from that, other Belmont Stakes finishers will participate to prove their worth one more time. The Derby holds a $3 million purse prize this year, which makes the competition more thrilling for both the participants and fans.

As you get excited to bet the Kentucky Derby, let’s get to know the ten successful Belmont Stakes placers who will vie for the Kentucky Derby in the next two months. Make sure to be guided with these racehorses to pick the best entry to wager.

Taking the most impressive odds value since the first quarter of the year, Tiz The Law maintained his composure, which led him to clinch the first jewel of the U.S. Triple Crown Series. He garnered $535,000, making Barclay Tagg and Manuel Franco take their first Triple Crown achievement.

Todd Pletcher’s Dr Post placed three ¾ lengths behind Tiz The Law, which earned him second place. He was able to gather a total of $185,000 winnings after competing in the Belmont Stakes. Pletcher will send him to the Kentucky Derby in September, hoping to clinch the title. Dr Post will hustle in the Run For The Roses with Irad Ortiz Jr. as his jockey.

Finishing around five ¼ length margin, Linda Rice’s Max Player surges in the Belmont Stakes, taking third place. He will participate in the Kentucky Derby, and just like the racehorses mentioned above, he will grapple for the said title. Max Player won a total of $100,000 after contending at the Belmont Stakes.

Pneumatic is another Kentucky Derby hopeful that placed impressively in the Belmont Stakes. He was one of the underdogs and was not expected to land on any place at all. However, this Steves Asmussen entry hustled hard in the longest-running dirt track, landing in fourth place and earning a total winning of $65,000.

Tap It To Win

Tap It To Win was also considered an underdog for the Belmont Stakes. However, he managed to rise on top. He ended in fifth place and will head on to the Derby. He is an entry by Mark Casse and John Velazquez, who won a total of $40,000 in the Belmont Stakes.

Patrick Biancone’s Sole Volante was one of the Belmont Stakes’ early favorites but ended up struggling in the race. It is the reason why he ended in 6th place and earned around $30,000. Although his trainer is a bit disappointed with his placement, Sole Volante will participate in the upcoming Kentucky Derby to justify his racing skills.

Together with Sole Volante, Modernist was also an early favorite for the Triple Crown Series, yet ended seven places behind. He was able to complete at least 20 ½ length margin, leading him to get the 7th spot. Moreover, he got a total earning of $25,000 and hoped to add more when he wrestles in the upcoming Kentucky Derby.

Todd Pletcher’s Farmington Road settles at the 8th place in the recently concluded Belmont Stakes. He was also one of the early favorites who failed to showcase a consistent speed during the Run For The Carnations. He earned around $20,000 and will directly work out to compete in the Derby with Javier Castellano as his jockey.

Finishing in the 9th place during the Belmont Stakes, Fore Left is also heading to the Kentucky Derby. He will battle it out with the other racehorses to vie for his first Triple Crown achievement. Fore Left was a multi-graded stakes winner, including a title he gained in the UAE Two Thousand Guineas last February.

Completing the list for the Kentucky hopefuls this September is Jungle Runner. He was trained by Steve Asmussen and placed 10th in the Belmont Stakes. Although he finished in last place, Jungle Runner will try to bounce back and will try to snag a victory in the upcoming Run For The Roses.

The Kentucky Derby will surely become more intense as this year’s middle segment of the Triple Crown Series. Because of the racehorses that won the Belmont Stakes Challenge, fans will see an action-packed rematch of these horses vying for the win. Hence, keep yourself updated with the odds value of the ten horses mentioned above as they take on another shot in this prestigious racing event.