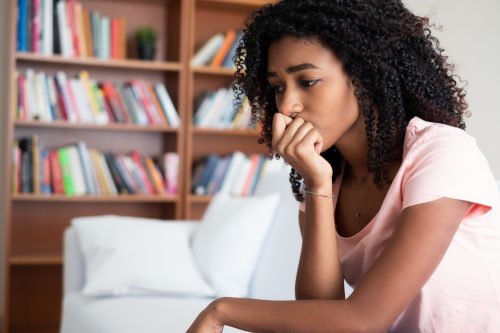 While you might think of depression as one of those “modern” problems, the truth is that depression has been with us for a very, very long time. It’s just that we’ve only recently started talking about it openly.

The first medical treatment for depression originated in the early 1950s, when experimental tuberculosis medications were found to have a positive effect on the behavioral and mood issues of patients. A few years later, the first tricyclic antidepressants were introduced and came into common use, and the following decades would see the development of MAOIs and SSRIs, which proved even more useful.

Still, the myriad depression medications of the 20th century all share a tendency for unwanted, unpleasant side effects, as well as one important functional flaw: they all take a long time to produce results. These drugs must accumulate in the body over time before they show any noticeable effect.

On top of that, the tricyclic, MAOI, and SSRI classes of antidepressants don’t always work. As depression has entered mainstream discussion, the existence of aggressive, treatment-resistant depression has been widely acknowledged. It is now the focus of the psychiatric community’s depression-fighting efforts.

Fortunately, more open discussion of depression has led to experimentation and advancements in the field of depression treatment. The best such treatment?

Ketamine has been used for over sixty years as an anesthetic both in pediatric and veterinary medicine, but even in its early history it was recognized as having a constructive effect on the mental state of patients. Ketamine has been shown to have not only a powerful antidepressant effect, but a fast-acting one as well. Patients who undergo supervised ketamine therapy report positive results almost immediately, and after just a few sessions, total remission of depression symptoms is not uncommon. Those patients who have undergone courses of classic antidepressants and whose depression has resisted those drugs often find relief from ketamine therapy.

Ketamine therapy is conducted one of two ways. The most popular and recommended method uses intravenous delivery of the drug. Patients are seated comfortably, or allowed to lay down, and a ketamine solution is injected in carefully measured intervals so as to induce a trance-like state. This is done under the supervision of trained professionals with medical and/or neuroscientific backgrounds, called technicians.

The second method is nearly identical, with the same care and attention given by professional technicians, but using nasally delivered esketamine instead. Nasal esketamine spray is less intrusive than injected ketamine, perfect for those averse to needles.

Both methods of ketamine therapy have become a common and successful depression treatment. If you suffer from persistent depression, or you know someone who does, the good news is that there’s never been a better time to seek treatment.

Interesting Related Article: “What Does Depression Do to Your Mind and Body & The Information to Start From“