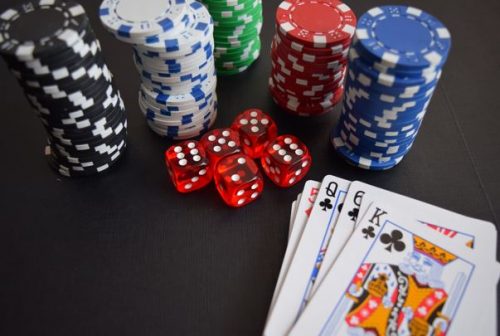 The United Kingdom is one of the most welcoming markets to online gambling in the world, with the United Kingdom Gambling Commission regulating hundreds of gambling websites at any given time. Yet despite that, the situation has always been like that.

Prior to the 21st century, gambling laws in the United Kingdom were pretty restrictive, with bingo halls only allowing registered members and casinos only being allowed a set number of slot machines per establishment. The end of the 20th century saw gambling establishments offered more leeway but it wasn’t until the Gambling Act of 2005 that saw the gambling industry flourish. Not only did it allow for the construction of large casino establishments but it also legalized the operation of online casinos and other forms of gambling websites. Of course, all of this is done under the direct supervision of the United Kingdom Gambling Commission, the regulatory authority for gambling operations in the UK.

The United Kingdom Gambling Commission was created with the adoption of the Gambling Act of 2005 and it is an independent institution of the government. Its primary goal is the regulation of commercial gambling within the country, including online casinos, sports books, bingo, poker and any other forms of gambling. The UKGC has to verify that gambling operations are completely legitimate and that their business is not related to any crime, such as money laundering.

Licensing and Role in the Market

According to experts from www.casinoguardian.co.uk/uk-online-casinos, to operate within the jurisdiction of the United Kingdom, a company would need to acquire a license issued by the UKGC. This license is non-negotiable and an operator cannot legally offer their services without it. To receive certification from the Commission a company would need to prove that it can offer safe and fair gambling. In the case of online casinos, this means heavily testing their RNG (random number generation) systems to ensure that the outcomes of games are the result of chance, as they would be in their physical form. Furthermore, gambling operators need to show that they are capable of safely storing customers’ information since it is required that a user submit their ID and sometimes, banking data.

Licensing is required not only of local companies but also of international operations who wish to offer their services to the British general public.

Unlike other regulatory authorities in Europe, the UKGC does not personally handle disputes between players and casinos. Instead, this task is delegated to authorized third-party organizations that do it for them. Sometimes the Commission might intervene in situations where an operator has clearly violated regulations, as in the case of 32Red in mid-2018, where the casino was fined £2 million for allowing self-excluded users to continue playing. Indeed, casinos regulated by the UKGC are obligated to provide self-exclusion methods to problem gamblers and to investigate possible cases of addiction.

Overall, the United Kingdom Gambling Commission holds a tight grip on the UK gambling market and has so far, done a good job of keeping it legitimate and respectable. Additionally, the UKGC is also keeping tabs on the present-day developments of the industry and has announced their considerations on a number of topics, such as banning credit cards at gambling websites and joining the collaborative effort to restrict the sale of loot boxes in video games.

With the UKGC at the forefront of the gambling industry, it has become a respected institution in the eyes of many gamblers all over the world. This institution has had a good track record where regulating gambling operations is concerned and the UKGC license has turned into a global certificate of trust.