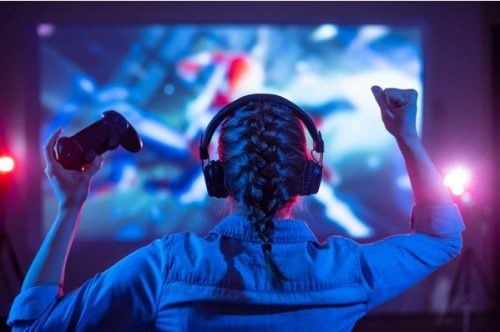 Humans never anticipated how significantly digital gaming would evolve in the 21st century, even though video games were developed in the early 1980s.

In February 2018, the first ever e-sports event took place in the winter Olympics due to which the number of players in the digital gaming sector increased.

Video games are not considered a pastime anymore. Players are earning substantial amounts of money by playing digital games and participating in e-sports tournaments. Moreover, companies developing digital or mobile games are also generating billions of dollars annually due to the increasing number of players in digital gaming.

The gaming sector is evolving at a massive pace and maintaining its position as one of the most lucrative sectors. Both technically and commercially, the gaming sector has exceeded every benchmark.

The number of players preferring first-person gaming experience in digital or mobile games has increased.

Some of the common AR and VR gaming devices used by the players are hand controllers and headsets. These devices help the players in getting real-life and better gaming experiences.

Another rising trend that is expected to determine the growth of the gaming sector in 2022 is cross-platform gaming. Creating games that are suitable to play using multiple consoles and systems was a challenge in the past.

The key reasons why games were limited to specific platforms and could not be played on multiple platforms were the high costs of developing games and the absence of technology. However, in 2022, game developers are experimenting more with game regulations to make cross-platform gaming a reality

Cloud gaming has been one of the most promising developments in the gaming sector. Cloud gaming technology allows players to enjoy various games without downloading the game software or installing frequent updates on the system or any device.

By making quality games available through the internet browser, cloud gaming technology has solved a problem that once affected millions of players, i.e., the requirement for large storage space in the players’ devices

Players only require a fast internet connection to access any of the games available online. Moreover, cloud gaming technology has attracted various leading companies, such as Google and Microsoft, to the gaming sector.

The improving accessibility and speed of the internet are some of the key factors resulting in the massive growth of the mobile gaming market.

Players are enjoying video games with game characters that emulate their appearance, which has been made possible by technologies such as face recognition and 3D scanning. These changes have been introduced to the gaming sector to make games more engaging for the players.

Face recognition technology has promising potential in the gaming sector, and various companies such as Intel are beginning to take note of this.

Intel is offering developers its high-tech RealSense 3D Camera that scans 78 different points to read players’ emotions from their faces.

With all the most promising outcomes in face recognition, the gaming sector is entering a new phase. For instance, a company named Tencent is utilizing face recognition to determine the amount of time young people spend playing games in China.