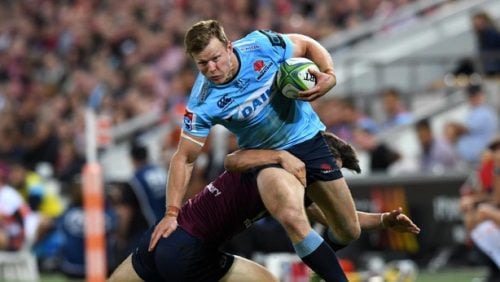 A wide variety of innovative laws in place last year will continue to be used, including replacements for players who’ve been sent off after 20 minutes, goal-line drop-out, and rewards for 22/50 and 50/22 kicks.

It includes a mandatory 30 second time limit off restarts after a penalty, conversion, or drop goal and restarts that players kick out on the full or if the kicker’s teammates are not behind the ball.

The opponents that were set to get the ball will win a tap from halfway. This rule has been put in place to speed up regular gameplay and get rid of unnecessary scrums.

The rugby association has also tweaked a rule put in place last in the upcoming season. When teams draw, the golden try will decide the game in extra time. The first try a team scores in the 10-minute additional period (2×5 minute halves) will win the game for the club.

If both teams fail to score a try in Super Time, the game remains a draw. Teams cannot take drop goals or penalties in Super Time. The tweak is to encourage players to play the attacking game in the extra period.

Game officials have been told to guard the breakdown, including ruck speed. It’s where athletes must engage the ball within 5 seconds of it coming into play. Refs are also asked to try and limit the times of scrum resets and are urged to penalize repeated and cynical infringements for enhancing the speed of play. Players and coaches should also remember their responsibilities to ensure that law variations are implemented wall.

These law variations were created and agreed upon by referee coaches, players, and Super Rugby and Wallabies officials after being submitted by Scott Johnson, the director of rugby Australia.

World Rugby received the proposal of the agreed variations, and it endorsed them. The domestic broadcasters have also received the brief.

According to Scott Johnson, he would like to thank all the parties involved in the process because the law variations can improve player’s capabilities and the entertainment value of the rugby game. He added that they had robust, terrific discussions, and several unique ideas came up. He believes that they’ve maintained a good balance in keeping the competition’s integrity.

The involved parties agreed to the variations unanimously, and they are all dedicated to following them. Referees will try speeding up the game by reducing scrum resets, and there will be a more significant ball advantage to the attacking team when there is a ruck.