What are the Leading Blockchain Technology Trends in 2018? 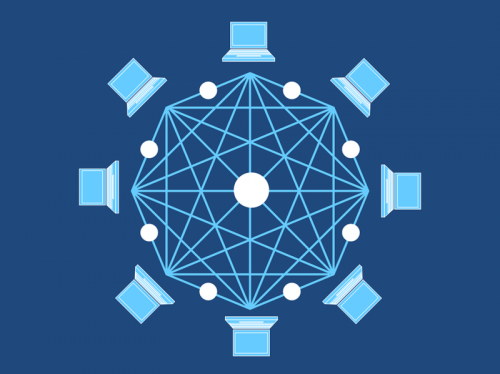 In the last few years, blockchain technology has been best-known as the foundation of the world’s most successful cryptocurrencies, including Bitcoin and Ethereum. However, more recently, blockchain has become an industry in its own right, stepping out of cryptocurrency’s shadows and providing blockchain-based solutions across a host of industries. It could be argued that blockchain is driving the next industrial revolution forward, as we enter an age of decentralization.

As experts across a range of industries discover new applications for blockchain, what are the blockchain trends worth paying attention to in 2018 and beyond?

A fast track for the Internet of Things

The Internet of Things (IoT) is nothing new. It has been on the lips of people worldwide and gives us the ability to connect our lives to devices that can enhance everyday tasks. Whether it’s wearable devices, home hubs, or other internet-connected gadgets, these devices will require infrastructure or a system that knits user data together. A decentralized system such as a blockchain could be the ideal solution, providing IoT manufacturers can combine to agree on the specifications of an IoT blockchain. While there is still a need for antivirus software today to guard against the infiltration of viruses and malware, some experts believe that blockchain could eradicate the need for antivirus software to protect IoT devices forever.

Smart contracts are arguably the most interesting development of blockchain technology, with the potential to circumvent third-party interventions and create watertight agreements that must be honored when all conditions of a smart contract are met. This has the potential to transform industries where assets change hands between one another, be it finance, property, or the law. Smart contracts are submitted in real-time and can be signed and verified equally as fast, helping to revolutionize efficiencies in the most transparent way possible.

As blockchain technology is interspersed into a broad spectrum of industries, there’s no doubt blockchain will attract the attention of lawmakers and industry regulators. There may be ways for blockchain to be used to regulate online services such as content sharing and the iGaming sector, ensuring viewers are subjected to the content they are legally allowed. Some even suggest that governments could become interested in implementing blockchain technology to oversee tax systems, decentralizing the process of recouping tax revenues from employees and businesses alike.

Transformation of the recruitment industry

The recruitment industry has been particularly interested in the way blockchain can verify information in real-time and combat fraud. Recruiters around the world have archives of jobseeker records that they may use to monitor professionals throughout their careers. These records could be stored on the blockchain to create a tamper-proof digital archive. Furthermore, the recruiters could even use the blockchain to develop an infrastructure that makes it easier to pinpoint suitable roles for people.

Some people believe that the advent of blockchain technology in 2018 is akin to the arrival of the World Wide Web in the early 1990s. It was hard to predict its future then, and it’s too early to say for certain where blockchain can go today. However, as growing numbers of positive use cases are developed, one thing’s for certain – blockchain has a place in 21st-century society.

Interesting Related Article: “The IoT Security Industry: What Does It Involve?“