What is Leverage in Financial Trading and How to Use It to Your Advantage? 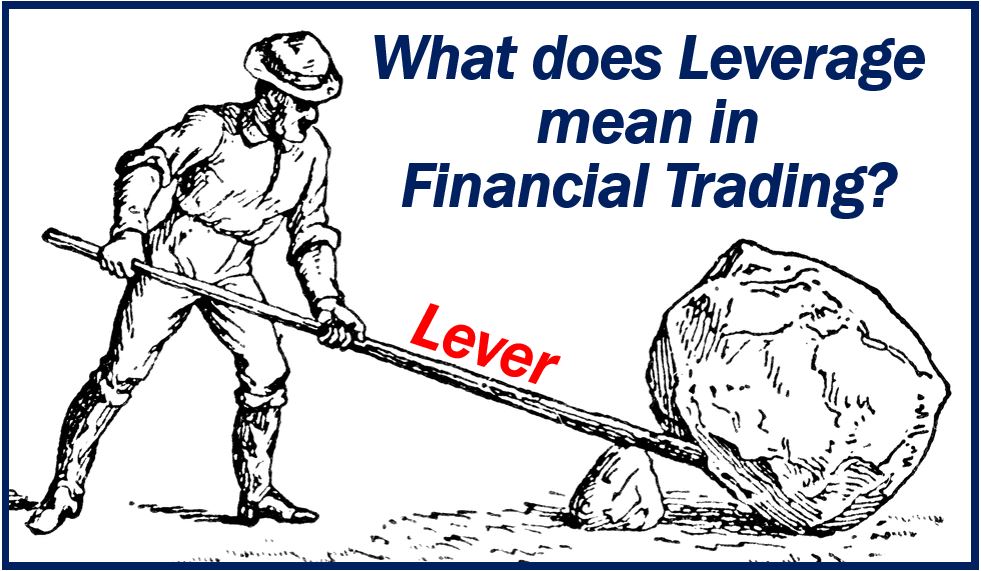 Ask people to name the most useful machine ever developed by humans and they’ll probably say the computer, or the internal combustion engine. There’s an argument to be made for both of these fantastic inventions, of course, but one thing they have in common is the fact that they only became possible after the invention of literally hundreds of other machines, tools and processes, from the wheel to electricity.

If you’re looking for the most basic useful machine ever, and one which made a huge raft of progress possible – from the building of basic shelter to the construction of something as iconic as Stonehenge – then the answer to the question is almost certainly ‘the lever’. Think of trying to lift or raise a heavy stone with your hands and finding yourself unable to. You pick up the nearest branch and a small stone to act as a fulcrum. You balance the branch across the small stone, insert one end under the heavy rock and push down on the other end. Suddenly, the brute force which wasn’t enough to lift the rock on its own is sufficient, when transferred via the lever, to raise it off the ground.

You might be wondering what this very basic science (and history) lesson has got to do with forex trading, but the fact of the matter is that, at a very basic level, ‘leverage’ when trading in currencies has a similar effect to that branch when you wedge it under the edge of the heavy rock – it amplifies the size of your investment. In simple terms, leverage means that a large percentage of the money tied up in any trade in fact comes in the form of a loan from the broker, with the trader only being expected to put forward a relatively small amount. This is one of the things which attracts so many people to forex trading – the amount they are ‘playing’ with, and the potential returns, are much higher without them having to put up a correspondingly high initial investment.

Leverage allows a trader to make an initial investment of a certain amount and then see that amount multiplied many times over in terms of the market exposure it can buy. For example, if a broker is offering leverage of 10:1 and a trader deposits £1000 they will be able to enter a position for £10,000 worth of a given currency. The appeal of this kind of scenario pretty much speaks for itself, but it should always be remembered that any losses made on a position will be magnified to the same degree as the profits. If a position goes particularly wrong, then there’s even the possibility that a trader could end up losing more than the amount they initially deposited.

The amount of leverage offered by brokers will vary from broker to broker, and the amount which they are legally able to offer is set in different jurisdictions by the relevant regulatory bodies. In all cases the ‘margin’ will be the amount of money from a traders account that a broker will use to control a set amount of currency. If, for example, a broker is offering leverage of 100:1 and you want to control a position worth £100,000 then the broker will require a margin (usefully thought of as a deposit) of £1,000. The way it works is that the margins taken by the broker will be pooled and used to fund trades and positions, and the individual margin required by a broker will usually be given as a percentage of the full cost of the position taken. If the margin required is 2%, then a broker is offering leverage of 50:1 (2% of £10,000 is £200, meaning a £200 deposit can fund a £10,000 position.) By looking at the margin requirement of a broker you can calculate the amount you’ll need to deposit in order to open a particular position:

It should always be remembered that the money a trader uses to maintain their position – the amount leveraged up over and above the margin – is, in effect, a loan from the broker and, as such it will be subject to interest. The interest rate charged will usually be the general market rate, and interest will only be charged over the period when a position is open. It’s worth checking carefully what interest rates a broker charges, however, since a small difference could quickly build up to larger charges when applied to a range of positions over the course of a year.

Cleary, a return of £100 on an investment of just £250 is highly appealing, but if the position moves in the other direction then the figures are equally striking but far less attractive. A negative shift of 5%, for example, would see the whole of the original £250 deposit wiped out.

The key to using leverage effectively is for a trader to make sure that they never risk more than they can afford to lose. One way of making sure that this is the case is by setting a stop loss. This means that a position closes automatically if the value of it shifts too far in a negative direction. It provides insurance against sudden shifts in the market leading to margins being completely wiped out. Another useful tip, particularly for traders who aren’t hugely experienced with using leverage, is to stick to the lower amounts of leverage such as 20:1 or 30:1. Whether or not a stop loss is in place, the use of margins – particularly higher margins – brings with it the responsibility of keeping a very careful watch on the markets in question. Take your eye off a position for just a few hours and you might find things moving in a direction which damages your overall position.

The liquidity and 24 hour nature of the forex markets helps to make them hugely appealing. Add leverage to this mix and you have an investment opportunity that many traders find hard to resist. It’s imperative, however, to sit down before trading and carefully calculate how much you can afford to risk, as a total and as a percentage of your wider investment funds. Leverage can be a hugely powerful tool but, just like an actual lever, it can lead to that big rock landing on your toes. In the case of forex trading, the big rock is your trader making a margin call, deciding that the margin doesn’t cover the losses made and liquidating your positions.

Video – What is a Trader?

This video explains in simple English what a trader is.