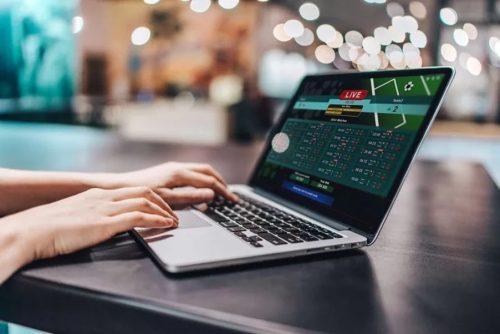 Major losses happen in every bettor’s life. These are very unpleasant and demoralizing events, but one should always remember that life is never standing still, so a black streak will always be followed by a white one. However, if a player is constantly haunted by a string of losses, you should follow some of the recommendations that Telecomasia.net  prepared for you in this article.

A successful professional in his field, John Basquill, in one of his books, described the theory that the first fifteen minutes that overtake a player after a loss are considered the most dangerous. This is primarily due to human physiology. After a failure, the heart rate rises, a frantic dose of adrenaline is thrown into the blood, a feeling of anger and resentment appears. It is then that there is a very strong desire to win back. Undoubtedly, this is a completely understandable reaction to failure, because we are all human.

Of course, the competent policy, in this case, is to follow the principle “not to bet every day”. It would be much more correct to take a walk in the fresh air, to analyze expenses, as well as to count the profit of the last bets, to rest your thoughts, and already in a couple of days calmly make a small bet, in which there is maximum confidence. It is in such pauses that one can objectively analyze his actions.

Today, Patrick Veitch is considered one of the most successful bettors, who wins significant amounts of money in horse races. The secret of his success lies in the fact that he changes his strategies depending on a particular situation. Of course, people who bet on sports have little choice, but it is always important to clearly understand how and at what time to bet.

In general, it should be said that the rule “when and at what time to bet” is Veitch’s strategy. He deeply analyzes all the latest races, decides which horse to choose, and bets on it, while not ignoring the seemingly obvious underdogs. Thus, the bettor minimizes the risks.

Note that he began to use this method after a long streak of failures. Undoubtedly, for highly professional bettors, stagnation in strategies is considered a rather dangerous phenomenon. Without making substitutions or not subjecting them to at least some kind of adjustment, the player sooner or later suffers a fiasco.

Reducing the amount and setting the limit

Another reason for the rapid drain of the bank is considered to increase the amount of bets in the hope of quickly recovering the lost. However, as practice shows, this tactic is fundamentally wrong. It is much more correct to reduce the amount of the bet until the time when self-confidence and a positive outcome returns.

For example, if the bet is $100, you need to lower it to 25. As bettor Steve Noyce correctly noted, it is better to start initially trying to become a marathon than to immediately lose at the sprint start. Of course, one cannot but agree with this, since large bets are really good only when the confidence in a positive outcome is very high.

When calculating the probabilities, you should be especially careful, since a competent assessment of one or sometimes the outcome is the key to success in sports betting.

Just starting to get acquainted with the world of outcomes and odds, it is better to bet on outcomes that can lead, albeit to a small, but guaranteed profit.

A very scary piece of advice for a bettor who has entered a streak of bad luck is to say, “Enough is enough, give it up!” The losing streak is bound to end, but only if one tries to do something and change the situation. Thoughts of quitting the game visit every bettor. It is up to each player to make that decision or not. Of course, life will not change dramatically, but it will not be the same.