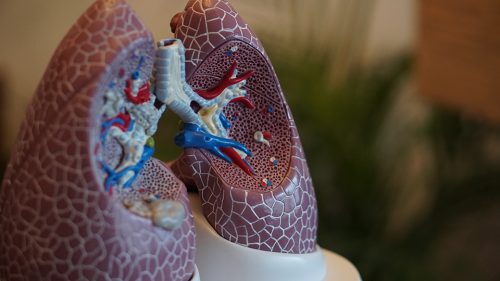 Lung cancer is an incredibly complex condition that impacts a range of bodily functions. Because it impacts the respiratory system as a whole, lung cancer treatments are regularly being tested out and researched. Thanks to consistent lung cancer clinical trials, there is a range of treatments that have been effective in managing cases of lung cancer.

Because it is a highly complex condition that can easily spread to other parts of the body, there are different treatment methods for lung cancer that can be used in combination or on their own. This is a look into the different types of lung cancer treatments, how they are used, and the types of instances where they are the most effective.

Firstly, surgery is typically done when lung cancer is localized to a particular area. Surgeons carefully remove tumors if this is possible, depending on the results of rigorous testing and possibly a biopsy. Patients usually receive a session of radiotherapy or chemotherapy once they have recovered from their surgery in order to reduce the chances of cancer cells regrowing.

This can be administered if the patient is not strong enough to undergo surgery for lung cancer. Radiation is known for destroying cancer cells, and it can be used as a patient’s main form of treatment, or to make symptoms easier to manage.

In more serious cases where there isn’t a clear cure, radiation can be used to slow the spread of cancer cells throughout the body. There are some instances when small amounts of radiation are given to the brain in order to prevent the spread of cancer to that area. Some cases expose the entire body, while others give focused treatment to the affected area.

Another powerful treatment for lung cancer is chemotherapy. This is a highly potent medicine known for killing cancer cells, reducing tumor growth, preventing the spread of these cells, and making symptoms more manageable.

Chemotherapy can be administered on its own, or in addition to radiation therapy. It can also be given to patients following surgery, to prevent cancer cells from returning. Because it is highly potent, chemotherapy is normally given in stages. This involves giving patients chemotherapy for several days, before having a break for their bodies to recover.

Chemotherapy treatment can last between three and six months as a result. There are many side effects of this treatment because of its high potency. Chemotherapy works by destroying some white blood cells in the body, which help fight infection. As a result, patients can experience fatigue, nausea, hair loss, and vomiting during the course of their treatment.

Another therapy that can be used to treat lung cancer, or make the symptoms easier to manage is immunotherapy. This is a combination of different medicines which are administered through an IV tube. Patients receive doses between every two and four weeks, and this can go on for as long as two years.

The focus of immunotherapy is to encourage the body’s immune system to destroy cancer cells, and it can be used in combination with chemotherapy in some cases. Some side effects of this treatment include tiredness, nausea, loss of appetite, shortness of breath, and general joint and muscle pain.

Cryotherapy is the process of freezing certain areas of the body in order to prevent cancer cells from spreading. This is typically administered when a tumor is starting to block the patient’s airway. A cryoprobe is placed against the tumor and generates very cold temperatures. This has been known to shrink the tumor, and gradually make the airway clearer.

A similar approach is used with radiofrequency ablation, radio waves are sent through a needle that has been inserted into the tumor. This generates a high amount of heat, which can start to kill cancer cells and make symptoms of lung cancer easier to manage.

Another treatment for lung cancer that is blocking the airway, or in cases where the patient is unwilling to undergo surgery is photodynamic therapy. This involves injecting the patient with medicine that makes the cancer cells more sensitive to light. Then, a laser is used at the site of cancer, which destroys them.

There are many approaches that can be taken in order to treat lung cancer. However, it is important to recognize that every patient is different. Because of this, each case of lung cancer should be considered carefully before referring someone to a specialist. Doctors must carefully think about the risks and possible side effects every time.

Interesting Related Article: “How Many People Lose Their Lives to Lung Cancer Caused by Smoking Every Year?“