What is Lyme disease?

Lyme disease is a tick-borne illness caused by the bacterium, Borrelia burgdorferi. The disease is transmitted to humans through a bite from an infected tick. So far, Lyme disease is the most common vector-borne disease in the United States. 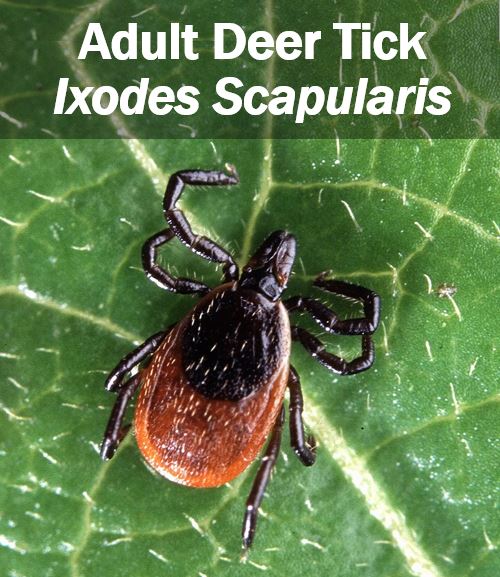 Lyme disease treatment depends on how soon you detect the signs and symptoms, and how quickly you seek the relevant treatment solutions.

How is it transmitted?

The causative bacterium is spread through the bite of infected ticks. Culprit species are the black-legged tick, deer tick, or Ixodes scapularis.

At all its life stages, ticks require blood meals from animals, birds, and even humans. As the infected tick feeds on you, it injects spirochetes into your blood, which contain the bacteria leading to Lyme disease. How soon you develop signs and symptoms depends on the tick’s bacterial virulence.

Can I catch Lyme disease from someone else? Well, in case you were wondering, the short answer is no.

What to look out for: Symptoms and Signs

Lyme disease symptoms present themselves in phases. Infection occurs in three stages; the early localized, early disseminated, and, finally, the late disseminated stage. An overlap of the stages may be observed in some patients. However, note that not all patients go through all three phases.

They are also referred to as the acute phase. Lyme disease infection begins a few hours, sometimes a few days or weeks, after a bite from an infected tick. Usually, at this stage, injection is still localized, it has not yet spread to other parts of the body. Treatment is most effective when administered at this stage as the infection is caught at the start-up phase.

Symptoms that you may observe at this initial stage are:

When the symptoms at the early localized stage are left untreated, the infection gets to the early disseminated stage. Usually occurs weeks or months after the tick bite.  In this phase, the bacteria, Borrelia burgdorferi, is beginning to spread throughout the body. Treatment is still a viable alternative to patients at this stage of infection.

Symptoms have a significant increase in intensity, and include:

You fall into this category when you leave Lyme disease infection go untreated in the first two stages. Ineffective treatment methods may also make you the right candidate in this class. Infection is seen within weeks, months, and even years after the tick bite. By the time you are in this phase, the Lyme bacteria have made rounds throughout the body. The disease is often labeled post-treatment, chronic, or neurological in this phase.

Lyme disease patients in the late disseminated phase commonly develop the symptoms below:

The first signs and symptoms of the disease are usually sufficient reason to visit a medical practitioner. The diagnosis is based on symptoms the patient describes, physical findings like rashes, and a bite-site signifying possible exposure to ticks. Laboratory tests using validated methods are incredibly beneficial when performed correctly.

As with any other infectious disease, getting an early diagnosis is tantamount for a speedy recovery. People who get treated fon the early stages of Lyme disease infection usually get cured wholly and rapidly.

Treatment is through appropriate antibiotics that are administered either orally or intravenously. Commonly prescribed antibiotics for oral treatment include amoxicillin, doxycycline, or cefuroxime alaxetil. For people with an intolerance to the mentioned medication, alternatives like azithromycin and erythromycin may be used (although they have a lower efficacy).

Intravenous treatment is prescribed for patients with certain forms of neurological or cardiac illness. The procedure takes a few weeks for the disease to clear out completely.

The most effective prevention strategy is to reduce one’s exposure to ticks. This is so far the best defense against Lyme disease given by experts such as Livv Natural. Take preventive measures. When going outdoors, know where to anticipate ticks like grassy areas or on animals, treat your clothing and treat with permethrin, and use medically-approved insect repellants that contain picaridin or oil of lemon eucalyptus.

When you return indoors, inspect your clothing, gear, and pet for ticks. Showering and bathing your pet will help wash off unattached ticks and is the best opportunity to do a tick check. Ticks prefer to infest particular regions of the human and animal body. So make sure to double-check in and around the hair and ears, under the arms, inside the belt button, between the legs, and the back of the knees.

It is important to note that Lyme disease shares some symptoms with the novel coronavirus. It is imperative you get tested and diagnosed by a qualified medical practitioner to ascertain if it is Lyme disease or COVID-19.

Interesting related ariticle: “What is Health?“