Make Money and Carry On: Carry Trade In Forex And Its Pros And Cons 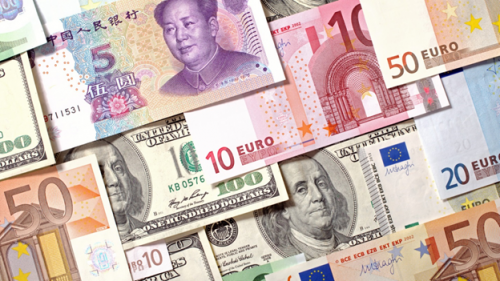 It’s not obligatory to engage in volatile currency trading to make profits. Sometimes, static positions that bring value over months or even years are more lucrative for experienced traders. So what is it all about?

One kind of financial operations that relies on long-term investment is the carry trade. Why carry? Assumingly, ‘carry’ stands for carrying the benefits of one currency in the pair across the border to add to the benefits of other currency in the pair. Yes, in the carry trade, you move your funds across state borders and continents to get the maximum profit.

Principles of the carry trade

This trading operation works on the same premise across all platforms and exchanges. Forex is a primary field to exercise in it. Basically, what you bet on is the interest rate assigned to a particular currency.

You accumulate a certain sum in your currency (the bigger, the better), then you borrow a currency that has low-interest rates for some economic reason, and then you convert it into the currency with high-interest rates and lend it (or invest, under the condition of being paid this interest). In such a way, you perform a three-step action before you can consider your position open: you take currency, convert it, and loan it away for a certain period.

Mind that risks are also high. You cannot predict if the situation with interest rates does not change overnight and if the currency will not depreciate rapidly due to some economic trouble. Besides, to make significant profits, you need to invest significantly first. It is similar to opening a savings account: the higher the percentage and the longer the term, the higher the yield. Yet, primarily it depends on the sum on your account. A couple of thousands that are invested at, say, 10% interest rates, will bring you significantly lower income than dozens of thousands invested on the same conditions.

What makes this kind of trade possible?

You may wonder why interest rates may differ so radically, but it is explained by the current economic situation and monetary policy of the state. If a government needs to stimulate the economy and make people buy more, the interest rates will be lowered to boost consumer borrowing and spending.

If a country faces inflation or money oversaturation, the interest rates will be increased to prevent people from active borrowing and spending. In such a way, theoretically, the money volumes in circulation are reduced, and the currency regains its value.

What you need to know to conduct carry trade in forex successfully is what country is currently reducing its rates and what country is increasing them. Then you can borrow the low-interest assets and invest in the high-interest ones.

Okay, you have money in your pockets and are ready to risk a bit. How to pick the right currency to do carry trade? It has almost become commonplace to recommend the pairing of the Australian dollar (or New Zealand one, for that matter) and Japanese yen. Japan has steadily pursued the policy of economic stimulation and keeping interest rates low. So it made sense to buy yen, then convert it into the Australian dollar and wait.

However, the Covid-19 pandemic and related economic struggles have made Australia review its monetary policy and lower rates as well. So, it makes little sense to invest in its dollar right now. However, some undervalued currencies or currencies that have the highest interest rates constitute the point of interest. Brazilian real or Mexican pesos are well worth your attention. Investing in African currency may seem lucrative, but you cannot be sure about their political situation and what economic changes may be triggered by natural disasters or military conflicts.

Hence, before you do start trading in real life, practice the carry trade in a demo account. Then you will be ready to make the right decision – and profit.

Interesting Related Article: “How to Trade on Forex If You Are a Beginner“