Marijuana Market: Why Have Dry Herb Vaporizers Taken Over? 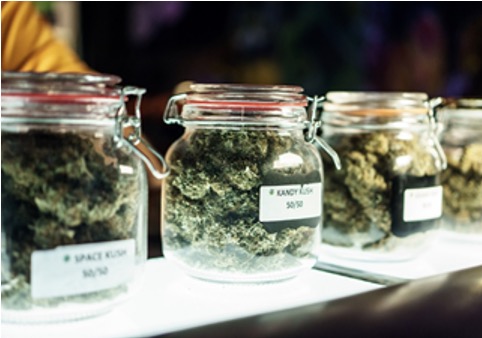 Gone are the days that people would use bongs to consume marijuana, or need to roll joints, which can be very inconvenient and cumbersome. In today’s day and age, a new product has emerged which has become one of the most popular products on the marijuana market; dry herb vaporizers.

What are dry herb vaporizers?

Dry herb vaporizers are a device that has taken the marijuana market by storm, and has become incredibly popular over the last few years, despite having been developed quite a while ago. They are basically devices that are used to vaporize marijuana, and are being used as an alternative to smoking the herb.

Dry herb vaporizers consist mainly of three components; a battery, mouthpiece and chamber. The chamber is where the marijuana is loaded into and is generally made from ceramic materials as they retain heat better, and heat up faster. The preferred choice is quartz however, since they give the best flavor.

The battery is what powers the device and is goes without saying that the higher the mAh, the more charge it holds, and the longer it lasts. Mouthpieces vary from device to device, and they can either be flat, cylindrical, tapered, or made from glass.

What types are there?

One of the reasons dry herb vaporizers have gained so much popularity is because there are a few different devices to choose from, and they suit different needs. The most common are on-demand vaporizers, portable vaporizers and desktop vaporizers.

On-demand vaporizers are also known as pen vaporizers, or session vaporizers, and these don’t really have that many features. They are used to give users the ability to vape on the go, and aren’t meant for the bowl or chamber to be used more than once, hence the name, session vaporizers. They heat up very quickly, don’t have many heat settings, and require the user to vaporize the entire bowl at once.

Portable vaporizers are by far the most popular as they offer a range of features, have bigger chambers, and allow users to vape marijuana when they can. The best feature they offer is adjustable temperature settings, which allows any kind of marijuana to be consumed, and allows the users to customize their high.

Desktop vaporizers are very large, have the most temperature settings, and are required to plugged into a power source in order to be used. They are often used for sharing since they have very large chambers, and are considered to offer the most potent experience, and have the best taste.

Dry herb vaporizers have become incredibly popular for many reasons, but perhaps the biggest one is that they are far healthier than smoking marijuana. For many years it was assumed that marijuana itself had negative health effects, but it was only when dry herb vaporizers were created that it was realized that it was actually the method of consumption that had negative health effects.

This is because when using combustion as the heating method, as it required when using a bong or joint, harmful toxins and carcinogens are created, which are then inhaled. This doesn’t happen when using a dry herb vaporizer since the vaporizers heat the marijuana well below the level that causes those carcinogens and toxins to be created.

What benefits do they offer?

Dry herb vaporizers offer users quite a few benefits that traditional methods of consumption do not. For example, when using a bong to consume marijuana, the user is not able to travel conveniently with it since it is so big. The user would also need to fill it with water, grind the marijuana, use a lighter, put the bong together, and more.

When using a dry herb vaporizer, the user can simply grind the marijuana, or have a bag of ground marijuana, fill the chamber, and then press a button and inhale. This offers a lot of convenience, and in addition to this, portable dry herb vaporizers are very small, which makes it a great choice for those wanting to be discreet.