20 Medical Benefits of Marijuana you probably never knew of

Medical marijuana is revolutionizing the healthcare industry. The legalization of marijuana in many states has allowed medical experts and scientists to research its health benefits. Although studies are still in the early stages, they are promising. 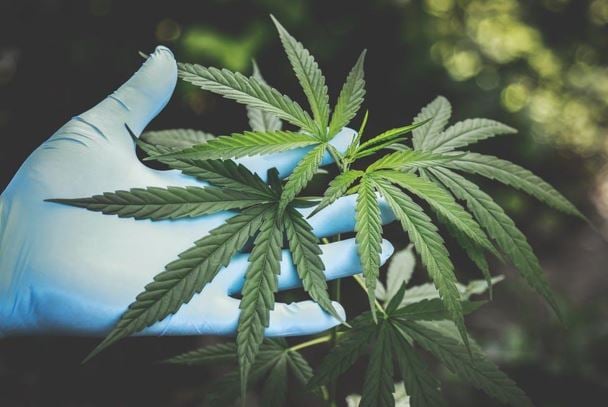 Because of its health effects, marijuana is now readily available in various forms. You can get quality products from a marijuana dispensary or online shop to enjoy the full benefits.

Here are the medical benefits of marijuana that will catch you by surprise.

Persistent pain often results from an operation or an injury. Many medications help in managing chronic pain, but none seems to be effective like marijuana.

Research reveals that marijuana might help to reduce chronic neuropathic pain linked with many diseases. This was revealed in a 2011 study investigating the effects of smoking marijuana on chronic pain patients. The study shows that consuming marijuana regularly significantly reduced pain.

The two main cannabinoids in marijuana are CBD and THC. CBD can help to reduce anxiety. Animal studies show CBD’s potential in treating Generalized anxiety disorder (GAD). It can also treat other forms of anxiety such as post-traumatic stress disorder (PTSD), anxiety disorder (SAD), and eases insomnia caused by anxiety.

3.    May Help to Treat Depression

Imbalance in serotonin levels is one of the main causes of mental disorders. When there is less serotonin in the brain, it negatively impacts mood causing anxiety, and depression. Since THC is a powerful antidepressant, it can influence your brain to produce serotonin, thus easing depression.

Nausea is a common problem among chemotherapy patients. According to a study, both THC and CBD have antiemetic effects that help in regulating nausea.

Many factors can cause a loss of appetite. However, it is common among cancer and AIDS patients. This condition can cause reduced weight and malnutrition. Studies claim that marijuana use increases both appetite and weight.

ALS is a progressive neurodegenerative disease that causes its victims to lose control of breathing, speaking, eating, etc. Research reveals that cannabinoids in marijuana contain neuroprotective properties that can help to treat ALS.

People with epilepsy suffer from seizures that alter their consciousness and cause uncontrolled physical movements. Taking marijuana with higher concentrations of CBD may help to treat this condition. The exact process CBD treats epilepsy is still unknown, but researchers believe that its interactions with the nerve cells may impact seizures.

BPS or IC is a condition that causes chronic pain in the bladder and during sex and makes the patients want to urinate right away and frequently. The cannabinoids in marijuana activate CB2 receptors, which help in stopping inflammation. Using marijuana significantly reduced bladder weight and bladder inflammation.

10.  Can Help With Osteoarthritis (OA)

While research on the effects of marijuana on OA is limited, animal studies reveal that stimulation of cannabinoid receptors helps manage pain caused by OA. Marijuana is a powerful pain reliever and eases inflammation, which makes it effective for treating arthritis.

Rheumatoid arthritis is different from OA. It’s a chronic inflammatory disorder where the immune system mistakenly attacks the antibodies lining the joints, which cause inflammation, swelling, and pain. Since marijuana is a potent pain reliever, it can help in stopping and suppressing this disease.

12.  Can Help to Ease the Symptoms of Fibromyalgia

While it’s not clear if marijuana can cure this disorder, studies show that it helps treat its symptoms. A study reveals that using marijuana helps fibromyalgia patients ease pain and stiffness on muscles and enhance relaxation.

There are claims that marijuana can help in managing cancer. According to research, marijuana’s cannabinoids can help in stopping the growth of brain cancer.

Glaucoma is a progressive eye condition that can cause permanent blindness. A review analyzed different studies and concluded that cannabinoids might help in treating glaucoma. They have neuroprotective properties and effectively reduce intraocular pressure, a strong risk factor in glaucoma.

Hypertension occurs when blood flows through the arteries at a higher pressure. It is a major risk to heart attacks and may cause brain and kidney problems. A study found out that THC is effective in reducing arterial blood pressure thus helping to manage hypertension.

16.  May Help to Treat Alzheimer’s

Alzheimer’s is a serious progressive disease that leads to dementia. It causes degeneration and death of brain cells leading to a decline in thinking, social, and behavioral skills. A review concluded that marijuana might help in managing Alzheimer’s by suppressing the key causal factor.

Marijuana’s cannabinoids are powerful anti-inflammatory agents that make them effective in treating inflammatory skin disorders like dermatitis, psoriasis, and eczema. Using it helps to ease pain and irritation on the skin due to inflammation.

Research on marijuana for IBS is ongoing. Since marijuana has cannabinoids that resemble those produced by your body, it may reduce intestinal inflammation as other IBS-related depression, diarrhea, and abdominal pain.

Marijuana is a promising treatment for veterans who have PTSD. Some states have already approved the use of medical marijuana to treat PTSD as one of the reasons. Marijuana’s THC works with the body’s cannabinoids to regulate the system that controls fear and anxiety.

Marijuana has been around humans for thousands of years. But even after all these years, marijuana use is still controversial. Research studies suggest that marijuana is a valuable aid in the treatment of many ailments.

This powerful herb has terpenes and cannabinoids that work together to release various effects beneficial to the body. It is a great treatment alternative with mild side effects, unlike pharmaceuticals.

With more research, marijuana may become a game-changer in the healthcare sector. Furthermore, the increasing legalization will make it more available, enabling many people to enjoy these medicinal benefits.