Medical Marijuana For The Terminally Ill 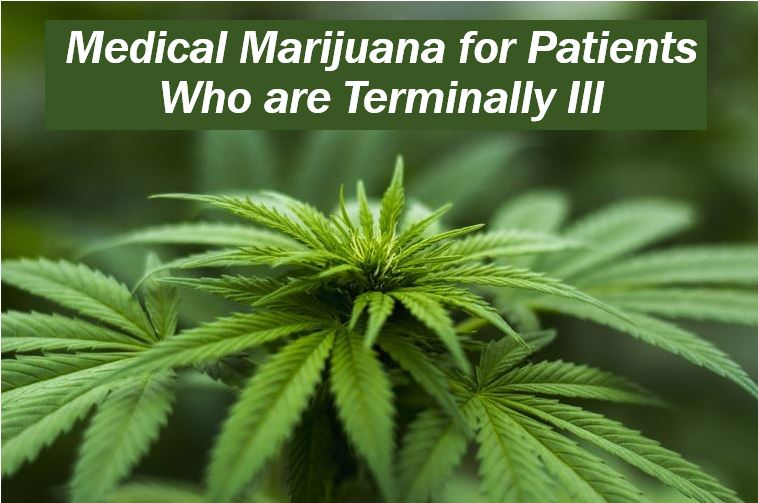 Conventional medicine uses palliative care and treatment to treat the terminally ill. This is to make their last few weeks or months on earth as comfortable as possible. However, most of the medicines come with side effects or fail to curb pain effectively. It can be unpleasant for the patient. In such a situation one can consider the use of medical marijuana.

Medical cannabis can complement conventional methods of treatment. It can also be considered as an alternative method of treatment when the patient is not responding to conventional medicines or is unable to continue it due to the side effects. Studies have proven the effectiveness of medical cannabis in treating the different symptoms linked to terminal illnesses.  Let us find out more about medical marijuana and how it helps the terminally ill.

What Is Medical Marijuana?

Medical marijuana is used to treat different health conditions, symptoms or the disease itself. There are more than 100 chemicals in the marijuana plant which is referred to as the cannabinoids.

The cannabinoids are the active ingredients in medicinal marijuana. Among the cannabinoids, the two major ones used in most of the medicines are Cannabidiol (CBD) and Tetrahydrocannabinol (THC).

Terminal Diseases Where Medical Cannabis Can Come to Aid

Conventional medicines given to the patients include opiates, anti-nausea medications, and antidepressants. Sadly, in most cases taking these medicines might not be enough. And this is where medical Cannabis come to the rescue.

Medical cannabis is versatile and comes from different strains of marijuana. Here is a list of the best strains of medical marijuana and the symptoms they can be used to cure:

It is an indica strain and helps reduce symptoms such as depression, pain, loss of appetite and insomnia

A Sativa strain, Sour Diesel is effective when it comes to managing symptoms such as fatigue, depression, and pain.

It is a hybrid strain and is a cross between Indica strains and Sativa. This can help alleviate nausea, insomnia, pain, and depression.

How Medical Marijuana Can Help The Terminally Ill

The struggles that a terminally ill patient goes through while she/he is under palliative treatment and care are most of the time due to the side effects of the conventional medications used to treat the patient. Besides the pain and other symptoms, most of the patients also will have to deal with emotional issues. From anxiety to depression they may feel a wide range of emotions.

Conventional medicine prescribes anti-depressants to such patients and the side-effects of anti-depressants could even aggravate the struggles. Medicinal cannabis can be considered as a complementary treatment along with the conventional ones or can be used as an alternative option. This indeed explains the popularity of medical cannabis. Visit the  San Francisco Dispensary if you are looking for medical cannabis. After all, why suffer when there is an alternative?

Cannabidiol (CBD) in medical marijuana is good for treating symptoms like nausea, depression, pain, and anxiety in the terminally ill. THC which is another active ingredient in the cannabis plant produces a psychoactive effect. This chemical helps to relieve the patient from nausea and pain and increases his/her appetite.

Nausea, vomiting, and lack of appetite are the most common symptoms among patients suffering from different types of cancers or AIDS. Towards the end of their lives, appetite becomes non-existent in most of these patients. Medical marijuana is known to:

Unlike the anti-depressants and opiates, the results are quick. Once this cannabis has been ingested or inhaled the patient can feel instant relief.

There are different ways by which a terminally ill patient can take medical marijuana as part of their treatment. A few of them are mentioned below:

Take It Orally As Edibles

Patients can take medical marijuana as edibles. This can be done by consuming a lollipop or piece of chocolate that is infused with medical marijuana. Though it takes a longer time to see the results the effects are long-lasting.

Smoking or inhalation of medical cannabis is the most common method which is quite convenient and acts quickly giving relief to the patients from pain and other symptoms. Inhalation is highly advisable for patients suffering from chronic pain. However, this method could be a concern if the patient suffers from respiratory disorders.

Medical cannabis can also be taken as liquids. Drinks that are infused with medical marijuana are taken by patients. This could be mixed along with aerated drinks or brewed as a tea. This is a convenient and simple method and the effects are much stronger and longer lasting.

One of the safest and effective remedies for the terminally ill, medical marijuana can be used as an alternative method of treatment. It can also be used as a complementary treatment option along with conventional methods. Make sure the treatment is taken under the guidance of a qualified medical professional to get the appropriate results.

How To Get Medical Marijuana

You can’t just walk into a dispensary and buy medical Cannabis. In order to get it, you need to have a written recommendation from a licensed doctor. And each state also has its own set of list of qualifying conditions. You may even have to acquire a medical marijuana ID card. Once you have the prescription and or the card, you can buy medical cannabis from a reputed dispensary.

Further reading: All about CBD.