How Mercury Retrograde affects your life?

There is no doubt that planets and their position affect our lives, say astrologers. Those who know about astrology understand how these planetary movements affect our lives and influence things in positive and negative ways. One of the most common terms heard in astrology is retrograde planets. Retrograde is the reverse or backward movement of a planet while orbiting the sun.

According to astrologers, during these retrograde periods, we are more likely to experience adverse events. They recommend people refrain from initiating new projects. People should slow down their pace and think about any new decision calmly and carefully. During the retrograde period, it is always recommended that you monitor your actions carefully and check any recent work. By being extra careful, it is possible to reduce any negative consequences to a minimum. 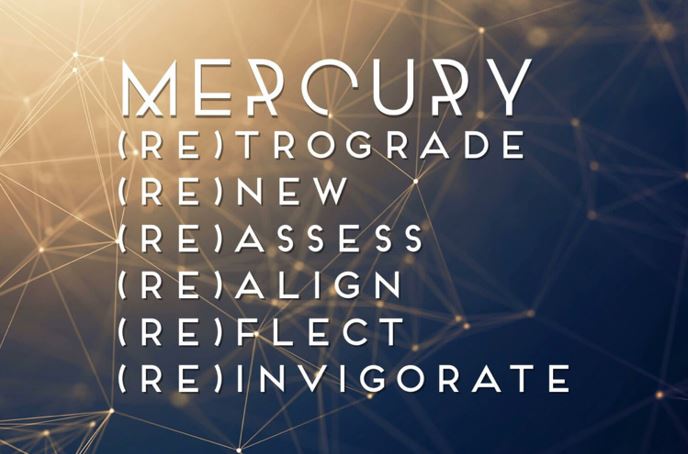 When it comes to planets, we sometimes hear or read the term Mercury Retrograde. It is the backward movement of Mercury while orbiting the Sun, which is an optical illusion when seen from Earth. Mercury, as a planet, affects a lot of areas in people’s lives, say astrologers.

Some significant aspects it brings changes to are communication, thinking, travel, etc. They are responsible for defining the condition of relationships and how a business or any new projects will turn out. The retrograde situation is not entirely negative; however, during this time, things are less likely to proceed as originally planned or expected. It is during this period, astronomers warn, that minor problems such as computer crashes, vehicle breakdowns, and power cuts are more likely to occur.

Slow down your pace

During Mercury retrograde, if you can, avoid signing any new contracts or proceeding with new projects. If initiated, the project will face many different problems and end up hitting an endpoint, without any success, astrologers say. Mercury retrograde does not mean that the effect on our lives will be entirely negative. At this time, we can continue with daily tasks, but at a slower pace than usual.

During this time, we need to remain calm and think twice over any decision and communication. Being patient is the key to prevent mishaps or undesirable events. 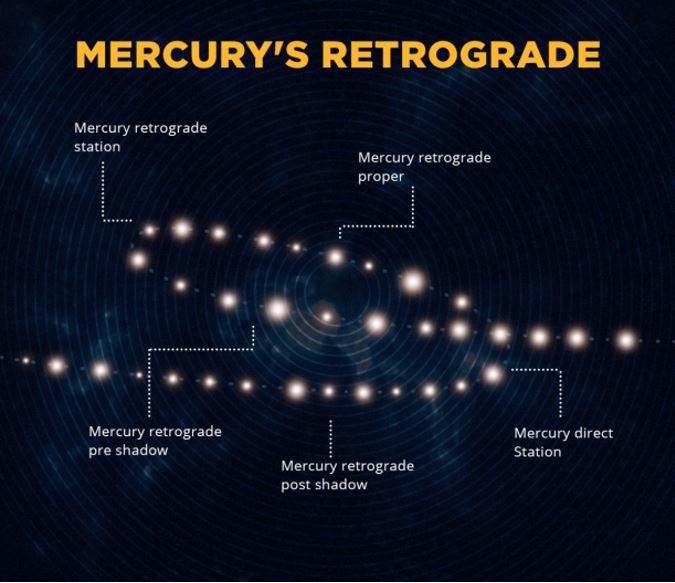 While Mercury retrograde is ongoing, we have to slow down in every aspect of our lives until this period is over. The retrograde Mercury stage can last for a maximum of three weeks at a stretch or less. We should try to remain calm before taking any decision and tie up any loose ends and mistakes done in the past. Remaining calm and serene will make it less likely that we approach tasks aggressively or anxiously.

If you are currently working on a project or something new during the Mercury retrograde phase, astrologers suggest that you carefully check your work for any errors. It is the best time to look out for past mistakes. If you come across any errors, fix them immediately. Starting with a new phase of work is never a good idea during this time, they add. 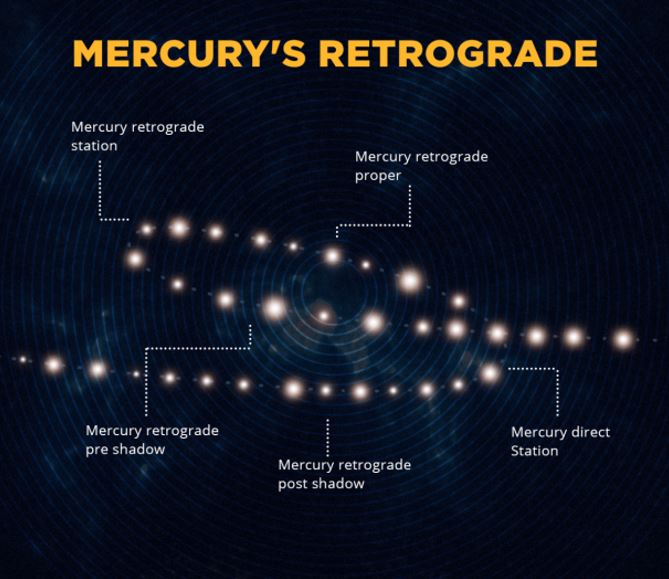 As mentioned earlier, during this phase, it is best to pace yourself, i.e., slow down and proceed attentively and with care. As you proceed, check and double-check everything you do carefully. Some people, such as traders, may experience losses if they invest or speculate in the markets. Markets are all about numbers and angels communicate and send us messages on how to proceed at this time.

The only message the angels send us during this phase, say astrologers, is to calm down and re-evaluate. The period can come at least 2-3 times a year, and we should be prepared before it starts. Try to plan out projects, business commitments, and their execution well in advance. In case the project is already ongoing or you are out of town, if you can, try to avoid traveling any further and do not start any new part of the venture, according to astrologers.

Origin of the word Astrology

The word Astrology first appeared in the English language in the late fourteenth century. At the time, it meant “calculation and foretelling based on observation of heavenly bodies.” It came from the Greek word Astrologia and the Latin word with the same spelling.

Originally, the term had more to do with astronomy. From the 14th century, the meaning of astrology began to change. By the 17th century its meaning had changed to “reading influences of the stars and their effects on human destiny.”