Microsoft To Set The Biggest Tech Merger Deal Since 2016 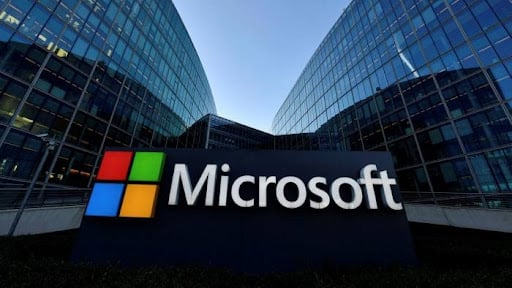 Microsoft have set their eyes on the biggest merger and deal since 2016, with their request to buy the video game publisher Activision Blizzard for $69 billion. This price will be the biggest merger deal in history and is set to eclipse the previous record merger in history, back when Dell was purchased by EMC for $67 billion in 2016. While this merger deal is still not fully signed and agreed upon on paper, it is believed that the merger will go ahead once the shareholders of Activision pass their approval.

Gaming tech has been seen as a very promising space for mergers and acquisitions over the years. With the continuous development of technology, the race to be the best is one of the most difficult battles that many gaming corporations face, there is always a risk to be overtaken by more relevant and current gaming opportunities. CSGO was once faced with very similar situations, being that it was a gaming prospect founded in the late 90s, now however, with the development of technology, blockchain and CSGO gambling promotion codes, it has allowed CSGO to keep flourishing on the market. Take a look at CSGOEmpire, the leading CSGO betting site in 2022. Microsoft, a company that differs from the founders of CSGO in many ways, wishes to also push their gaming opportunities to new climbs, to ensure they stay current and on top, understandably.

When Microsoft made the official announcement via their social media pages of LinkedIn of their previous request of mergers and acquisitions in the past, they were valued at a $260 billion market cap, whereas now they are no longer proportionally small. Microsoft today is estimated at $2.3 trillion, and towards this merger, they will only be paying up 3% of their total market towards the Activision merger. It is very clear to witness the differences between not so long ago, when Microsoft tried to merge and acquire Yahoo, to today’s current standard.

Additionally, rather than increasing their stock value, Microsoft will be paying up to its investors, in cash-making this an even larger merger deal for the headlines. It is a hefty load-nevertheless, Microsoft can afford it. As of the 30th of September 2021, it is believed that Microsoft were sitting on a total of $130 billion in cash, and 85% of that came from short-term investments.

Microsoft’s purchase price is currently at a 45% premium for Activison’s closing price (estimated on Friday 21st January), however Microsoft seem very enthusiastic about finishing this deal ahead of time delays that could occur if it is prolonged. Just yesterday, the stock value of Microsoft fell by 2.4%, and that is in line with many of the other stocks that reign on the stock market currently.

This merger reflects where Microsoft wishes to go for the future. It does hint subtly, that there may be an interest in Microsoft to expand a further presence beyond their current efforts over Xbox and the empire they have founded thus far there. Many question that there is a potential opening to expand further possibilities on the already existing Game Pass that Microsoft have up and running, but alas no official press release has been announced in agreement or against the fact-it is just a matter of speculation for now.

One thing that is very sure of this merger, it’s the largest all-cash offer of the history books, and will present some huge strategic value to Microsoft, particularly in terms of where Microsoft stand, in regard to their portfolio within the consumer technology sector. Many financial institutions believe now is the best time ever to invest within Microsoft shares, if one has not done so already. In light of everything that is yet to happen, Microsoft represents a long-term share opportunity, with the power moves they are making as of now.