Top 6 Misconceptions About Cryptocurrency And Blockchain

Although cryptocurrencies have not existed for a long time, they have long been as a target by various attacks and prejudices. Since their creation in 2009, there have been multiple rumors about them. People may have heard of them on television or social media, perhaps even in conversations with work colleagues or with friends on Friday evenings.

But many people are in a hurry to judge cryptocurrencies without knowing about them. For some, they have been and continue to be a great way to invest and profit, while for others are just a big bubble and a quick way to lose money.

But let’s take a look below at the top 6 misconceptions about cryptocurrencies.

Probably the biggest myth from all is the one that cryptocurrencies are a scam. Maybe some initial coin offerings have been fraudulent, but these cases can always be identified. Furthermore, there are possibilities that an investor could be driven to a fraudulent activity but this happens due to the lack of learning about the details of the opportunity.

Just like in traditional investment, there are risks when investing in cryptocurrency also. But, cryptocurrencies are not a scam, and they have been proven to be an excellent investment for many, whether they have done it manually or using trading bots such as the bitcoin pro app.

If not the biggest, this probably stands as the oldest myths. Many think that bitcoin and other cryptocurrencies are engaged in illegal activities. The Social Science Research Network has done a study where it says that only 25% of bitcoin users and roughly 44% of bitcoin transactions are engaged in illegal use. However, this cannot be used as an argument since traditional money has been used throughout the years for unlawful related activities.

No one denies that cryptocurrencies are a good opportunity to make profits, but they are not “overnight success,” as some might call them. Those who have invested since the existence of cryptocurrencies in 2017 have experienced huge profits. But it does not mean that you will only invest and then get rich. Investing and trading in cryptocurrency requires knowledge and time to operate in order to achieve results.

Understandably, people tend to think that bitcoin is only for internet geeks since it is dominated by talk of blockchains, hashrates, mining, coding, hard forks, etc. But they are not only for internet geeks. There is more than that. On its core nature, bitcoin is a peer to peer exchange value that allows people to send and receive payments all over the world without intermediaries.

Since they are relatively new and they are not attached to any country, cryptocurrencies have been seen by some people as useless, or not a real currency.

They are not physical but are considered a property that can be exchanged for fiat currency or other goods. Obviously, it has value since people accept it and trade it. Probably the most famous exchange was when a man decided to trade his bitcoin for a pizza back on the early bitcoin days. 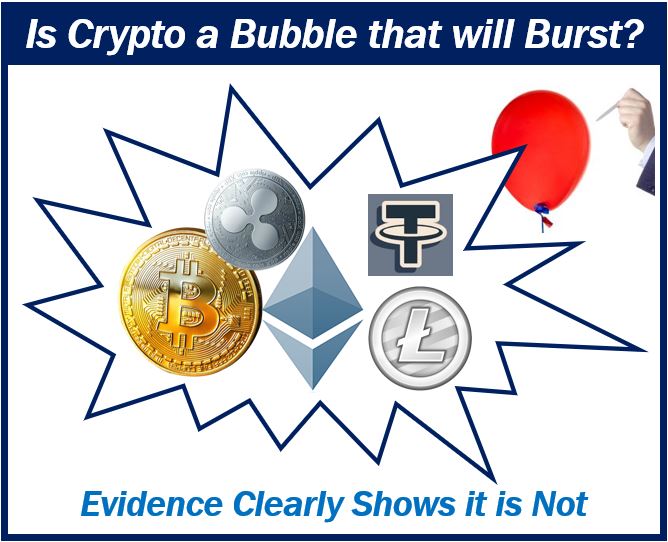 We have witnessed cryptocurrency prices go up and down, specifically bitcoin. Cryptocurrencies are aligned to marked demand and mining costs. And they have been volatile. The market sometimes falls just like it does for the U.S. dollar or the EURO.

In 2017 bitcoin almost hit $19,000, and recently due to the coronavirus pandemic, bitcoin hit its lowest price, going down to nearly $3,000. Therefore, bitcoin has gone up and down, but it has never gone away, and it is here to stay! Many, actually consider it as the future.

Interesting related article: “What are blocks?“