What Is a Man-in-the-Middle Attack, and How Can You Prevent It? 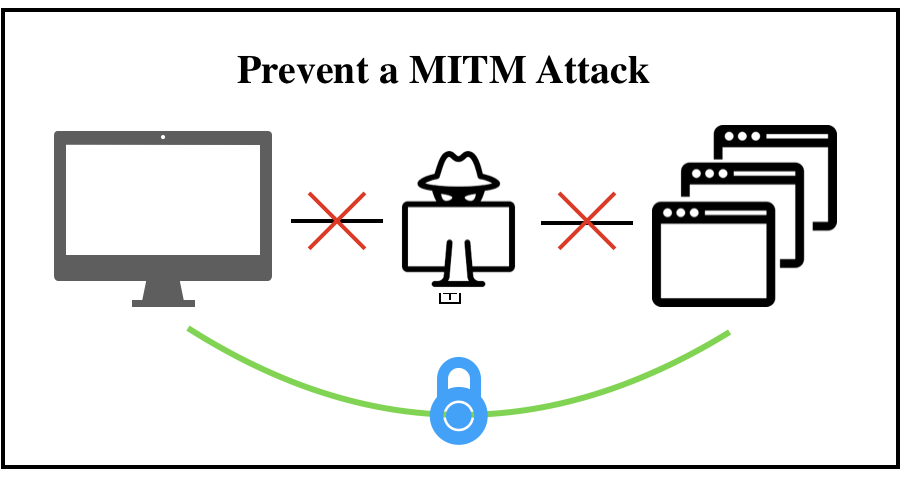 When it comes to cybersecurity strategies and tools in a business, there is a lot to think about and there are many choices to make, whether you’re a small business or a large enterprise. For example, there needs to be a combination of privacy and security, and this leads to the question of DNS over HTTPS and what the potential benefits and downsides might be.

Regardless of these highly specific elements of network security, it’s essential for everyone in an organization to have at least a basic level of understanding of threats that exist and what their role is in preventing them or reporting them.

One of the most common types of attacks that any employee could face is a man-in-the-middle attack.

A man-in-the-middle attack is not just common, but it is preventable. The following is an overview of the MITM attack and how organizations can work to prevent them.

The Basics of the MITM Attack

A man-in-the-middle attack is a cybersecurity attack that lets attackers spy on communication between their targets.

What would essentially happen in one of these situations is that there would be two targets having a legitimate conversation.

Then, the attacker would listen in on a conversation they shouldn’t have access to.

An attacker in this situation might relay the information, or they could alter it as well, and that would mean the two people who think they are talking with one another aren’t in reality.

An example of this that applies to the real world would be the following: you get an email that’s supposedly from your bank. The email asks you to log in and confirm a bit of information, so you click the link provided in the email to do so.

Then, you go to a website where you think that you’re giving information to your bank.

The man-in-the-middle actually sent you an email, and then created a site to get your credentials.

This is a complex attack because it also includes elements of phishing, but it gives a general idea of how this could affect any employee within an organization, thus the relevance of discussing this kind of attack on its own.

While the above describes a general MITM situation, there are specific ways these attacks occur.

There’s DNS spoofing as well, in which an attacker tries to put corrupted DNS cache information to a host to try and access another host using their domain name.

SSL stripping occurs as an attacker tries to break down communication between a client and a server into an unencrypted format, so they can conduct their attack.

The victim, in this case, would try to connect to a server. The attacker would then intercept the request and create a legitimate connection to the server through the HTTPS protocol.

As the attacker gets the response from the server, they send it back to the victim acting as the server and sending it unencrypted. Then, the victim thinks that they’re communicating with the intended party, so they’ll keep sending information.

Another form of a MITM attack is email hijacking. With this type of attack on an email address, the hacker gets control of the victim’s email account. They then eavesdrop on communications so they can use the information for their own purposes.

You need to have methods in place for page authentication and tamper detection. Even with those standards, you may need to delve into more analysis after an attack if one occurs.

There are many different routes you can take to prevent a MITM attack. One of these is having strong encryption tools in place on wireless access points. This can help prevent people from joining your network. The better the encryption, the better protected you are.

Strengthening router login credentials is another way to improve security and reduce the likelihood of a MITM attack.

A virtual private network or VPN utilizes key-based encryption, which is valuable for secure communication.