Mohegan Sun Was Voted the Best Casino Hotel in the USA 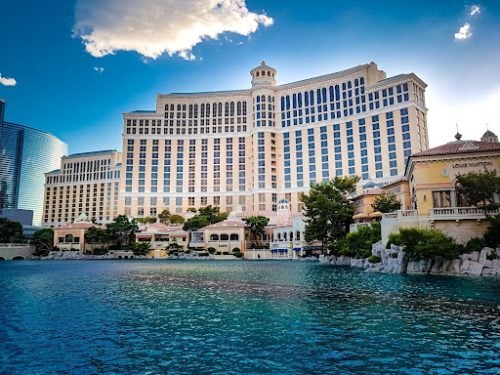 In the USA TODAY’s “Best Casino Hotel” category 10Best Readers’ Choice Awards, it was Mohegan Sun that was ranked first once again. This accolade has now been given to Mohegan Sun for the fifth consecutive year. Earlier this year, visitors of the 10Best Readers’ Choice Awards cast their votes after several specialists, including writers from 10Best.com, USA TODAY, and other pertinent sites, and chose the best establishments. Mohegan Sun also received top-five rankings for both “Best Player’s Club” and “Best Casino Outside of Las Vegas.”

Major Recognitions and Accomplishments of the Mohegan Sun

In these 10Best.com Readers’ Choice Awards, whose focus was on the best resorts and casinos in the US, Mohegan Sun was placed 5th for “Best Player’s Club” and 5th for “Best Casino Outside of Las Vegas.” On 10Best.com, which gets an average of 5 million visits each month, voters cast their preferences over four weeks. These accomplishments alone show the dedication of the Mohegan Sun to excellent service, not only that but the MoheganSunCasino is also recognized as one of the top online casinos in the US.

In addition, Forbes’ annual ranking of the greatest jobs in every US state once again featured Mohegan, the company that owns Mohegan Sun. It is an unaffiliated survey that drew responses from a large pool of around 70,000 US citizens who work for companies in the USA that employ 500+ people.

It is a great pleasure for Mohegan Sun to receive the designation of Best Casino Hotel for five years running, according to Jeff Hamilton, President & General Manager of Mohegan Sun. He stated that the business takes great pleasure in providing outstanding guest service, top-notch amenities, and one of the greatest casino resort experiences available. Awards from publications like USA TODAY serve as a monument to the dedication and skill of the Mohegan Sun staff.

Fabulous Locations of the Mohegan Sun

Together, the Earth Tower and Sky Tower at Mohegan Sun provide close to 1,600 spacious, professionally decorated rooms for guests, including 200+ VIP rooms. The third level of Sky Tower is home to Mohegan Sun’s Mandara Spa, which also has an affiliate location on the first floor of Earth Tower. Additionally, the Mohegan Sun hotel provides access to a soothing pool, an outside patio, a stunning view of the Thames River, etc.

The FanDuel Sportsbook at Mohegan Sun, which boasts the largest TV wall on the East Coast (140 feet), 220+ seating accommodations, a special mezzanine floor, a bar and a restaurant, several opportunities to wager on the biggest events, and more, was also launched by Mohegan Sun in 2022. Via MoheganSunCasino.com, mobile apps, and a FanDuel partnership, Mohegan Sun provides customers with iGaming and sportsbook action.