Monero cryptocurrency is gaining more and more popularity and occupies one of the leading places in the market. In this cryptocurrency overview, we will explain what XMR is in simple terms and offer our Monero price prediction for 2022.

The XMR cryptocurrency is based on the CryptoNote technology, which is notable for its emphasis on greater transaction secrecy. This is made feasible by the use of open-source software and the Proof-of-Work consensus method in Monero.

The CryptoNote protocol, in turn, works on the basis of ring signatures. This basis provides users with the ability to confirm the procedure if they have keys. The main indicator of the security of ring signatures is the complete anonymity of the sender. The identity cannot be found in any way.

How Does Monero Mining Work?

Unlike Bitcoin, the total emission of this coin is not limited. After the initial release of 18.4 million XMR, the subsequent mining will bring 0.6 new XMR for each 2-minute block. This was done so that the miners would continue to support the system even after the completion of the main emission.

To avoid an excessive increase in the block in the blockchain, a penalty algorithm was built into the program, which automatically reduces the miner’s commission after exceeding a certain threshold. Mining Monero is easier even purely technically: unlike many cryptocurrencies and the same Bitcoin, this can be done using video cards (so-called GPU mining) and even using processors (CPU mining). As a result, even the most simple and old laptop can cope with the extraction of these coins, at least in theory.

Mining instructions and the necessary software can be found on the official website, where you can also find a more detailed encyclopedia of all terms related to Monero.

Pros and Cons of Monero

If you want to buy Monero (XMR) cryptocurrency and don’t know if it’s worth it, here are the main pros to consider:

However, no pros exist without cons. Take a look at them as well:

Those who invested in this coin at the beginning of 2017 at a price of $13 could note a margin of almost 300% by the end of December – the Monero exchange rate against the dollar reached $476.4. The same refers to the Changelly cryptocurrency platform.

After this peak, the price of Monero gradually fell, and by January-February 2019, the Monero exchange rate against the dollar fluctuated around $50. By the beginning of 2020, the coin had grown by a third again, but the outbreak of the coronavirus pandemic once again brought the altcoin down to $35. The coin ended the first year of COVID at a more than decent level of $156.57.

The first few months of 2021 have been very hot for all cryptocurrencies, and Monero is no exception. Fluctuations of tens of percent have become the norm even at very short intervals. Be that as it may, on May 7, the coin updated its all-time high of $517.62. 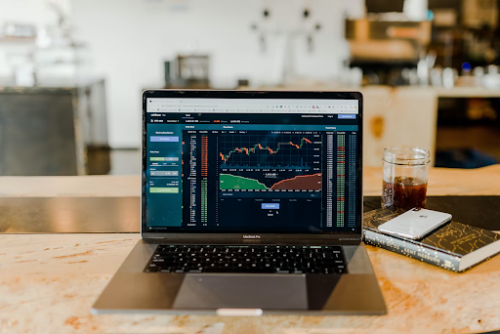 Monero is a perspective cryptocurrency and its rate is always on the rise. The digital coin has a number of benefits and is safe to trade.  So if you are still doubting whether to invest in XMR, just find a reliable trading platform and give this cryptocurrency a try.