“Genius, like gold and precious stones, is chiefly prized because of its rarity.”
(Mark Twain)

Leading precious metals refining company Tony Goetz NV highlights a set of core characteristics that are common to all precious metals which are: they must be naturally occurring and not artificially manufactured, they must be rare, and they must be highly valued for their functional or esthetic value —and often both.

What one culture (or sometimes, one country) deems treasured and cherished, another may appreciate — but not necessarily prize; at least not to the same extent.

In view of the above three fundamental characteristics — naturally occurring, rare, and highly valued — Tony Goetz NV lists the six most precious metals on earth as detailed below:

Gold (atomic number 79, chemical symbol “Au”, periodic group 11) is easily the best-known — and for many individuals and businesses, the most desired — of all precious metals; not just for its esthetic qualities or financial potential, but also due to its versatility and functionality in critically important products and systems; including those that can save lives.

Metal refinery experts from Tony Goetz NV, which is headquartered in Antwerp, Belgium State note that while virtually everyone knows that gold is coveted for jewelry and a staple financial investment asset, relatively few people know that gold nanoparticles are used in some chemotherapy treatments, and astronauts rely on gold-plated helmet visors to protect themselves from harmful infrared rays from the sun. Gold is astonishingly useful. You can learn about this from Reldan. 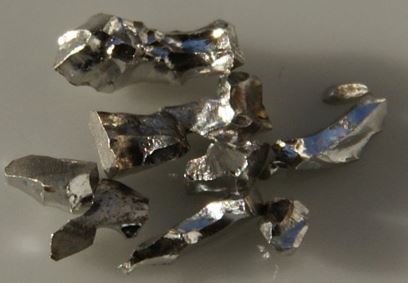 Iridium (atomic number 77, chemical symbol “Ir”, period group 9) has some interesting characteristics such as its signature colorful salts, and that a thin layer of iridium exists in the Earth’s crust — a fact that, according to some traditions, give this precious metal a supernatural, mystical, spiritual and metaphysical significance and value. Iridium also has a very high melting point and density and is the world’s most corrosive-resistant precious metal. It is used in special alloys and to manufacture the contacts in spark plugs.

According to Tony Goetz NV: One of the reasons that iridium is surrounded by so much mystique and lore, is because some scientists speculate that the meteor or asteroid that hit the earth about 65 million years ago and wiped out the dinosaurs caused a massive dust cloud, which is the source of all the world’s iridium. 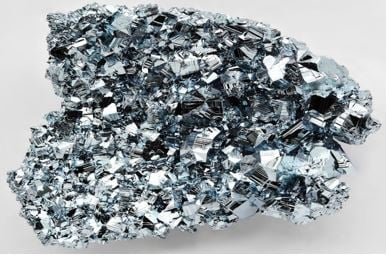 Osmium (atomic number 76, chemical symbol “Os”, period group 8) was discovered in 1803, and is the densest of all metals. It is also toxic and emits a characteristically unpleasant smell. In fact, the label osmium derives from the Greek word some, which means “smell.” Osmium is used in the manufacture of instrument pivots, electrical contacts, and the tips of fountain pens. It is also used to harden alloys and stain biological samples (e.g. fatty tissues) for microscopy slides.

The professionals at Tony Goetz NV claim that osmium is the rarest of all stable elements, and in its naturally occurring form is only present in 0.05 parts per billion in the Earth’s crust. As a result, it is chiefly generated as a by-product of nickel and copper refining. This process involves dissolving the leftover product in acid and extracting osmium. Since it is highly toxic, osmium is rarely used in its pure form. 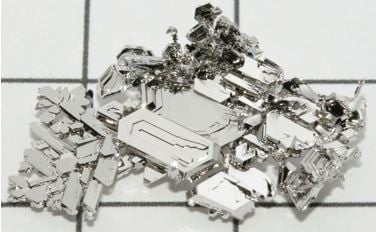 Platinum (atomic number 78, chemical symbol “Pt”, period group 10) is highly valued due to its inherent malleability (i.e. ability to be shaped into something else without breaking), as well as its dense, ductile, non-corrosive, and non-reactive characteristics.

As with gold, platinum is used extensively to craft exquisite luxury jewelry and watches, but its versatility and application extends well beyond this. Platinum is remarkably efficient and effective in converting harmful gases before they enter the atmosphere, which is why this precious metal is widely used in vehicle catalytic converters. 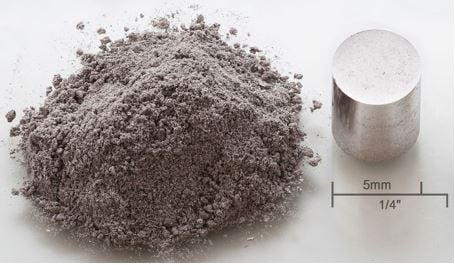 Rhodium (atomic number 45, chemical symbol “Rh”, periodic group 9) is considered a noble metal, because it resists corrosion and oxidation in moist air. Other noble metals include silver, osmium, iridium, palladium, platinum, gold, and ruthenium. As with platinum, rhodium is widely used in vehicle catalytic converters, in order to prevent harmful pollutants formed during the fuel combustion process — namely hydrocarbons, carbon monoxide, and nitrogen oxide — from being emitted into the environment.

Rhodium is also used to coat fibers and optical mirrors, and in nuclear reactors to measure neutron flux levels.

Although most people have never seen rhodium — or would not know if they had — they have doubtlessly relied on it in their vehicles, and in many other applications. Rhodium is the rarest of all non-radioactive metals, and around the world only about 30 tons are produced per year. 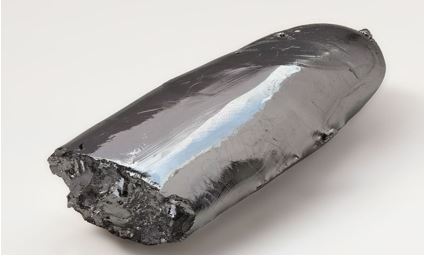 Ruthenium (atomic number 44, chemical symbol “Ru”, periodic group 8) owes its name to the Latin word for Russia (“Ruthenia”). Ruthenium is mainly used as an alloy to harden palladium and platinum, so they can be used in the creation of wear-resistant electrical contacts (the integration of ruthenium allows for a much thinner coating of palladium and platinum than would otherwise be required). Ruthenium is also used in catalysts to produce ammonia from natural gas, and to produce acetic acid from methanol.

A spokesperson from Tony Goetz NV notes: Ruthenium was one of the last platinum group metals to be discovered, and it is the only group 8 element without two electrons in its outer shell. It is also quite expensive, selling for around $1300 USD per kilogram, but it was as high as about $1700 a kilogram a few years ago. The price has risen significantly in recent years due to a variety of factors, such as scarcity, small size of the market, and concentrated supply. South Africa produces about 80% of the world’s ruthenium.

Interesting related article: “What are Commodities?“