Betting is one of the oldest traditions that grows and changes with time. From traditional betting casinos, online casinos and the crypto betting sites arose. One of the primary reasons why online casinos have become so popular is their innovative technology. The best crypto casino sites and other casinos use up-to-date technology to make gaming better and convenient for punters. 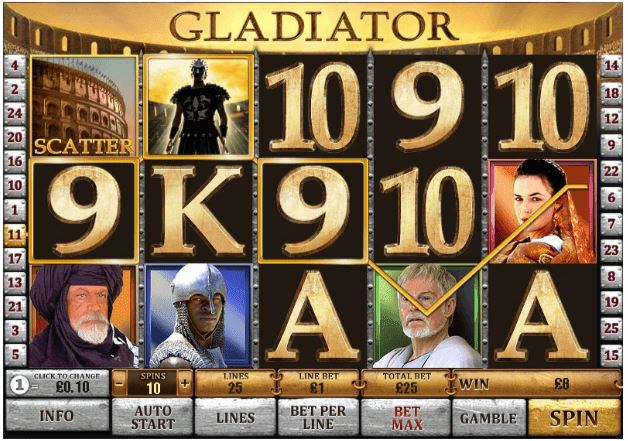 First, they offer several alternatives for games where gamblers from every part of the world can select from. Second, these games are not just games; they are as thrilling and captivating as the bonuses they offer. With big-time game developers, these games feature attractive animation and creative storylines.

The casino games we see these days are gotten from several ideas from different sources. One of the significant inspirations of slot machines is movies.

Movies have made an irreversible break in the industry and are still expanding. They are the highest source of funds in the entertainment industry. Therefore, it is only practical for the betting industry. Movie-themed slots have become common as they replicate the setting and movie plot in the game.

The game covers different genres, including action, horror, and even comedy. In this way, gamblers can play games that feature their favorite movies.

What are Slot machines and slot games?

Slot machines are betting machines that have several reels that spin when a player pushes them. Initially, a person can operate it with only one lever at the machine’s side. The lever is different from the button that causes the spin.

Most of the games centered around different kinds of fruits. However, over the years, there have been modern variations of the machine and its games.

In 1994, Jurassic Park debuted and became a favorite movie of many. With its success, there have been sequels and other inspired films. The movie stars Sam Neill and Laura Dern in a world of nature and dinosaurs.

In 2014, Microgaming released a slot that had a theme centered around the movie. In the game, the players enter into the animated world of dinosaurs seen in the film. The company used a high-resolution 3D image that makes the game very realistic, giving players a real-life feel. Microgaming also used parallax scrolling, which causes the graphics background to move slower than other images.

With a creative team, the company’s slot features different dinosaurs, including T-Rx, triceratops, and velociraptors. The slot also offers several bonuses in the form of free spins.

Another classic, the dark knight, is a famous movie loved by fans of the caped crusader of Gotham. The Dark Knight has several slot variations to choose from. A good example is the Batman and Joker-themed slot.

Created by Microgaming, the slots offer a unique experience for gamblers. The slot replicates the dark and Gothic ambiance of the city with entertaining adventures.

In Microgaming’s slot, a player has 243 different ways to win with a maximum bet of 600. While playing, players have the opportunity to get a bonus round and several free spins.

Progressive Jackpots in the Dark Knight are in four categories – mini, minor, mega, and major. Because of this feature, it has a lower RTP rate of 88%.

Aside from Microgaming, IGT and Playtech have slots with the same theme.

Justice League is a famous movie that emerged from the DC universe. Here, we see a long line of heroes charged with the task of protecting the world. Heroes like Wonder Woman and Batman have inspired several slots as well.

Playtech, one of the renowned casino games developers, developed slots with themes based on the movie. More specifically, it follows the 2017 version of the heroes’ allegiance. The slot features popular characters of the film together with relevant symbols.

The game has several exciting attributes that hold a player’s attention. For instance, a superhero can be triggered, and it turns the rest wild. It also offers free games with six modes to unlock.

Justice League is not just exciting but offers significant bonuses to punters. The most exciting reward is the four large jackpot prizes a player can win a Lucky spin.

The Mummy is a popular culture classic that replicates the captivating Egyptian era. The movie debuted in 1999 from Universal Studios. Its star actors were Brendan Fraser and Rachel Weisz, whose characters were beautifully portrayed.

Playtech created slot machines with games that placed a player at the center of The Mummy’s world. With commendable graphics, the games have several features that keep you entertained.

The game has 25 paylines and 5 reels with a betting limit that ranges from $0.05 – $1. There are several bonuses for a player in the Mummy. First is a Lost City Adventure bonus that can activate randomly and increase your playtime and your winnings. There are five symbols that can trigger the jacket of 10,000 coins.

In addition, there is a Mummy hunt game where players hunt and kill as many mummies as possible. When a player kills ten mummies, a video clip is unlocked.

Ghost hunting is an interesting concept that the movie industry has explored several times. Ghostbusters, another excellent movie, also caught the eye of the betting industry. Therefore, IGT picked the theme and made it into an exciting themed slot. It features precise graphics and the theme music from the movie, which makes it more realistic.

Aside from the central characters, the game features several tools that are in the movie.

The slot machine features 50 bet lines and 5 reels with a betting range of up to $50 for a line. Some of these tools, like ghost traps, Ecto-1, and proton packs, serve as symbols. In addition, it features bonus rounds, cash awards, and a jackpot.

In the market, there are several slot themes drawn from movie titles. However, not every crypto casino that offers these slots is suitable. As fascinating as the games may be, players should not forget other important factors to look out for, and their safe financial status.

Therefore, when opting for movie-themed slots, remember to consider the security and reliability of the casino.