Moving Out of Los Angeles – A Complete Guide 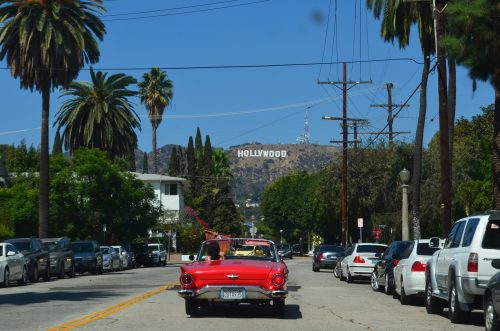 If you’re like thousands of other Los Angeles, California residents, you’re looking to move.

Maybe you’re relocating for a new job opportunity. Maybe for family. Maybe your reason for moving is a bit less exciting. Many LA residents are moving to escape some of the city’s economic & social pitfalls.

Some are moving themselves just next door, while some need to find a company to move them clear across the country.

Regardless of your specific situation for moving out of LA, we will tell you everything you need to know to make the most of your move.

In fact, Los Angeles was the most moved-out from city in 2021, and that trend is continuing into 2022.

Why are people moving out of LA?

We know that the rise in remote work from the pandemic has liberated workers to move to wherever they want. But why does everyone want out of LA specifically?

The main reason cited is the astronomical housing price.The cost to build a house has increased significantly in LA, often times more than $400 per square foot. Simply put, people want to be able to afford to buy a house, and that’s next-to impossible for many LA residents.

Other reasons cited for people moving out of Los Angeles and California include a general high cost of living, unemployment, and political problems.

People want to live in California, but many either simply can’t afford it, or can’t handle the political pitfalls.

Where Are Los Angelinos Moving To?

Where are people moving from Los Angeles to?

A simple Google search reveals some common destinations that LA residents are moving to.

The most popular state for relocation out of California is Texas. Other popular states include Arizona, Nevada, Washington, and Oregon.

What Is the Best Way to Move Out of Los Angeles?

If you’re looking to move out of Los Angeles too, it’s important to follow some simple tips & tricks to make your move less stressful.

First, you want to start planning early. The sooner you begin planning, the less stressful it will be. Begin by taking inventory of your belongings and seeing if there is anything you can get rid of. The less stuff you have to move, the easier and cheaper your move will be.

Packing your own stuff is a great way to save money. If you choose to do this, start packing things like storage closets as early as possible. Also be sure to label everything in detail – you will thank yourself when it comes time to unpack.

You will also need to decide how you’re going to move. A truck rental do-it-yourself move will be cheaper, but also a considerable amount of work.

If you’re hiring movers, it is important to do your research to find a good company. Start by checking online reviews, and then ask your friends if they know of any good companies.

Another option for moving is container rental. This is a good middle-option for pricing and amount of work required. With a container rental, you do the packing, loading, and unloading, but a moving company transports the goods for you.

Regardless of how you decide to move out of Los Angeles, the most important thing is to start planning and prepping as early as possible. Ideally at least 1 month in advance.

Los Angeles is a great place to live, but many people simply can’t afford it. The rise in remote work has liberated people to move to a place where the cost of living is a bit more reasonable.

If you’re joining the thousands of Los Angelinos who are relocating, it is important to begin planning early for a smooth move.